Women and the right to food 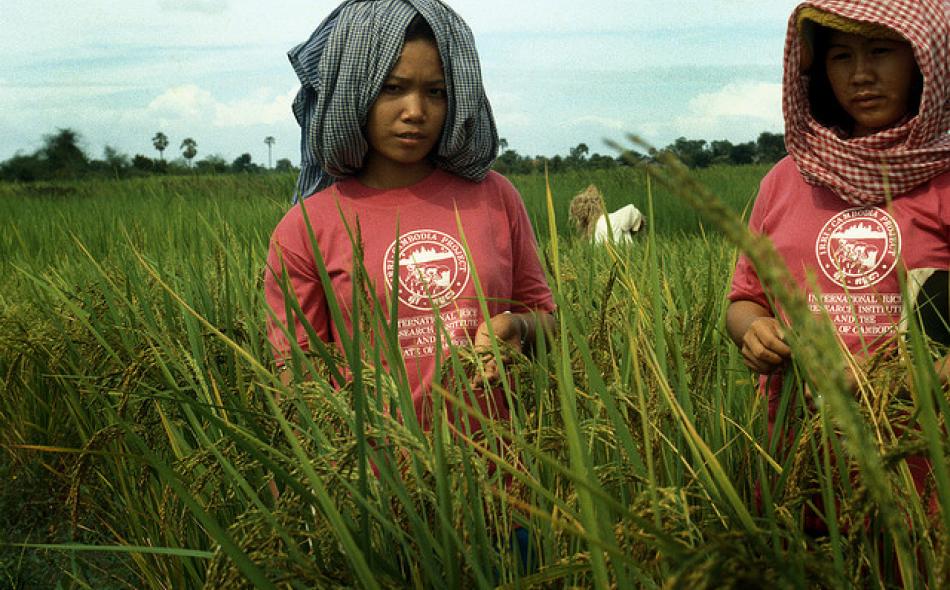 In mid-September, I had the pleasure to attend a two-day consultation run by the Center for Women's Global Leadership (CWGL), housed at Rutgers University (which, by the way, I was told boasts a freshman year this year that includes no less than 46 percent first generation university students. Kudos!). The consultation was the third that the CWGL has held with U.N. Special Rapporteurs—last week's was with Olivier de Schutter, UN Special Rapporteur on the right to food. Dr. de Schutter is in the first stages of preparing a report on women's rights and the right to food, which he will present to the U.N. Human Rights Commission in March 2012. CWGL assembled a group of some 30 people to discuss the report, focusing on the right to food, gender equality and macro-economics. It was a great two-day brainstorm with a lot of smart and experienced (mostly) women. Fun and stimulating and useful.

The highlights? It's been too long since I had two-days with explicitly feminist thinkers. It was refreshing and demanding, too. There was the perhaps perrenial struggle in feminist analysis with how to manage the micro-macro links. In the end, for me, women's issues are centred on power issues: decision-making power, whether in cultural, social, economic or political matters. The struggle is often first and foremost in the home. A patriarchy, after all, is about the father. Yet we know that patriarchy is perpetuated right through to the highest levels of decision-making. As IATP Food and Community fellow Raj Patel said in one session, questions like which debts count and which get forgiven; which sectors of the economy suffer inflation, or increased unemployment; whose credit is increased or tightened; which services get cut during a recession—these questions all have gender implications that are almost always unacknowledged by those in power. For women, the big fights are not new, but they are not yet won—the fight for equality as inheritors; equality as automous members of a household; equality in access to productive resources; equality in wages.

For the Special Rapporteur's mandate, the decision to focus on women is important. First, women are over-represented in most of the groups of people whose rights are not respected. Women's lack of equality translates into their being more likely than men to be hungry, uneducated, denied access to land or credit, and more likely to be silenced in decision-making. They increasingly have access to paid employment, but hardly ever—whether in rich or in poor countries—on equal terms. This in itself is reason to act.

Focusing on women also forces attention to the question of political agency: Who makes decisions, in whose name and in whose interests? The Special Rapporteur has written a series of studies and reports that look at macro-economics, from trade to investment to agro-ecological production systems to agribusiness. A report about women and the right to food will add an edge to that work by highlighting important reasons why macro-economics is also about rights. A feminist, just as a human rights activist, must ask not just "What is the policy?" but "Who does it affect, and how?" Invoking a Rawlsian notion of justice (any policy should benefit most the least advantaged), outcomes matter, and a deliberate discrimination in favor of the disadvantaged becomes central.

I'll blog again on some of the main areas of debate from the meeting. Let me finish here with a note of warning that many around the room sounded over the two days: it is all too common to hear arguments for women's rights on purely instrumentalist grounds, as if some reason beyond women's too-often denied humanity was needed as a justification to fight for women's rights. One popular argument is that educated women are better mothers, for example, or that women are better managers of household affairs than men and so should get micro-credit loans. But of course, women have a right to food whether or not they are wives, daughters or mothers. It is a pity that slightly more than half of humanity needs a special report at all. But since we do, many thanks to the Special Rapporteur for taking the time to document the issues, and to CWGL for providing a space and the expertise to ensure it will be a rich report.