A hell of a way to write a Farm Bill 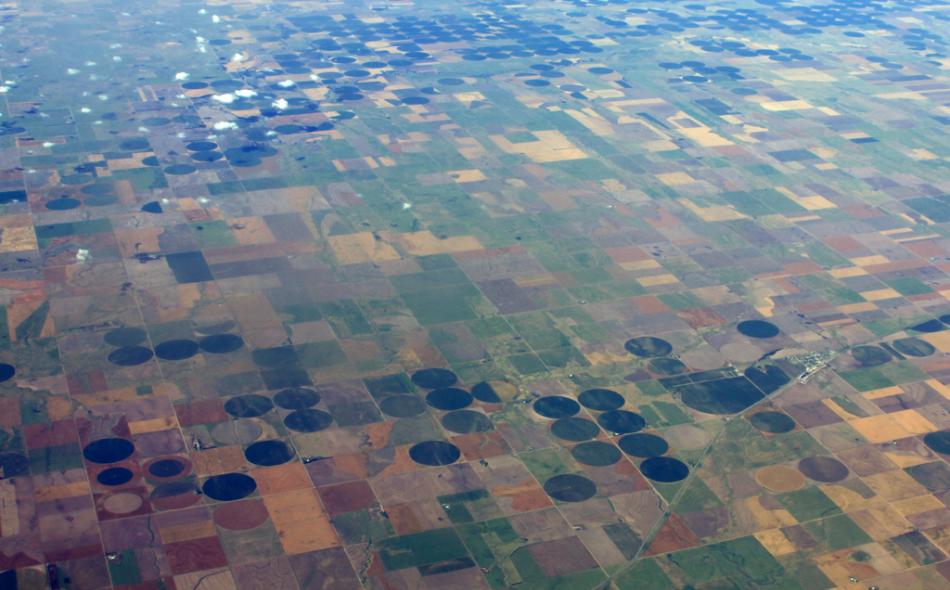 The Farm Bill has a direct effect on the more than 900 million acres in farmland in the United States, the country's 2 million farmers and the 43 million Americans on food assistance.

Used under creative commons license from Wyoming_Jackrabbit
If you want to see what political dysfunction looks like, take a look at how Congress is bungling the nation’s most important food and farm policy—the Farm Bill. The sprawling Farm Bill sets policy for the next five years and is directly relevant to our 2 million farmers, the 43 million people on food assistance and the more than 900 million acres in farmland. It’s also tied less directly to things like rising rates of diet-related disease, rural depopulation and economic struggles, and the water quality and quantity of our nation’s rivers and streams. In other words, it’s a big deal.
The writing of the Farm Bill begs for a deliberative, open discussion of ideas and perspectives on how to best meet the nation’s goals. Instead, there is a strong chance the chairs of the House and Senate Agriculture Committees will submit detailed Farm Bill proposals to the so-called Super Committee by the end of October. The 12-member Super Committee will consider these recommendations in secret. Then, the Super Committee’s proposal on the Farm Bill will be presented after November 23 and put to a simple up or down vote in December.
No hearings, no amendments, no debate. Under this scenario, we may have very little idea about what is in the Farm Bill until after it has passed.
It’s hard to overstate how messed up this is. We now have an environment where highly paid lobbyists thrive and citizen’s voices, along with real reforms, evaporate. One important proposal lost in this toxic political environment is for a new system of farmer-owned reserves put forth by the National Farmers Union earlier this year. Such a system would have saved the government nearly $100 billion dollars from 1998–2008, and helped to stabilize agriculture prices. Another innovative new proposal from Representative Shelly Pingree to help expand local food systems could also fall victim to this backroom process. And there are a whole host of other important initiatives for things like beginning and disadvantaged farmers and organic research that could get lost in the shuffle.
You would think the Agriculture Committee chairs would be up in arms as the Super Committee steals their traditional role of writing the Farm Bill. Well, actually not so much. As Chris Clayton reports, “The Super Committee process will effectively nullify farm-bill opponents in both the House and Senate from affecting the bill, or supplanting it altogether, in a floor debate.” So, Congressional agriculture chairs see the Super Committee process as an opportunity to lock in money for their favorite programs, while preventing amendments from other members of Congress.
This backroom Farm Bill reminds us of the failures of the World Trade Organization—which repeatedly used a similar process (known as the Green Room) to try to negotiate deals among a handful of its most powerful member countries, while ignoring proposals from less powerful countries. Like the Occupy Wall Street Movement, the mass protests at the Seattle WTO Ministerial in 1999 focused on corporate control of what was viewed as an undemocratic decision-making body. Congress might want to review the WTO’s cautionary tale: an intractable stalemate of more than a decade, followed by a major loss of confidence in the institution itself.

How far Congress will go down this take-it-or-leave-it Farm Bill path is unclear. A new poll finds that 84 percent of Americans now disapprove of Congress. It’s hard to see how force-feeding a new Farm Bill will help those numbers.