The sound of food sovereignty in Durban 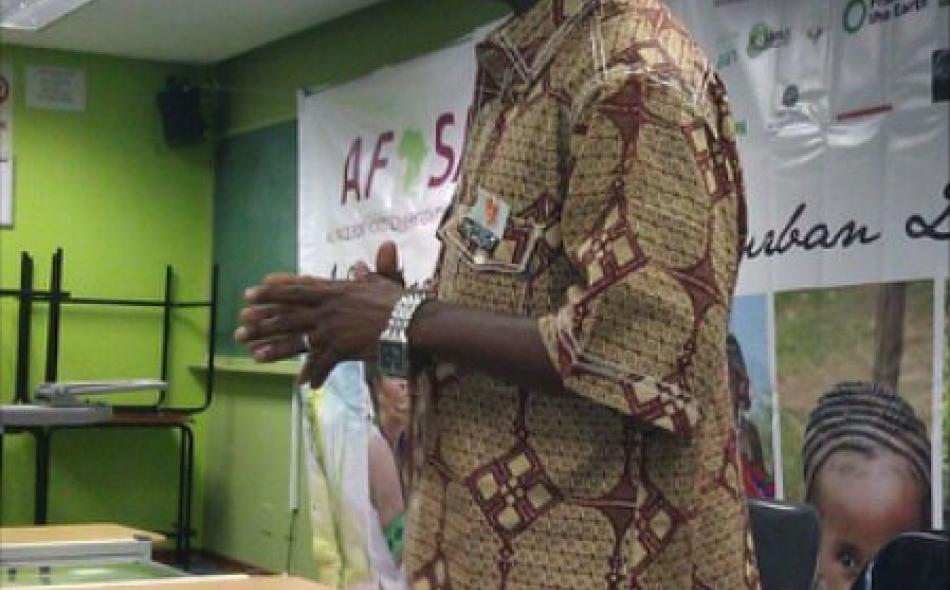 IATP’s Karen Hansen-Kuhn is blogging from the UN climate talks in Durban, South Africa.
The launch of the African Food Sovereignty Alliance (AFSA) began with rounds of joyous song, specifically a variant of a South African protest song:

That sentiment of decision and claiming one’s rights is at the heart of the concept of food sovereignty, and sets it apart from more limited ideas of food security. While both emphasize the importance of availability and access to food, food sovereignty is also grounded in local and national level decision-making on food systems. It is closely linked to the concept of agroecology, which integrates agricultural production with local ecosystems, building on local-level innovations and traditional knowledge.
The AFSA is a network of African farm and environmental groups and allied NGOs. They have been building the network over the last few years, culminating in a meeting in Nairobi this fall, where they agreed to common principles of food sovereignty, opposition to GMOs and commitment to agroecology. Their vision is for Africa to develop itself and its people in harmony with nature. Many of them participated in the Caravan of Hope, which brought nearly 200 farm and climate activists to Durban for COP17. Others were part of an African La Via Campesina delegation to the climate talks. They formally launched the alliance at the C17 Peoples’ Space, followed by a press conference the next day at the official climate conference.
As I listened to them, I thought about a radio show I heard in Washington, D.C., a couple of weeks ago, in which a so-called expert described African farmers as practicing organic farming by default, because they could not afford modern fertilizers, pesticides and seeds. The experiences the AFSA members described completely contradicted that idea. Mamadou Goita of the West African farmers network ROPPA described the agroecological training centers they had set up to recover and build on traditional practices. He said that small-scale farmers are already feeding Africa, and can do much more, but they need to support each other more to build on each others’ successes. Anne Maina from the African Biodiversity Network (ABN) spoke of the use of songs and stories to recapture traditional knowledge and collective efforts to save and improve on local seeds.
We have been working with Anne and others in ABN over the last few months to explore and challenge a pilot program for soil carbon sequestration being promoted by the World Bank in Kenya. It has been a great partnership that may have even made a difference in challenging that dubious proposal, but it was a breath of fresh air to step away from advocacy against those foolish ideas and join hands and voices in support of agroecology and food sovereignty.
Filed under
Climate Change
Agriculture
International
United Nations
UNFCCC
Food security
Food justice