Defining our terms: Agroecology and sustainable agriculture in the context of Rio+20 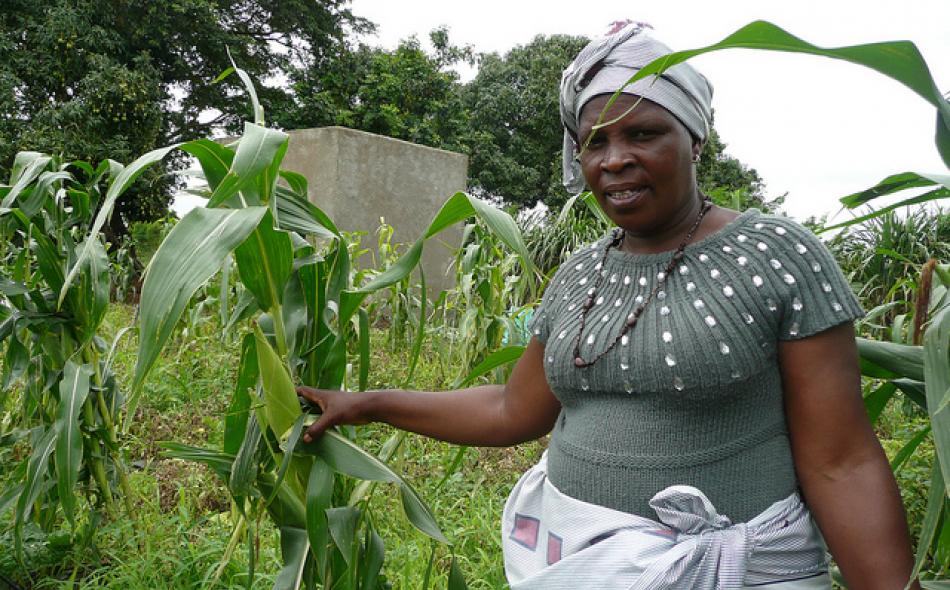 Farmers in Mozambique provide a viable alternative to the Green Revolution.

Earlier this month as the U.N. Conference on Sustainable Development was hosting one of the last meetings to bring out a final draft for the negotiations in Rio de Janeiro, I came across a flurry of reports issued by various entities, including the one by UN Department of Economic and Social Affairs (UNDESA), entitled Sustainable Development in the 21st century (SD21) Report for Rio+20, which will serve as a roadmap during the Rio+20 conference this June. (In all fairness, I should mention that IATP contributed to the component of this report entitled, “Food and Agriculture: The future of sustainability.”) While all of these reports focus on sustainability, the call for sustainability in the agricultural sector is worth our attention for the simple reason that it is where one of the most crucial fights for world’s resources is taking place.

The call for support for sustainable agriculture has traditionally been raised by small farmers, peasants, pastoralists and fisher folks. For them it has implicitly been a way of life for generations. Now they articulate the demand for sustainable agriculture in the context of food sovereignty, a concept that was brought by civil society groups to the World Food Summit in 1996. Many of those organizations have come to define that intersection as agroecology, which respects the rights of communities, as well as integrates the roles of different elements of nature in the system. Defined thus, it has since been taken up by NGOs working for the protection of biodiversity, those working for right to water, climate justice, and even those working for animal welfare.

On the other hand, "sustainable agriculture" has increasingly come to be used also in a far more limited, and even contradictory sense, by the World Bank and other organizations focused more narrowly on increasing agricultural production. This is especially so as the negative environmental and social impacts of the late-twentieth century Green Revolution in agriculture became evident. More generally, Issues around sustainability and resource use efficiency have also become ever more pressing as the world’s natural resources— the base on which world economic growth depends — gets depleted and/or deteriorated.

The renewed efforts by the World Bank to increase investments in agriculture, as well as initiatives such as Alliance for a New Green Revolution for Africa (AGRA) [which was launched by Gates Foundation along with Rockefeller Foundation, which funded the initial green revolution] to support small farmers to achieve food security through modernization of their agricultural practices is a response to these concerns around sustainability that stem from a growth perspective.

These two distinct calls for sustainability in agriculture are thus informed by two very differing worldviews.

One stems from people’s desire to control their destiny, and protect the natural resource base that is their home. The other is informed by the desire to ensure continued access to natural resources so that those in authority can minimally take care of the basic needs of the poor as they make sure that they can make a profit in the process. At stake here are two different visions of control over the commons.

Several recent reports published in the context of Rio+20 seem to take different routes to deal with these two very different ways of calling for sustainability. Many seem keen to minimize the differences between the two.

The Montpellier Panel Report brought out by Agriculture for Impact, an independent advocacy initiative supported by Bill And Melinda Gates Foundation, is an example of this. Published in March 2012 with an eye to influencing the debates in G-8, G-20 and Rio+20, the report is portrayed by media as a “comprehensive synthesis of a complex range of issues facing agricultural development in sub-Saharan Africa.” In their recommendations on how to combine growth with resilience in sub-Saharan African agriculture, the report advocates strategies such as sustainable intensification and climate smart agriculture. These approaches in agriculture are considered sustainable by international agricultural initiatives such as AGRA, and by the World Bank and other advocates, but it also includes modern bio-technology (such as genetic engineering) as one of the technological options, considered unsustainable many civil society groups working with small farmers, and identified as problematic by the IAASTD report.

In suggesting that “agro-ecology and modern breeding methods are not mutually exclusive”, the authors of the report end up robbing agroecology of its history and its purpose. If used in this manner, the term agroecology (like sustainable agriculture) will be rendered meaningless, divorced from the politics of food, farmers and the environment. Global summits like Rio+20 matter in large part because they set the terms of the discourse at the international level. While the UN agencies leading the official talks may push for inclusive approaches that start to blur those lines, the People’s Summit—which I'll be attending—includes strong voices from farmers and social movements around the world who will defend the rich use of the term agroecology and the political implications that flow from it.