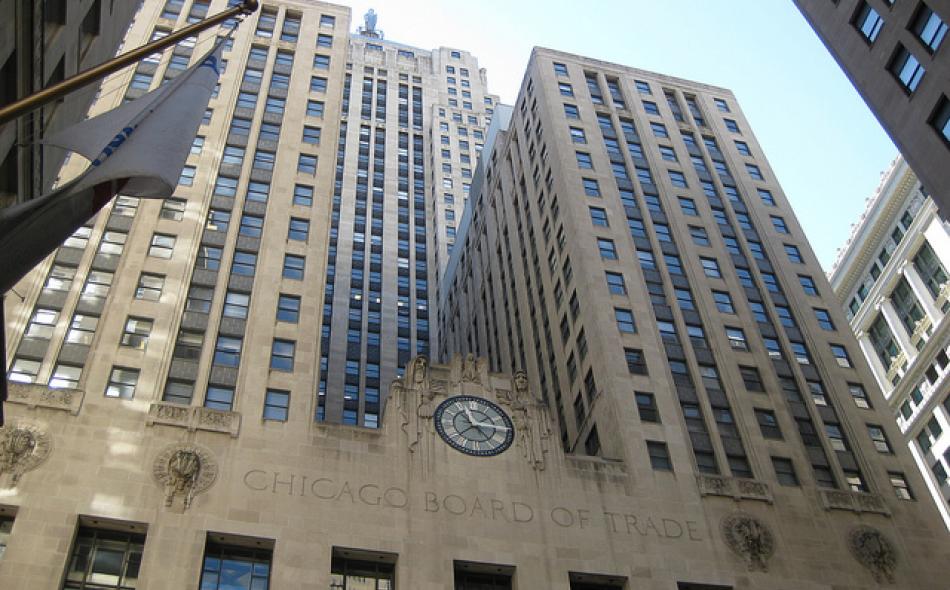 Agricultural prices, both national and international, are affected by commodity and financial market rules. Export revenues and import costs depend on the value of the dollar, the dominant international currency for commodity trading, relative to the value of other currencies. Interest rate rules affect the interest rates for all kinds of agricultural borrowing, from loans for planting to those for shipping products. However, financial market rules that affect agriculture, and thus food security, are written for all economic sectors, not just agriculture, so agriculture is usually not mentioned explicitly in the rulemaking.

U.S. regulators writing new rules to regulate financial and commodity markets have focused on how these rules will be applied in U.S. markets. However, if the foreign branches of U.S. and European firms are allowed to continue to act with reckless abandon outside of U.S. jurisdiction, legislation to reform Wall Street will be in vain. This summer, the Commodity Futures Trading Commission (CFTC) proposed guidance that grapples with the tough question of how to regulate financial instruments called “swaps,” which are traded by foreign affiliates of U.S. banks. Getting this “cross-border” rulemaking right will be critical for farmers and global food security.

A swap is an exchange of the values of contracts that are used to buy and sell agricultural commodities and other assets. For example, one party holding a variable interest rate contract wishes to reduce its risk by exchanging the value of that contract for that of a fixed interest rate contract. An agricultural swap could be as simple as an exchange-traded contract for wheat traded outside official exchange hours or as complex as agricultural contracts bundled with non-agricultural contracts, such as for oil and copper, into an commodity index fund traded according to an algorithmic formula. A mixed swap is designed to offset financial risks between the values of a financial instrument, e.g. foreign exchange currency contracts, and of commodity contracts, e.g. West Texas Intermediate crude oil.

Swaps are traded “Over the Counter” (OTC), i.e. between two or more parties, not reported to regulatory authorities, and therefore are unregulated since the authorities have no data with which to regulate. In 2008, losses in OTC swaps nearly bankrupted major private financial institutions, triggering the Great Recession in which we still live. Only $29 trillion of Federal Reserve Bank emergency loans to U.S. and European banks and smaller, yet still huge, U.S. taxpayer-funded and/or guaranteed rescues saved the so-called Too Big To Fail banks from bankruptcy.

One of the major objectives of the “Dodd-Frank Wall Street Reform and Consumer Protection Act,” signed by President Barack Obama on July 20, 2010, is to regulate the U.S. swaps market and the swaps originating with U.S. bank-owned foreign affiliates. For example, the American International Group’s London affiliate originated swaps that would have bankrupted the company and triggered the bankruptcy of others without the $1 trillion plus Fed bailout and the at least $181 billion U.S. taxpayer funded rescue of AIG. Toward regulating overseas swaps with a “direct and significant effect” on the U.S. economy, the CFTC requested comments on its proposal for the “cross-border application” of Dodd-Frank. IATP submitted comments on August 27.

Our comments focused on how the regulations can be applied to foreign affiliates of U.S. swaps dealers (SDs) and major swaps participants (MSPs) without violating the sovereignty of regulators in foreign jurisdictions. We also commented on criteria the CFTC should use to determine that foreign jurisdictions have “comparable comprehensive oversight and regulation” to that of the United States, as required by Dodd-Frank for foreign affiliate access to U.S. markets.

On the vast sea of swaps trading, commodities trading is a tiny boat, but one that is vital to the bottom line of TBTF banks. Commodity swaps are about .06 percent of the initially contracted (“gross notional”) value all U.S. swaps, according to a recent report by the Office of the Comptroller of Currency. However, commodity trading accounted for about $2.3 billion of a total $19 billion in trading revenues, i.e. about 11 percent of all trading revenues, for the largest U.S. banks (i.e. “bank holding companies”) in the first quarter of 2012. So commodities are important to the bottom line of the Too Big To Fail.

For the first quarter of 2012, the gross notional value of all U.S. originated swaps traded was about $139 billion. The OCC figures don’t break out agricultural swaps from all commodity swaps. However, Dodd-Frank requires the reporting to the CFTC of both regulated exchange-traded and as yet unregulated OTC commodity index fund data. The June 2012 report of index data shows that about $170 billion of the total $284 billion gross notional value of all reported commodity contracts derive from agricultural commodity contracts, both the regulated futures contracts and the unregulated swaps contracts. So in the yet to be disaggregated sea of financial data, agricultural swaps contracts are looming large in value and in their influence on agricultural commodity prices.

Although the five-member Commission voted unanimously to release the proposed guidance for comment, Commissioners Jill Sommers and Scott O’Malia wrote concurrences that left little doubt about the “cross-border application” they envisioned. Commissioner Sommers, the former chief lobbyist for the International Swaps and Derivatives Association, a fervent Dodd-Frank critic, characterized the CFTC guidance as “inter-galactic” and “extra-constitutional” in its scope. She stated her preference for a Mutual Recognition Agreement (MRA) about “high-level principles,” between the CFTC and foreign regulators.   For her, CFTC “overreach” would be a negotiation about which substantive rules in foreign jurisdictions the CFTC would determine to comply with the Dodd Frank requirement of “comparable comprehensive oversight and regulation” (Section 738).

IATP disagreed with Commissioner Sommers’ accusation of CFTC jurisdictional overreach. The guidance draws a bright line as to where Dodd-Frank does not apply: swaps between non-U.S. swaps dealers and their major foreign clients that do not involve a U.S. parent company guaranteeing payment of foreign swaps losses and that therefore would not have a “direct and significant effect” on the U.S. economy.  Bush administration MRAs had failed to protect the U.S. economy from the huge foreign affiliate swaps losses that triggered the AIG, Goldman Sachs, JP Morgan, Citigroup, Bank of America etc. bailouts by U.S. public funds. “High-level principles” governing the British swaps market failed to prevent the swap dealer defaults that cascaded into U.S. markets.

Commissioner O’Malia’s dissents against CFTC rules have been cited as evidence in lawsuits against the CFTC, so it is not inconceivable that his concurrence likewise will be cited in a Wall Street lawsuit to prevent or delay the cross-border application of Dodd-Frank.  His concurrence includes questions that anticipate a time when the CFTC will “de-register” swaps dealers, thus releasing them from having to fulfill Dodd-Frank related rules. IATP responded that because U.S. commodity and financial markets had been deregulated at least since the “Commodity Futures Modernization Act of 2000,” we anticipate that it will take at least a dozen years for a culture of regulatory compliance to replace the reigning culture of regulatory evasion.

For foreign jurisdictions with only “high-level principles,” and not rules and adequate regulatory infrastructure governing the swaps markets, developing a culture of regulatory compliance might well take longer than a dozen years. U.S. lobbyists have advised their Asian clients to avoid contracting swaps that would make them subject to Dodd-Frank requirements. Canadian investment banks have asked their government to challenge parts of Dodd-Frank as a violation of the U.S. commitments to the World Trade Organization’s General Agreement on Trade in Services and Understanding on Financial Services.

Both swaps and regulated exchange contracts are bought and sold according to the mathematical formulas of High Frequency Trading.  The explosion since 2009 in the High Frequency Trading of agricultural contracts, with some of the “trades” lasting only seconds, will exacerbate price volatility and the higher agricultural prices that the United Nations Food and Agriculture Organization (FAO) and Organization for Economic Cooperation and Develop anticipate for at least the next ten years.  Financial speculator induced price volatility will make it yet more difficult for net food import dependent developing countries to manage the price risks of their agricultural imports. Swap dealers are seeking to open up affiliate offices in food insecure India.