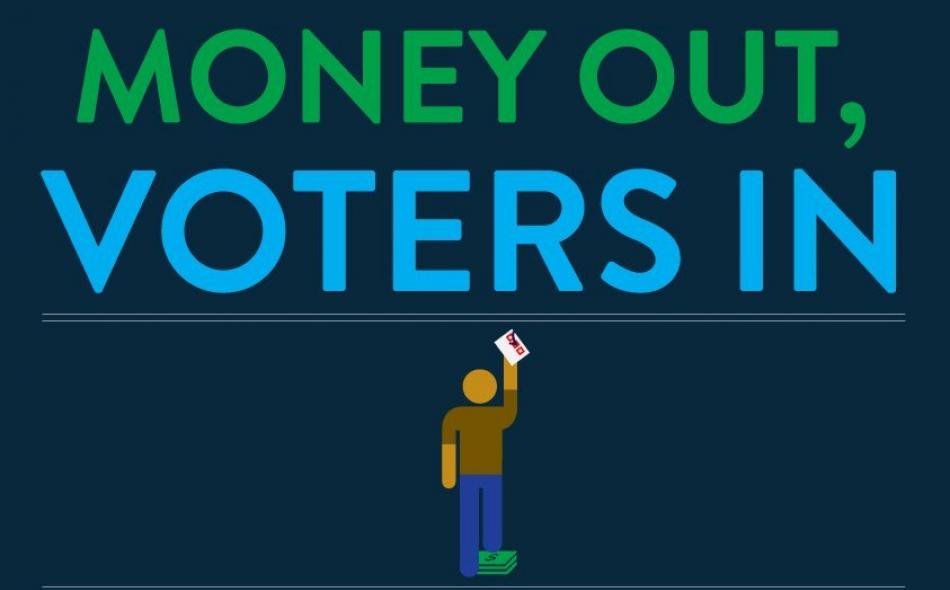 IATP and many others issued a statement last week calling to get money out of politics and an end to voter suppression laws.

It didn’t make headlines, but Tuesday was the start of an important movement to reform our food and agriculture system by restoring our democracy. Statewide initiatives in Montana and Colorado, and local measures in Massachusetts, San Francisco, Chicago and Oregon, all opposed the role of corporations in political campaigns; they all passed by convincing margins.

These efforts to get corporate money out of politics are linked to the devastating Supreme Court Citizens United ruling in 2010 (see the Story of Stuff’s great video for the lowdown). That ruling, for the first time, allows corporations to spend unlimited amounts of money to push their issues in political campaigns. IATP and many others issued a statement last week calling to get money out of politics and an end to voter suppression laws.

The Citizens United ruling has unquestionably changed the way campaigns are run—just ask your poor friends in swing states still suffering from political advertisement overload, or browse the Wall Street Journal’s reporting of $560 million in SuperPac money. How campaigns are run affect how politicians govern—particularly in Washington where favors and retribution are a powerful currency.

Though not directly a result of the Citizens United ruling, there is perhaps no better example of the overwhelming influence of corporate money in campaigns than the Proposition 37 vote in California, which would require labeling for genetically engineered foods. Labeling has consistently enjoyed 80–90 percent public approval ratings. After Prop 37 gained significant early traction, the big pesticide and food companies, like Monsanto, DuPont and Pepsico, flew into a panic and flooded the airwaves with misleading ads about the costs of labeling. The Minnesota-based global giant, Cargill, actually wrote to its “farmer customers” encouraging them to donate to defeat Prop 37. These agribusiness and food companies succeeded in essentially buying the election by outspending the opposition $46 million to $9 million. Nevertheless, labeling supporters ran an inspiring grassroots campaign, garnering more than 4 million votes, and have laid the groundwork for future efforts to challenge corporate power in the food system.

Efforts to label genetically engineered food, limit unnecessary overuse of antibiotics in factory farms, antitrust enforcement in agriculture and many other initiatives to shift power in our food and agriculture system will now shift to Washington. These fights will have limited success unless they are linked to efforts to restore our democracy. The wins this week in state and local initiatives supporting the overthrow of Citizens United give us reason for hope.