The price of perfection 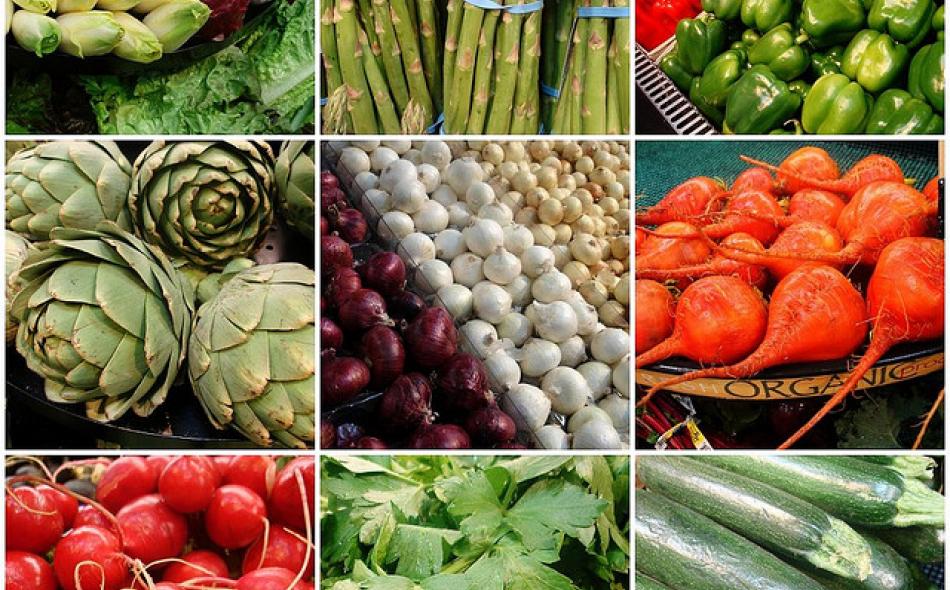 It’s tough not being perfect. Everyone who has ever had a bad hair day knows that. And that’s no more true than for those misshapen, oddly sized fruits and vegetables that Mother Nature inevitably produces. For them, the price of being imperfect is being consigned to a slow death, rotting in the farm field or the landfill, while their cosmetically perfect brothers and sisters head off to a grocery store near you.

Two fascinating reports from the Natural Resources Defense Council do a deft job of explaining why we should all care about “crop waste”—the widespread loss of otherwise edible fresh and vegetables that never make it past the farm gate or the landfill. One report, Wasted by Dana Gunders, looks at food waste across our food system. The other, Left-Out, looks specifically at fruit and vegetable losses on the farm.

The numbers reported by NRDC are astounding. For instance, from farm to fork, about 40 percent of all the food produced in the United States goes uneaten. That amounts to $165 billion of wasted food every year (a figure which, notably, is in the same ballpark as the annual cost of obesity). More than 6 billion pounds of fresh produce go unharvested or unsold each year, and preliminary data from a cluster of fruit and vegetable growers in California suggests that losses on the farm and in the packing stage range as high as 14–60 percent for a variety of common crops.

Why are losses on the farm so high? There are many contributing factors, but a big one that you and I play a part in is consumer demand for cosmetic perfection—for perfectly shaped peppers and uniform, bright red strawberries that seem to get bigger every year. The whole supply chain, from the farm to the grocery store, is geared toward meeting that expectation. From apples to zucchini, produce has to fit within very specific ranges for size, shape, color and other parameters. Some produce that doesn’t make it goes to a processor for juicing or other uses, but many of the imperfect fruit and vegetables never make it out of the field.

Other factors contribute to high waste rates as well. Contracting practices that are common in the produce industry, as well as the threat of bad weather, pests and price volatility, encourage growers to overplant. Labor shortages that are exacerbated by the sorry state of U.S. immigration policy are a factor too.

What’s more, when prices at the time of harvest are below the cost of getting the crop to market, it can make economic sense for farmers to leave some or all of their production in the field unharvested. Product specifications are also set by entities with enormous market power—such as major retail chains—while most of the risk associated with bad weather, supply gluts that force down prices, and Nature’s imperfections land in the laps of farmers.

And what else is wrong with this picture?

Let’s begin with the waste of food itself. As NRDC points out, reducing overall food waste by just 15 percent would provide enough food to feed more than 25 million Americans every year. Even though “the marketplace” may not want the crops that go to waste every day, current waste levels make no sense when looked at in the context of hunger, obesity, food justice and the impact of poor health on our economy.

Environmentally, crops that don’t make it to market involve significant uses of water, fertilizer, pesticides and other inputs. For instance, NRDC estimated that the unsold broccoli grown in just one county (Monterey County, California) required 2.5 billion gallons of water to grow (yes, that billions with a “b”, in a state where the water wars will only intensify as water becomes more scarce). Chemical fertilizers and pesticides impact farmworkers and the environment whether the product makes it to market or not.

Wasted crops also hold “imbedded carbon.” Carbon is released into the atmosphere when soil is tilled. Diesel fuel powers farm equipment and many agricultural chemicals start out life as crude oil. Further, only 3 percent of the food that is wasted between the farm and the fork is composted. When unsold crops end up in the landfill, they emit methane gas, a greenhouse gas at least 25 times more powerful than carbon dioxide.

And as noted above, farmers pay the price when they grow a crop only to plow it under or leave the edible-but-imperfect to rot. Farmer incomes are adversely impacted even though our fruit and vegetable producers grow the healthy foods that are needed by an increasingly unhealthy country. The irony is hard to beat.

Fortunately, a number of initiatives hold hope for addressing these issues. For instance, the Los Angeles Food Policy Council recently put out new food procurement guidelines calling on restaurants and institutional buyers to “buy lower on the beauty chain” by purchasing  smaller and less aesthetically perfect produce. A commitment by colleges, schools, hospitals and other institutions to purchase such “seconds” could make a real difference back on the farm. Several states in the West provide tax credits to farmers who donate crops to state food banks (providing a more effective incentive than charitable donation deductions). The California Association of Food Banks’ Farm to Family program uses paid, skilled farm labor to harvest unmarketable produce that is then made available to food banks at greatly discounted prices. The European Parliament has even set the aggressive goal of reducing food waste by 50 percent by 2020.

These are steps in the right direction, but overall, food waste largely remains a hidden problem in the U.S., shrouded in a belief that we can afford to be wasteful and that waste doesn’t have real consequences. Alas, we all pay the price for perfection.