Nanotechnology without the hype 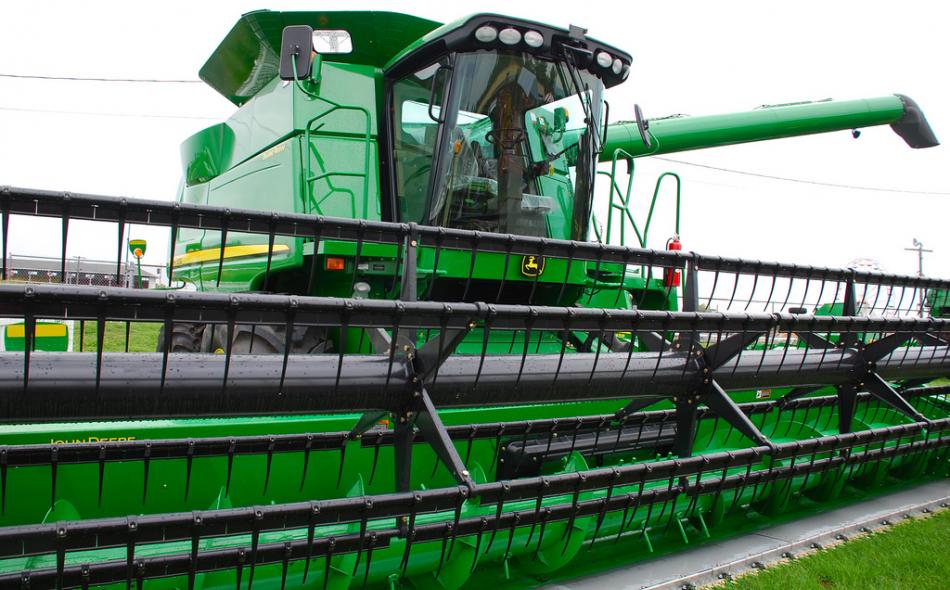 A John Deere representative discussed the company's process for evaluating and implementing nanotechnology applications on modern equipment at the NNI workshop.

Since the National Nanotechnology Initiative began in 2000, it has coordinated research financed by more than $20 billion, divided among 26 U.S. federal agencies, to develop products that incorporate atomic to molecular-sized materials, such as silver, titanium dioxide and starch. Back then and even now, nanotechnology has been hyped as a new economic sector and the technological platform of the 21st Century Industrial Revolution.

Like so many bold claims about new technologies, widespread commercialization of the latest big thing has been much more difficult than forecast. At an National Nanotechnology Initiative (NNI) workshop on September 11 and 12 in Washington, D.C. about the manufacture and commercialization of nano-sensors, an investment banker told federal officials, nanotechnology product developers and a couple of NGOs, including IATP, that nanotechnology is not the exciting economic sector where investors are underwriting research for every product prefaced by “nano.” (Sensors are devices that detect and analyze a broad array of phenomena, including air contaminants, toxins, pathogenic bacteria and nutrients.) Furthermore, he said, it was hard to find patient and knowledgeable investors to finance sensor research and development, and “very hard” to finance the development of nano-sensors. The NNI workshop could have been subtitled “Nanotechnology without the Hype.”

We were disappointed that NNI had refused our proposal to its draft Strategic Plan to make the development of a world class research program in the environmental, public health and worker safety (EHS) effects of nanomaterials a major NNI goal. In June, the NNI published a report summarizing the 2011-2014 EHS research of federal agencies. NNI coordinated research by the Food and Drug Administration and the U.S. Department of Agriculture on the EHS effects of ingesting nanomaterials in food remains slight, although greater than in 2011.

Notwithstanding IATP’s call for raising the status of EHS research in NNI’s strategy, we recognize that nano-sensors resulting from the NNI’s Signature Initiative could also be applied as regulatory tools to achieve EHS protections. Indeed, the workshop subtitle was “Improving and Protecting Health, Safety and the Environment.” However, it is one thing to develop the prototype of a nano-sensor and quite another to persuade investors to manufacture and commercialize it.

There are two kinds of nanotechnology enabled sensors, first, one capable of reliably and consistently detecting, analyzing and reporting on non-nanoscale phenomena such as a pathogenic bacterium (2,500 nanometers, more or less), e.g., on a cut of meat. Type II nano-sensors detect, analyze and report on nanoscale materials, such a strand of DNA (2.5. nanometers more or less) in a DNA based barcode that could be used to trace food, drug and cosmetic products from manufacturer to warehouse, to retailer to consumer and back again.

Since the development of the first nano-sensor in 1994, dozens of techniques have been used to nano-enable sensors. It is difficult to simplify this array of techniques, or any one of them, accurately. Some nano-sensors convert biological, chemical and physical phenomena probed electro-chemically, optically or magnetically by a ‘lab on a [computer] chip’ into electronic information that is computer programmable. The nano-sizing of organic or inorganic materials on the chip results in more rapid DNA sequencing and analytic sensitivity, e.g. to identify a pathogen in meat, than is possible for conventional sensors. A nano-sensor’s electronic signal should be "tunable" to a specific radio frequency that would distinguish it from surrounding frequencies and make the signal usable for nano-informatics.

There are a large number of technical challenges to overcome in order to ensure, that consistent and reliable information can be transmitted from the nano-sensor, and to persuade the customer that a nanosensor’s benefits outweigh the costs. The medium in which a nano-sensor would operate, such as blood, tissue, food or soil, poses challenges to the accuracy, reliability and consistency of nano-sensor produced information.

These kinds of challenges were discussed by Ernest Streicher, a John Deere Company agricultural engineer, concerning the company’s five year process for adapting a nano-sensor, e.g., to determine soil nutrients. At the outset and throughout the adaptation process, the “value proposition” discussed by Deere’s agricultural engineers, marketing department and customers includes both economic and technical factors.

Among the economic factors were predicting the value of the sensor’s data to the farmer and the cost of obtaining the data. Technical factors include whether the sensor was robust enough to operate in the dust, machine vibration and temperature extremes of large scale row crop farming. Furthermore, farmers ask John Deere whether the data gathered, e.g. on soil nutrients, machine oil quality, or agricultural chemical use, was sufficiently representative and accurate to justify paying for the sensor and paying for the decisions resulting from sensor gathered data.

As the prices received by U.S. farmers for their crops continue to be considerably less than the crops’ cost of production, the “value proposition” to customers of even a cost-effective and technically robust sensor becomes yet more difficult to make. In response to slumping prices in 2014 and anticipation of slumping prices at least for a few more years, John Deere has laid off more than a thousand employees. The economic viability of “precision farming” enabled by Deere machines will depend, at least in the near term, on taxpayer supplied “revenue assurance” in the 2014 Farm Bill to compensate, once again, for market failure.

Streicher showed videos made by Deere customers whose tractors, combines, planters and balers for “precision farming” can cost up to $500,000 apiece. They farm wheat, corn, soybeans, cotton and sugar cane on large expanses of flat land. Streicher said that data analytics factors in the topology of the land to account for hilly or uneven land to ensure the accuracy and representativeness of the electronic field maps that result from data sensing. I asked him about how the climate change related requirements of changing cropping patterns and greater crop diversification would affect the use of the sensors and interpretation of data. He replied that all of the data that is factored into contributing to crop yields is currently computer modeled over a 15-year period. That period would shrink as a result of climate change because of the increasing unpredictability of crop yields.

His answer reminded me that a workshop dedicated to the manufacture and commercialization of a technology is not likely to consider whether a given technology is appropriate, in this case for the dominant scale of agriculture in a country, such as India, where very few, if any, of millions of farmers have “revenue assurance.” Insofar as the NNI is a technology investor and promoter, it is probably not able to dedicate a much needed workshop to discuss when and where nanotechnology use is inappropriate or inadequate, whether economically or technically, to protect the environment, public health and worker safety.