Why we need agroecology, now 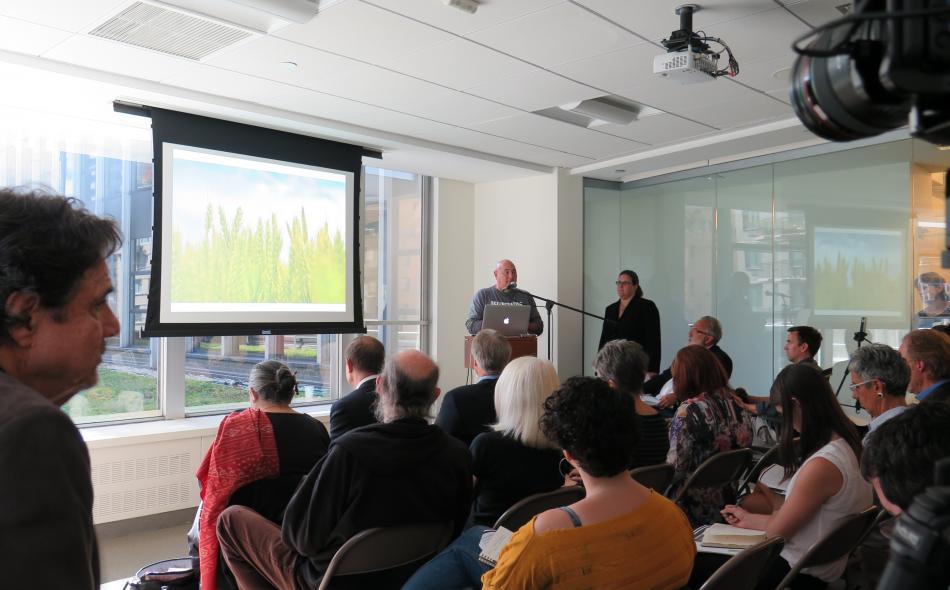 The speakers had a powerful message to convey: we already have the tools to slow climate change. The metaphor used throughout the press conference was of a 400-pound man who visits a doctor hoping for advice on how to restore his health and the best solution the doctor offers is a diet plan that can slow the rate of weight gain. In this scenario, it’s obvious that the solution is not to slow the rate of weight gain, but to lose excess weight. The same applies to CO2 emissions: we not only need to slow the rate of emissions, but take CO2 out of the atmosphere. This is a task that regenerative organic agriculture (also called agroecology by many groups, including IATP) can achieve by building healthy soils to sequester carbon underground.

The regenerative organic model includes practices such as cover crops, crop rotations, conservation tillage and incorporation of compost. Beyond sequestering carbon, this type of management increases soil water retention and nutrient levels, making land more resilient to the droughts and floods that will become increasingly common as the climate changes. In a side-by-side trial at the Rodale farm, organically managed non-GMO crops outperformed genetically modified drought-resistant crops by 18 percent to 23 percent. This means that a regenerative organic model also has the capacity to increase crop yields and food security.

The political hurdles to achieving such a paradigm shift in agricultural management were acknowledged by several speakers. Vandana Shiva called “a system that refuses to recognize data” the biggest obstacle to achieving widespread regenerative organic agriculture. This obstacle is especially clear as the UN Climate Summit is underway. The Global Alliance for Climate Smart Agriculture, being launched in conjunction with the UN Climate Summit, is using the term “climate smart” to refer to false solutions, including the use of genetically modified seeds. This is likely to be a significant barrier to regenerative organic farming, considering that corporations such as Syngenta and Yara are at the climate smart table and stand to profit from perpetuating genetically modified and chemical-heavy farming.

Now is the time to continue spreading this message and pressuring the UN, Congress, and other decision making bodies to follow suit. In his address at the UN Climate Summit this morning, President Obama alluded to a quote from Dr. Martin Luther King, Jr.: “We are now faced with the fact that tomorrow is today. We are confronted with the fierce urgency of now. In this unfolding conundrum of life and history, there is such a thing as being too late. This is no time for apathy or complacency. This is a time for vigorous and positive action.” One of the best ways to combat the climate crisis is through agroecology and regenerative organic agriculture.