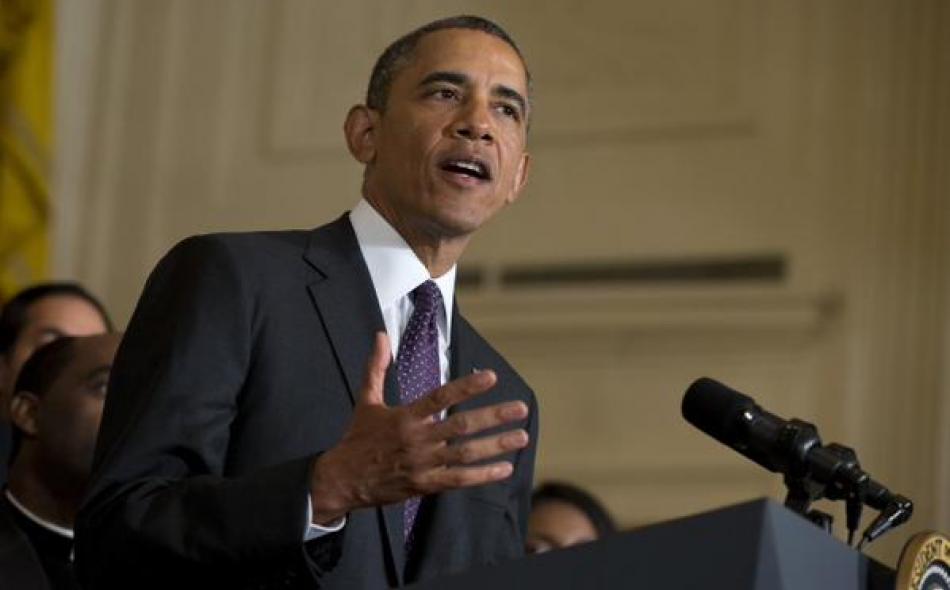 The White House is demonstrating its inconsistent stance on regulation with its opposition to the RAA's attack on federal regulations and regulators while still supporting industry's anti-regulatory agenda of "regulatory cooperation" in new trade agreements.

On February 25, the Senate Committee on Homeland Security and Government Affairs Committee (HSGAC) held another hearing that attacked federal regulations and regulators as an unnecessary burden on corporations, employment creation and economic growth. Among the antidotes that the HSGAC majority will propose is a revised version of the Regulatory Accountability Act (RAA) (S. 1029 in the previous session of Congress). The RAA advocates and the industry lobbyists for “regulatory cooperation” in free trade agreements are largely the same. There is no such consistency from the White House, which opposes the RAA, but supports industry’s anti-regulatory agenda when it is cloaked in the trade policy euphemisms of “regulatory cooperation.”

The White House has already rejected the 2015 House of Representatives version of the RAA, stating it “would impose unprecedented and unnecessary procedural requirements on agencies that would prevent them from efficiently performing their statutory responsibilities. It would also create needless regulatory and legal uncertainty and further impede the implementation [of] protections for the American public. This bill would make the regulatory process more expensive, less flexible, and more burdensome.” The statement concludes, “If the President were presented with the Regulatory Accountability Act, his senior advisors would recommend that he veto the bill.”

However, the Obama administration’s laudable antipathy to the RAA and other proposed anti-regulatory legislation has not translated into its trade agenda, in particular the “regulatory cooperation” chapters the U.S. Trade Representative has negotiated in the Trans Pacific Partnership (TPP) and Transatlantic Trade and Investment Partnership (TTIP) agreements. The deceptively characterized “cooperation” would be effectively enforced by the Investor State Dispute Settlement (ISDS) mechanism of binding arbitration, which grants foreign investors far more flexible grounds for redress of alleged violations of trade agreements with far fewer elements of due process than are featured in U.S. public law. ISDS lawsuits against “regulatory actions,” of federal and sub-federal governmental agencies, including the entire rulemaking process and substance, implementation and enforcement measures, could produce the very “needless regulatory and legal uncertainty” that the Obama administration would prevent by vetoing the RAA and its ilk.

The RAA and other anti-regulatory bills are the brainchild, in part, of the U.S. Chamber of Commerce. The Chamber has a large international program, including the Business Coalition for Transatlantic Trade (BCTT). Among the objectives of the BCTT is to “develop new regulatory coherence and cooperation obligations.” These obligations would cover all economic sectors, including food and agriculture. And, according to “Principles and Objectives for the TTIP ” in food safety and agriculture “Obligations that go beyond the WTO [World Trade Organization] must also be subject to TTIP enforcement provisions,” i.e. be subject to the ISDS.

Regulatory coherence would, among many demands, end the EU’s use of the precautionary principle in food safety management decisions. For example, a January 16 U.S. government submission to the European Commission negotiators, based on a pesticide industry letter to the U.S. Trade Representative, demanded an end to the EU’s hazard-based assessment of pesticides and other chemicals (“U.S. Warns EU Pesticide Proposal May Thwart Regulatory Cooperation,” Inside U.S. Trade, February 27, 2015, subscription required) and adoption of the U.S. risk-based approach.

The EU’s chemicals and pesticide laws allow for a de facto precautionary ban on pesticides that are so hazardous, such as those that disrupt the hormonal development of children, as to preclude setting a safe exposure level or “tolerance.” The U.S. January 16 submission argued that TTIP regulatory cooperation will not occur unless the EU adopts the U.S. risk-based system, which requires exposure assessment and almost never bans chemicals, no matter how hazardous. According to a Center for International Environmental Law (CIEL) study, TTIP “harmonization” of EU and U.S. pesticide and chemical laws and regulation would require the EU to approve the use of 82 U.S. pesticide products, currently evaluated by the EU as too hazardous for use on food and agricultural products. A CIEL and Client Earth evaluation of a 2014 EC proposal for regulatory cooperation found that the EU negotiators, while promising to not repeal the precautionary principle as a matter of law, would trade it away in regulatory practice by acceding to USTR and pesticide industry demands. It almost goes without saying that once the EU adopts the U.S. risk-based pesticide and chemical evaluation system, there will be few, if any, pesticides and chemicals banned from commercial use.

The widespread European opposition to the ISDS and to TTIP, even among EU member governments, is due in large part to fears that U.S. companies would use ISDS lawsuits to overturn health and safety protections over alleged “impairment” of anticipated benefits under TTIP. However, U.S. federal and sub-federal governments would likewise be vulnerable to ISDS lawsuits. Public Citizen has estimated that about 24,000 U.S. subsidiaries of EU parent corporations could help their headquarters attack U.S. laws, “regulatory actions” and judicial rulings through the ISDS.

Thus far, foreign investors have cost taxpayers around the world nearly $3 billion in legal expenses and judgments arising from these lawsuits, but this figure could skyrocket with the huge increase in the number and size of foreign investors who would become eligible to sue under TTIP and the Trans Pacific Partnership agreement. All “regulatory actions” in the TTIP regulatory cooperation chapter would have to demonstrate they were “least trade restrictive” and have undergone trade impact assessments. Even if they go through that tortuous process, they could still face the possibility of ISDS litigation. Given the government austerity budgets for regulatory agencies, most recently documented in a Food and Water Watch study of the U.S. Department of Agriculture’s declining number of meat and poultry inspectors, there will be fewer regulatory resources to defend U.S. regulatory actions.

Regulatory cooperation among regulators can have many benefits for public, environmental and labor health, but not if it means that every regulatory action must first pass the “least trade restrictive” litmus test. EU member states, unfortunately, are learning the wrong lesson from the TTIP subordination of public and environmental health regulations to the pursuit of the always-potential increases in trade flows. For example, the Parliament of the United Kingdom is debating a Deregulation Bill  that would require all regulators to promote economic growth, regardless of the consequences for their other statutory duties, such as promoting public health and the economic gains that come with universal access to public health programs.

The desire of the European Commission to promote economic growth is understandable, after the Great Recession triggered by the deregulation of the European financial services industry. Why they believe that a strongly deregulatory TTIP will produce sufficient economic growth to counter the costs of TTIP-framed deregulatory failures and the failure of the austerity budgets to promote growth is a mystery. The mystery only grows when one understands that U.S. anti-regulatory bills introduced by House and Senate Republicans, with their dozens of procedural hurdles and required pre-implementation cost to industry analyses, have been rejected by the White House. And yet the White House promotes “least trade restrictive” hurdles to regulation when packaged in the euphemisms of “regulatory cooperation.” As Senator Elizabeth Warren contended in a Washington Post opinion piece, the enforcement of regulatory cooperation by ISDS panels of trade lawyers gives transnational corporations and banks veto power over public regulation and U.S. jurisprudence. That’s not cooperation – it's coercion.

Coercion works best when it is done behind the closed doors of negotiations whose draft texts not even members of Congress can read without an armed guard outside the reading room. IATP strongly opposes the Fast Track Trade Promotion Authority that keeps Congress and public in the dark about the all-important details of what the Obama administration and its corporate advisors are negotiating in TTIP and the TPP. See IATP’s “Trade Secrets” series for more about what you can do to democratize trade policy and trade negotiations.