Feeding the future through agroecology 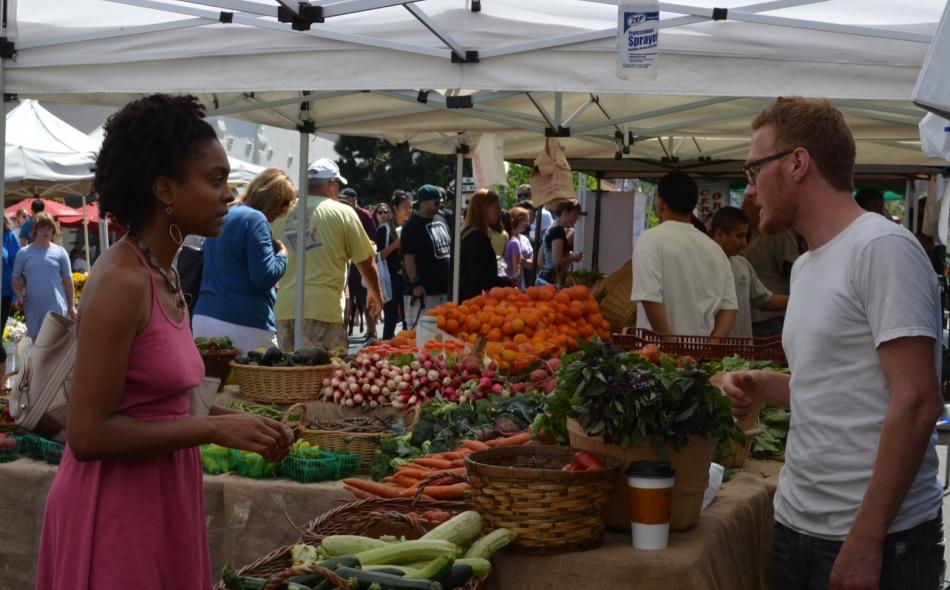 The devastating drought in California, home to much of the country’s fruit and vegetable production, is spurring discussions about the future of food production in a new age of climate change. When broaching the topic of solving the future food dilemma – feeding a growing population while using the same amount of land and facing more volatile weather events – the arguments typically fall into one of two camps: 1.) produce more food on less land through the use of technology, chemicals, and genetically modified seeds, or 2.) turn to decentralized and diversified farming practices that naturally boost soil health and farm resilience, such as diverse crop rotations, cover crops, reducing tillage where it makes sense, and building local food systems.

Feedstuffs, a weekly newspaper for agribusiness, recently ran an article on the topic of solving the future food dilemma that included results from an Oklahoma State University study called FooDS (Food Demand Survey). FooDS is a national online survey which includes at least 1,000 individuals each month, measuring consumers’ priorities, expectations, and awareness and concern about various food and agriculture issues, among other topics.

When such studies appear in an agribusiness publication, one might expect them to highlight the benefits of technological fixes to farming problems. However, the FooDS results found that “more than three-quarters of the consumers polled said adopting a more ‘natural’ agricultural production system – that includes additional local, organic and unprocessed foods – would be most effective at addressing the future food challenges rather than adopting a more ‘technological’ agricultural system.”

The three out of every four consumers advocating for a natural—as opposed to a technological—food system to solve the impending food crisis are in line with the science: farming grounded in agroecology is shown to not only boost and support robust crop yields in the long term, but help farms better withstand extreme weather events, and put the control of food systems in the hand of local communities.

Unfortunately, changing the minds of people who disagree with the efficacy of agroecology and promote increasingly technological farming systems is not as easy as presenting evidence. For example, work done at the Yale Project on Climate Change Communication shows that people accept or reject beliefs based on their worldviews and who they trust. In other words, people are more likely to listen to trusted community members who share their worldview than to messengers they’ve never met and who view the world in a different way. Indeed, previous stories in Feedstuffs have reported that consumers trust farmers far more than scientists, and that scientists are viewed as “competent, but not entirely trustworthy,” arguably because scientists are not seen as warm or empathetic.

This makes the case that the way to build agricultural systems grounded in agroecology – the type of agricultural systems that three out of four consumers say that they want – is to work directly with farmers and consumers themselves. There’s a great need to develop more mutual understanding and trust between farmers and consumers. Closing the gaps between rural and urban communities will not only fulfill the stated desires of so many eaters and the desire of so many farmers for their work and livelihoods to be better understood, but it is also essential to building an agroecological, food sovereign world. Creating spaces and opportunities for real conversations and exchange will help us change from this system that “as individuals none of us would choose,” and bring us to a future where farmers do well and are well-supported, and everyone has access to healthy, sustainable, fairly produced and served food. We think this is a future we can all agree on.