A rallying cry for a better trade system 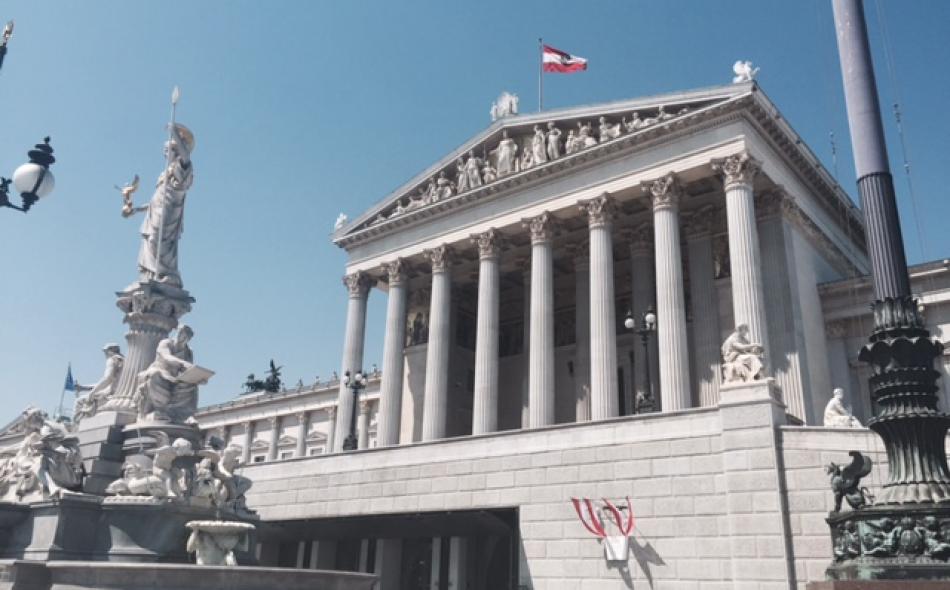 “What is your chlorine chicken?” was the question, midway through our five-day, nonstop tour of seven European cities to talk about the Transatlantic Trade and Investment Partnership (TTIP), the largest bilateral trade agreement in history, currently being negotiated between the United States and the European Union. The very public European rallying cry “no chlorine chicken” not only sums up fundamentally different food safety and agricultural practices in the EU and U.S., but also the possibility that TTIP will dilute the precautionary principle that guides EU environmental and health policies, ultimately compromising small-scale farms and diminishing quality of life.

It was a good question and worth some thought. Is there an issue or catch-phrase that sums up American views on TTIP?  After all, I was in Europe on a TTIP speaking tour (organized by the Greens and European Free Alliance of the European Parliament), along with Thea Lee, AFL-CIO economist and deputy chief staff, and Melinda St. Louis, Director of International Campaigns for Public Citizen’s Global Trade Watch, to talk specifically about the American point of view.

What we discovered on our tour is that the concerns of American and European families, workers and communities are similar. Ordinary people on both sides of the Atlantic do not favor a corporate-driven food and agriculture agenda, nor a race-to-the-bottom harmonizing of environmental laws that wipes out important protections from toxic chemicals and pesticides.  Our whirlwind visit was just one step towards building a transatlantic understanding between workers, farmers, environmental activists and elected officials in national and regional parliaments.

We started our tour in Paris where we participated in a public forum in the French Senate moderated by Yannick Jodot, Green/EFA member of the European Parliament and Vice-President of the Commission on International Trade of the European Parliament, and Andre Gattolin, Green/EFA Senator de Hauts-de-Seine (Paris) and a leader of the successful effort by the French Senate in adopting a resolution opposing investor-state corporate arbitration provisions (ISDS) in TTIP.

Climate policy was foremost on the minds of many in the Paris forum with the United Nations COP 21 talks coming up at the end of November. “Are Americans fighting hard to address climate change? What about the impact TTIP will have rolling back climate targets through expanded fossil fuel exports?” asked Ameélie Canonne of Attac France and Aitec. People in the U.S. care about global warming, too, we responded.  Don’t listen only to climate change deniers in Congress, look at the actions of the National Caucus of Environmental Legislators  who are leading the efforts to shift to renewable energy, and who have called for a study of TTIP climate impacts.  Consider the fracking ban in Vermont, and moratoria in Maryland, California and dozens of New York counties and municipalities.

While Thea went to Madrid, Melinda and I flew on to Barcelona.  Tapas at midnight, a few hours’ sleep and then six different meetings during a heat wave!  How to sum up in a few sentences?  Perhaps most surprising and rewarding was our meeting with the Círculo de Economía, a civic association of nearly 50 years’ standing.  Time and again during our two-hour discussion, these leaders of the Barcelona business community raised concerns that TTIP will exacerbate income inequality, lower standards and, through secrecy and regulatory cooperation initiatives, undermine the continued development of democratic institutions – concerns not uppermost in the agendas of the large multinational U.S businesses supporting TTIP. What could TTIP look like if it were actually designed to reduce income inequality and to strengthen democracy, I wondered?

From the Círculo de Economía we sped across town to the Catalan Parliament, housed in a repurposed and spectacular royal palace, to meet first with parliamentarians from across the political spectrum, and then with activists, who told us that 50,000 people marched in Barcelona on the April 18th day of action protesting TTIP – an expression of free speech threatened by a draconian gag law passed by the Spanish government that went into effect while we were there.

With the Catalan Parliamentarians

After a meet and greet with Argentina-born deputy mayor Gerardo Pisarello and another public forum, we were off again to Brussels for a major TTIP conference in the European Parliament the following day.

There, Thea got to debate Peter Chase of the U.S. Chamber of Commerce about whether TTIP is good for jobs, and Hans-Jürgen Volz of the German Federal Association of Medium-Sized Enterprises raised concerns that, contrary to talking points of USTR and EU trade negotiators, small and medium businesses averaging 25 employees won’t benefit either from lowering standards through “regulatory cooperation” or from an Investor-State Dispute Settlement (ISDS) system that costs millions to participate in. Respected economist and former Deputy Director-General for Trade, Pierre Defraigne spoke passionately about his concerns with TTIP, which he said regulates capitalism in a regressive way, and Melinda made a strong case for why the ISDS system is both unnecessary and destructive.

I spoke about the goal of TTIP to “harmonize” standards, potentially wiping out consumer and environmental protections adopted by U.S. states that go beyond weak US federal laws on chemicals, pesticides and food safety. My concerns were validated by experts Chiara Giovannini, of the European Consumer Voice in Standardization, and Sanya Reid Smith of the Third World Network. Chiara questioned whether a “technical” standard is ever a neutral standard without consequences for consumers, and stated that the presumption of conformity proposed for TTIP, which could mutually recognize as equivalent EU and U.S. consumer standards such as those applicable to children’s toys, would necessarily weaken standards in the European Union. Sanya gave examples of weakened standards resulting from other trade agreements similar to TTIP, such as Chile being forced by the U.S. to change its nutrition labeling on prepackaged food.

Then, it was on to Berlin, arriving on a balmy night in time to sample the local Kolsch beer at a canal-side cafe.  The next day we’d have a whirlwind schedule – including breakfast with journalists, a public forum, lunch with labor leaders, meetings with members of the Bundestag and then with TTIP activists.

Both the public forum moderated by Green/EFA European Parliament member Ska Keller and the Bundestag meeting raised the same issues: the secrecy surrounding negotiations, especially on the U.S. side; the threat to EU food standards and the influence of U.S. agribusiness on the negotiations; whether controls on fracking will be undermined by ISDS; and the worry that less robust workplace benefits and collective bargaining protections in the U.S. could lead to a race to the bottom for all workers. As a member of Maine’s Citizen Trade Policy Commission, I spoke to findings in our report on how TTIP could undermine our local food policy initiatives, and discussed interests in common with people in Germany: the fact that Farm to School programs have strong support all across the U.S., and that the vast majority of Americans also want healthier food and labeling of GMO foods.

With the Bundestag members

Then it was back to the Berlin airport. Arriving in Vienna that night, we set out to explore local cafes, knowing that the next day, the final day of our tour, we would be participating in events in both Vienna and Budapest. Both Austria and Hungary are GMO-free countries, and there was a lot of interest in the fact that Vermont is in a legal battle with Monsanto to protect its GMO labeling law and that even if Vermont wins its domestic lawsuit, Monsanto wants to use TTIP to negate these and other states’ standards. Our meeting with Austrian journalists was particularly well-attended. In competition with the mega-story of the week – “deal or no deal” between the EU and Greece – we nonetheless received extensive media coverage in Austria, including in Kronen Zeitung, the paper with the widest circulation in Austria, which has editorialized in opposition to TTIP.

After meeting with conservative, as well as progressive members of the Austrian Parliament skeptical of TTIP, we traveled by train to Budapest for our final forum.  The well-attended event staged above a restaurant in a hip part of town was billed as “Fifty Shades of Trade.” Although briefly tempted to incorporate themes from the bestselling novel into our presentations, Thea, Melinda and I stuck to our talking points. László György, an economist and professor at Budapest University of Technology and Economics, joined our panel and reinforced one of Thea’s themes based on the AFL-CIO experience: that none of the rosy economic projections supporting past U.S. trade agreements, including NAFTA and the Korea Free Trade Agreement, have proven the least bit accurate.  In fact, independent projections for TTIP are for significant job losses in Europe.

The organizers of the Budapest event repeatedly told us how important it was for Americans such as ourselves to travel to Hungary to share our perspectives, and the audience stuck around on a sweltering Friday evening to pepper us with questions. It was a wonderful and somewhat quirky event with which to end our tour.  I don’t yet know the “chlorine chicken” issue that will easily explain TTIP to American audiences.  I do know that short as it was, I returned home from the European Union trip convinced we have values in common and parallel goals for our societies – and that to influence the outcome of TTIP, we must act without delay and act together.

Sharon Treat, who served in the Maine legislature for 22 years, is working with IATP on the risks of TTIP proposals for innovative state and local legislation on food and farm systems.