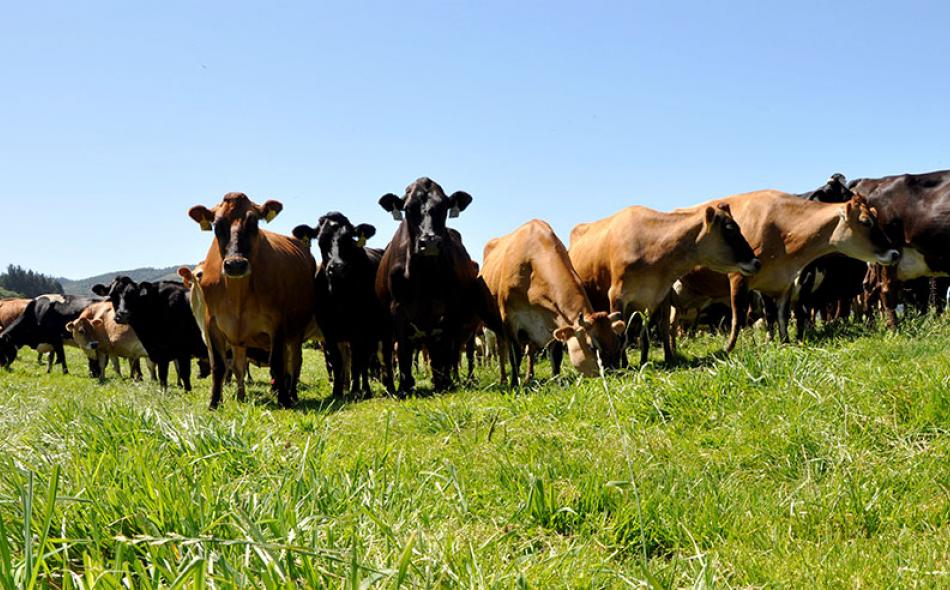 “Dairy in Crisis: TPP Dumping on Dairy Farmers,” by IATP intern Erik Katovich, is a sober recitation of facts that raise important questions about the objectives of the U.S. Trade Representative’s (USTR) negotiation of the Trans-Pacific Partnership (TPP) Agreement.

First, as Katovich reports, global dairy prices continue to drop due to worldwide oversupply of raw milk, and U.S. dairy processors are dumping millions of gallons of raw milk into sewers. The dumped milk contradicts the U.S. Department of Agriculture’s (USDA) objectives to reduce food waste and conserve the natural resources used to grow dairy cattle feed. During the negotiations, the USDA projected a 20 percent increase in U.S. dairy imports by 2025 due to TPP rules. Given the vast U.S. oversupply of raw milk, why did the USTR lower the tariff rates on dairy products, including on milk protein concentrate (MPC), a powder that contains 30 to 40 percent of the protein of raw milk and casein, a starch used in processed cheese? In other words, why did the USTR favor MPC and casein importers to the detriment of U.S. dairy farmers?

Katovich quotes Darci Vetter, chief agricultural negotiator for the USTR: “US agriculture, as a whole, has a lot to gain from this agreement.” (Cited in Jacqui Fatka, “Ag Support for TPP Remains Strong,” Feedstuffs, January, 2016. Subscription required) Clearly this “whole” does not include the U.S. dairy farmers whose milk is dumped so that dairy processors, such as Kraft-Heinz and Dean Foods, can import much cheaper MPC and casein from the world’s largest raw dairy materials exporter, New Zealand’s Fonterra. These companies and other food processors can export processed cheese and other products containing dairy-like elements that do not meet the Food and Drug Administration’s identity standard for cheese but can be sold as a processed good. Indeed, there is no international standard for processed cheese that would facilitate trade.

Food Chemical News (subscription required) reports that the Milk and Milk Products Committee of the Codex Alimentarius Commission, whose standards are presumed to be authoritative by the World Trade Organization, cannot agree on a standard for processed cheese. One proposed draft standard for processed cheese would facilitate trade if the product contained a minimum 51 percent of cheese content. (Declan Conroy, “Codex processed cheese standard remains elusive,” March 28, 2015.) The U.S. Codex Office (kenneth.lowery@fsis.usda.gov) will continue to take comments on this draft standard until May 1.

The TPP dairy tariff reductions, flexible labeling rules and tariff classifications for MPC and casein, lauded by the U.S. Dairy Export [and Import] Council, are key elements of a trade policy strategy that continues to reduce the number of U.S. dairy farms and the benefits those farms provide to the families and counties in which they are located. On March 8, the Board of the National Milk Producers Association announced its resolution to support the TPP. The Board assumed that “the net effect of all TPP market access concessions is expected to be neutral to slightly positive,” but that the addition of other Asian countries joining the TPP later would make the net effect of import and export tariff concessions a positive for U.S. NMPA members.

The economic viability of the U.S. dairy trade model does not depend on a well-functioning, competitive and transparent market that pays farmers cost of production plus prices. Rather, as a March report by the USDA’s Economic Research Service points out, the increasing concentration of U.S. raw milk production in fewer and fewer farm operations requires taxpayer subsidies, most recently in the form of the 2014 Farm Bill’s Dairy Margin Protection Program (Dairy MPP), to offset the lower than cost of production prices received by farmers. (The ERS report does not evaluate the natural resource cost nor the environmental sustainability of the dairy industry in its econometric modeling).

Furthermore, the Farm Bill subsidizes the cost of feed grains consumed in the dairy Confined Animal Feeding Operations (CAFOs). As reported by Katovich, the Congressional Budget Office estimates the corn and soybean subsidies alone at $3.37 billion for Fiscal Year 2017.

Nevertheless, CoBank, which finances both CAFOs and family farm scale operations, opined in its March outlook report, “Our assessment of current market conditions is that dairy product prices still have a ways to go before they hit bottom” (p.12). CoBank doesn’t estimate how far prices (an averaging of futures contract prices, such as those of cheese futures on the Chicago Mercantile Exchange) will fall nor explain why they might rebound. A plausible explanation for a modest rebound from the bottom is that a continuation of the dairy price collapse will force CAFOs, even subsidized by the Farm Bill, to liquidate their herds.

This crude and brutal form of supply management contrasts with the planned programs of Canadian dairy supply management that the USTR attacked throughout the TPP negotiations. Under the TPP, Canadian dairy farmers are projected to lose about four percent of their domestic market to cheaper imports, including those at below cost of production prices such as New Zealand’s lower nutrient Ultra High Temperature milk, which has a shelf life of up to a year. Exporting at below the cost of production, colloquially termed “dumping,” has been prohibited by the WTO in all industries but agriculture. Against the permanent pressure of lowered tariffs and no TPP discipline against dumping agricultural exports, the Canadian government plans to offer its dairy farmers compensatory subsidies in an amount and formula subject to parliamentary negotiations. TPP proponents exulted at the low tariff and the consequent below cost of production import erosion of Canada’s supply management programs.

An extraordinary legislative procedure, known as “fast track” Trade Promotion Authority (TPA), requires the U.S. Congress to reduce its authority to an up or down vote on the TPP and other trade and investment agreements.  The TPA also requires the U.S. International Trade Commission (USITC) to submit a study to Congress by May 18th before the Congress can vote on the TPP, at least until after the November U.S. elections, given the extent of popular opposition to the agreement.

IATP submitted comments to the USITC, urging its staff to analyze the impact of U.S. imports under the TPP tariff cuts. We further asked USITC to estimate the costs to consumer and environmental health that would result from the TPP’s weak standards on risk assessment of imported food and agricultural inputs, such as pesticide and veterinary drug residues in foods. For example, the Centers for Disease Control (CDC) identified foreign foods as the source for 18 out of a total 120 foodborne illness outbreaks. Given the very low percentage of foodborne illness that is reported, as estimated by the CDC, and the estimated $93.2 billion annual cost of U.S. foodborne-illness-related costs, weakening food inspection and testing intensity under the TPP is not only inhumane—it’s bad business.

For those agribusiness exporters and importers that have already announced their support for the TPP, anything less than full-throated support for the TPP in the USITC report will be dismissed, if not simply ignored. But for those who are planning to vote in the fall elections and for whom the results of U.S. trade policy play a role in their vote, the USITC report, if it includes the true cost of this risky market opening, could provide important evidence of the need for a new approach to dairy markets and to agricultural trade policy more generally.