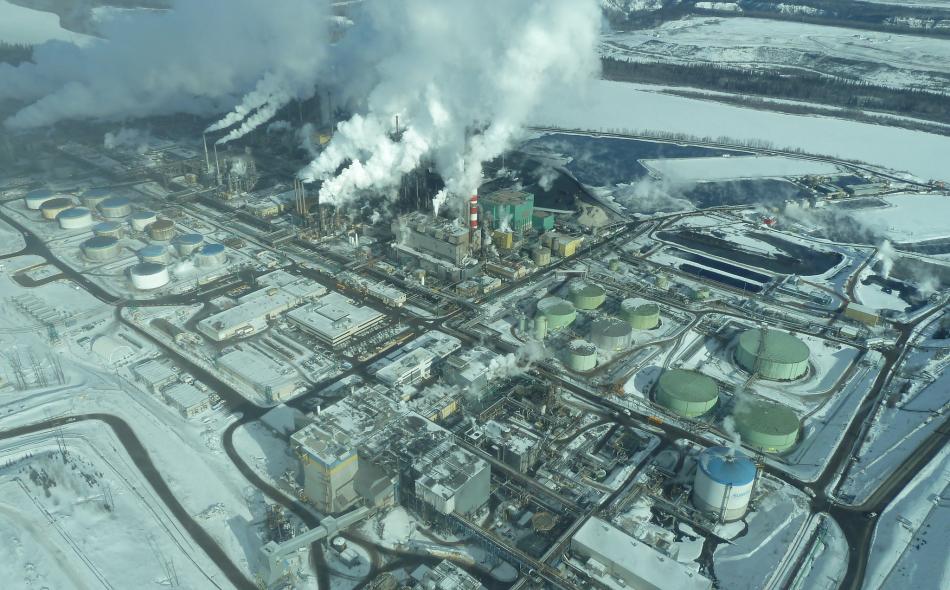 Rural communities in the U.S. and around the world are vulnerable to industries, often with headquarters elsewhere, who view local natural resources simply as an asset to be extracted. No global corporation better exemplifies this approach than the oil giant ExxonMobil. Now, President Donald Trump has nominated the company’s CEO, Rex Tillerson, to run the U.S. State Department. Tillerson’s damaging record at ExxonMobil, often at the expense of the public good and even U.S. security interests, should disqualify him from managing U.S. policy around the world.

Tillerson is deeply infused with ExxonMobil DNA, having spent his entire professional career of 41 years working at the company and serving as CEO since 2008. ExxonMobil operates in more than 100 countries. During Tillerson’s time at ExxonMobil the company has: aggressively advocated for corporate-friendly free trade deals like the Trans-Pacific Partnership (TPP); used past free trade deals to sue governments who try to regulate it; done deals with dictators and human rights violators; and all the while leading a multi-decade disinformation campaign to oppose action on climate change.

While Trump has promised to renegotiate the North American Free Trade Agreement (NAFTA), ExxonMobil and Tillerson have been strong defenders of the deal as a win-win. Trump has promised to withdraw from the TPP. But Tillerson stated in his testimony before the Senate that he supports the TPP. ExxonMobil has consistently lobbied in favor of trade deals, such as those with Korea, Panama, Columbia and advocated Russia’s entry into the WTO. It’s not hard to see why ExxonMobil likes these deals—they all grant the company expanded powers to challenge the authority and sovereignty of governments.

An investigation of Exxon/Mobil’s lobbying files by International Business Times found that the company has explicitly lobbied the State Department on special corporate rights provisions of free trade deals, known as investor state dispute settlement or ISDS. The ISDS, first included by the U.S. in NAFTA, allows corporations to sue governments if new regulations or other programs are determined to “nullify or impair” their future anticipated profits. Exxon/Mobil used the ISDS provision in NAFTA to sue Canada over a dispute about offshore drilling. The Canadian provinces of Newfoundland and Labrador require oil companies drilling offshore to contribute to research and economic development in the area. Exxon/Mobil claimed that type of performance requirement wasn’t required under NAFTA and successfully won that legal challenge, sharing a $17.3 million damage award with Murphy Oil. ExxonMobil was recently awarded a contract from Mexico to develop deep water projects in the Gulf of Mexico—an investment potentially protected under NAFTA’s ISDS.

The ISDS provision in NAFTA is also important for ExxonMobil in another case. TransCanada is suing the U.S. government for $15 billion in damages under NAFTA’s ISDS as a result of the Obama Administration’s rejection of the Keystone Pipeline. They pipeline would move oil extracted from the Alberta tar sands to U.S. refineries. Exxon/Mobil is one of the largest owners of the Canadian tar sands, considered among the most greenhouse gas emitting forms of oil to extract, and enormously damaging to the surrounding ecosystem.

NAFTA also includes another truly remarkable, little known, provision important for ExxonMobil and the U.S. oil industry. Under the energy proportionality clause (article 605 of NAFTA), Canada must indefinitely export energy to the U.S. at the equivalent level of the previous 36 months. While the proportion of exports have varied, it cannot decline, only increase, under NAFTA. This clause only pertains to Canada, to no other country, and is in no other free trade agreement involving the U.S. The clause not only locks in a portion of Canada’s energy production for the U.S., it pressures Canada to keep producing energy in order to meet the rising demand in the U.S.

Under Tillerson, ExxonMobil has also been a fervent supporter of the proposed Transatlantic Trade and Investment Partnership (TTIP) with Europe, flexing its lobbying might on both sides of the Atlantic. As the Sierra Club has written, Exxon/Mobil through its trade associations lobbied the U.S. Trade Representative on TTIP to weaken Europe’s policy designed to encourage purchases of lower carbon fuels. The policy would have effectively blocked European imports of high GHG emitting tar sands oil – which ExxonMobil hoped to export into Europe after passing through the Keystone Pipeline into the U.S. The EU quickly buckled under USTR’s pressure and changed the policy. The oil industry also effectively lobbied the European Commission on its negotiating stance on TTIP, pressuring it to require the U.S. Department of Energy to automatically approve the export of liquefied natural gas (LNG). The industry lobbied for the same provision in the TPP, which includes the world’s largest LNG importer, Japan.

As ExxonMobil’s advocacy for free trade agreements helped expand its fossil fuel extraction around the world, the company consistently and forcefully worked to block action on the biggest global challenge of our time - climate change. According to a 2014 study, Exxon/Mobil has contributed more to global climate change than any company other than Chevron. A recent investigation of company documents found that its own internal scientists warned ExxonMobil about the role of fossil fuels in driving climate change in the late 1970s, yet the company funded a decades-long, estimated $33 million effort to debunk climate science and promote climate deniers. ExxonMobil is a major funder of the American Legislative Exchange Council (ALEC) which has worked with state legislators to pass industry-friendly legislation, and oppose efforts to address climate change.

Exxon/Mobil is currently under investigation by attorneys general (AG) in Massachusetts and New York for climate fraud. The AGs claim the company misled consumers and investors about the risks climate change poses to its business. The company has fought back, attempting to intimidate those involved by suing those AGs and seeking to document their connections with environmental organizations.

Tillerson’s position at the State Department would put him in charge of international climate negotiations and the implementation of the Paris climate agreement. During Tillerson’s confirmation hearing, he stated that he did not believe climate change was the urgent national security threat that many others (including the Defense Department) have stated it is. He believes that climate science was “inconclusive.” He did testify that it’s important that the U.S. retain its seat at the table when it comes to the Paris Agreement on Climate Change, apparently indicating that immediate withdrawal wasn’t imminent. While it is unclear whether the Trump Administration will withdraw from the Paris agreement, Tillerson could still do much to undermine implementation of the agreement, by retaining a seat at the table.

At the State Department, Tillerson would also lead the country’s engagement with the G-20. In 2009, G-20 countries committed to reduce fossil fuel subsidies. Tillerson’s statements during the Senate confirmation hearing did not give confidence that he will uphold the G-20 commitment. Tillerson told the Senate committee that the fossil fuel industry does not receive any subsidies, claiming that it only benefits from a favorable tax code. The statement runs counter to reports by the non-partisan Congressional Budget Office and the Stockholm Environmental Institute, which recently found that the fossil fuel industry benefits from $2-4 billion a year in federal subsidies.

As the nation’s chief diplomat, Tillerson would play a critical role in defending human rights around the world. But Exxon/Mobil cuts deals with anyone, anywhere, as long as the company can exploit a country’s natural resources on terms favorable to the company. Tillerson won an “Order of Friendship” award from Russian President Vladimir Putin after signing a mega joint venture for offshore gas and oil exploration in the Russian Arctic Sea. In Tillerson’s Senate testimony, he claimed that Exxon/Mobil hadn’t opposed recent economic sanctions against Russia that put a halt to the company’s joint venture deal. But public documents indicate that the company lobbied against a bill that would make it harder for the next Administration to lift sanctions against Russia. ExxonMobil leases more land in Russia than it does in the United States. As Secretary of State, Tillerson would be able to lift the Russian sanctions and allow the multi-billion ExxonMobil deal to move forward.

A recent analysis of Security and Exchange Commission documents found that ExxonMobil did business with Iran, Syria and Sudan during a period when those countries were under U.S. sanctions as state sponsors of terrorism. In Kurdistan, Tillerson defied the State Department and cut an oil deal with the regional government, undermining the national government in Baghdad. During Tillerson’s confirmation hearing, he was reluctant to call out Russia, the Phillippines and Saudi Arabia for human rights abuses, despite overwhelming public evidence of abuses in those countries, according to Human Rights Watch.

The list of questionable ExxonMobil dealings around the world goes on and on. A legal case is moving forward in Indonesia charging that ExxonMobil was complicit in the murder, torture and other atrocities in the province of Aceh. The lawsuit claims ExxonMobil should have known about these atrocities by the Indonesian military that was on its payroll. As reported In These Times, since 2010, Exxon/Mobil has been charged with taking farmland in Iraq, damage associated with a pipeline rupture in Arkansas that resulted in 210,000 gallons of tar sands oil spilling out into the community, and a 2012 oil spill off the coast of Nigeria.

In many ways, ExxonMobil under Tillerson is a dinosaur in the energy industry. As rural communities are starting new businesses and creating jobs in the clean energy sector, ExxonMobil has refused to invest in renewable energy. A recent Department of Energy report found that solar energy now employs more people in the U.S. than oil, natural gas or coal. Earlier this month, hundreds of companies, many of them rural-based, wrote the President calling on his administration to reduce emissions, invest in clean energy and continue as a party to the Paris climate agreement.

Tillerson’s single-minded focus on fossil fuel extraction at ExxonMobil, regardless of the impact on rural communities and the earth’s climate, should disqualify him from running the State Department, where he must represent the common interests Americans share with the rest of world.