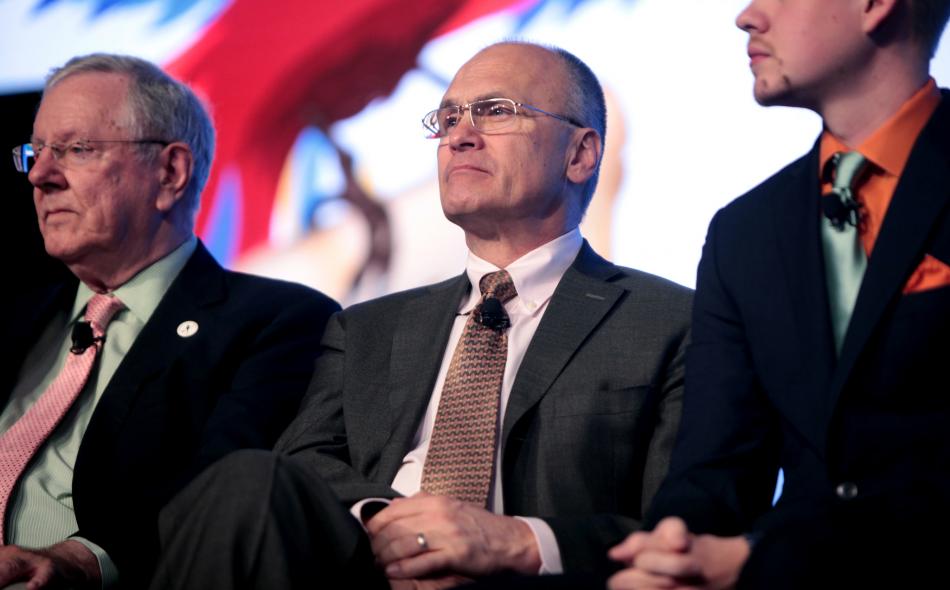 Just before this posting, Andrew Puzder withdrew from consideration for Secretary of Labor. We welcome this development for the reasons stated below.

If one believes, as we do at IATP, that the public sector has a role in ensuring the safety, prosperity, and dignity of work, then Puzder's nomination must be opposed strongly and without reserve.

Until last week, it was still unclear whether Andrew Puzder still wanted the position in the Trump administration for which he has been nominated, Secretary of Labor. Late to file his paperwork, Puzder was on the verge of going the way of other of Trump's nominees who could not untangle their personal fortune from themselves in order to enter public service. Of course, even with all the i's dotted and t's crossed to get to the hearing that is scheduled for February 16th, Puzder's professional history and apparent worldview make him a unique threat to the very department he's been nominated to run.

There are approximately 21.5 million workers in the U.S. food system, the largest sector of employment in the nation and growing. Despite that, frontline food chain workers make the lowest hourly wage compared to all other industries, according to a Food Chain Workers’ Alliance report. To make matters worse, agricultural labor is excluded from protection under the National Labor Relations Act. This was a giveaway in the 1930s to racist senators to exclude a primarily black population from workplace rights which has been extended to today to exclude protection to a largely immigrant workforce. If any population needs a greater voice in government, it is the people who produce what we eat. The Labor Department, though far from perfect, is the closest thing they have to that voice in the federal government.

The U.S. Department of Labor, like many other government agencies, has a mission statement. It's mission is, “To foster, promote, and develop the welfare of the wage earners, job seekers, and retirees of the United States; improve working conditions; advance opportunities for profitable employment; and assure work-related benefits and rights.” Pudzer's record as a fast food CEO, however, is one of direct opposition to this mission. CKE Restaurants, which Puzder has run for 15 years is owned primarily by Roark Capital Management,a private equity firm named after the protagonist of Ayn Rand's The Fountainhead, a literary foreshadowing of Puzder's attitude towards workers.

In his time as CEO, CKE incurred over 1,100 violations through Department of Labor investigations, affecting over 1,500 workers and costing over $300,000 in penalties and back wages. Puzder’s rhetoric regarding workers, according to the website that promotes his nomination, is, in essence, that regulations, like minimum wage and overtime rules, cost jobs because businesses can’t afford to hire. Even if this dubious claim were true, which it’s not, that rhetoric is, at best, irrelevant to the Labor Department’s mission. DOL exists to improve conditions for workers, the vast majority of whom already have or had jobs.

Not surprisingly, there actually is a department that IS tasked with creating jobs, the Department of Commerce whose mission is “to create the conditions for economic growth and opportunity.” If the senators who question him are concerned about government efficiency, they might ask why he thinks two government departments should be doing the same thing.  At best, Puzder demonstrates a clear lack of understanding about the department he’s been nominated to run, and at worst, he will extend the conditions of CKE Restaurants to vulnerable workers across the country by turning a blind eye to violations of workers’ rights.

The apparent good news is that four GOP senators are withholding their support of Puzder, leaving the onus on GOP leadership to bring them back into the fold for this nomination to go through. We add our voice to the growing chorus, including over 100 Food and Agriculture organizations, urging the opposition of Andrew Puzder to become Secretary of Labor.