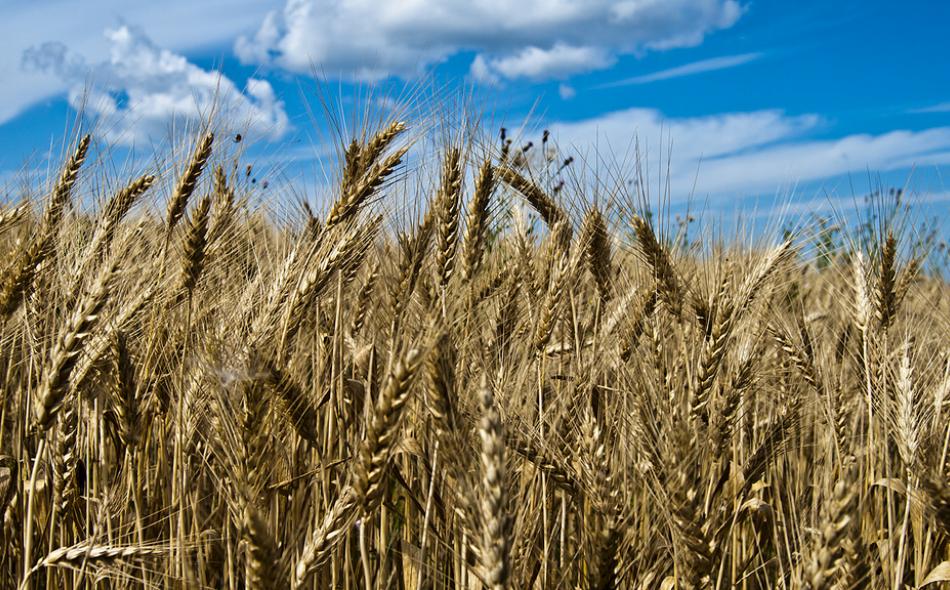 With the U.S. confirmation of the Secretary of Agriculture and the U.S. Trade Representative (USTR) having taken place little more than a month ago, it may seem premature to write about the Trump administration’s agricultural trade policy. However, it appears that at least parts of this trade policy are occurring in trade-offs with China, outside traditional USTR and USDA channels. Can trade-offs agreed outside a trade negotiations structure be implemented successfully at the same time as the U.S. pursues a World Trade Organization dispute over China’s agricultural subsidies?

In search of the deal

On May 11, Secretary of Commerce Wilbur Ross announced that a one-year trade policy plan will be discussed as “concrete progress is made in implementing the actions under the 100-day plan” agreed by President Donald Trump and President Xi Jinping in April.  Indeed, Ross touted the plan as a “Herculean accomplishment.” The managing director of an economic research firm in Beijing was less impressed by the deal: “China has made a few modest concessions that cost it very little, in areas strategically picked to maximize the political benefit to Trump.”

Among the ten actions to be implemented is a trade-off to allow U.S. beef exports to China in exchange for allowing Chinese cooked poultry exports to the United States. Chinese poultry exporters must ensure that their poultry is sourced from U.S. “approved sources” and that the poultry processing meets U.S. standards.

Food and Water Watch criticized the poultry leg of the trade-off as exposing U.S. consumers to imports from a country with a weak food safety system. Consumers will have no way of knowing where their poultry comes from since in December 2015 Congress repealed 2008 Farm Bill requirements for Country of Origin Labeling (COOL) of poultry and meat products. Cargill announced that its processing plant in China was ready to export the cooked poultry products. Ross said "the Department of Agriculture feels that this will not cause major injury to the U.S. poultry industry."

The beef leg of the trade-off was first announced by the U.S. Department of Agriculture in September 2016. The beef export opening will require segregation of cattle 30 months or younger prior to slaughter to reduce the likelihood of Mad Cow contamination of the meat. China has banned U.S. beef since the detection of Mad Cow in U.S. herds in 2003. “It’s pretty clear we’re going to have a special China beef program that runs through our industry,” said Joel Haggard vice president for the Asian Pacific Region of the U.S. Meat Export Federation. The beef industry maintained that segregation and tracing the origin of cattle under a U.S. COOL program would unduly burden the industry and provide no informational value to U.S. consumers. Chinese consumers of U.S. beef won’t see a COOL label, but they will be ensured that U.S. beef will be from cattle segregated by age prior to slaughter to meet Chinese import requirements.

According to a 2016 Rabobank report cited in a Financial Times article, about half of U.S. beef destined for Hong Kong is transshipped to a quasi-legal “grey market” in China, i.e. beef import smuggling. Rabobank estimated the value of the grey market U.S. beef exports to China at about $340 million a year. USDA estimated total Chinese beef imports for 2015 at $2.3 billion, following dramatic import increases since 2012. Tyson and Cargill are expected to be the major beneficiaries of the beef poultry trade-off deal.

What does China want?

Benefits for China in the trade-off for agricultural biotechnology are not evident within the terms of the May 11 announcement. Among China’s “modest concessions” to the United States is to expedite the process for approving eight U.S. biotechnology product trait applications to enable Chinese import of grains and oilseeds with those traits. Any requests by China’s National Biosafety Committee for information to assess the safety of these and future genetically engineered products must be judged to be relevant to the safety evaluation by U.S. authorities. What does China get in exchange for complying with U.S. demands?

The Chinese government views the ChemChina (China National Chemical Corporation) acquisition of Syngenta, the Swiss-headquartered pesticide and genetically modified seed manufacturer, together with expediting U.S. GM crop trait approvals, as part of a national food security strategy. The European Commission and the U.S. Federal Trade Commission approved the $43 billion merger in April. GM crops are planted illegally in China, as they were in Brazil, Argentina and elsewhere, and then have been subsequently legalized, with U.S. government support, in the face of public protest. In June, China will begin a media campaign to encourage consumer support for GMOs. Assuming the media campaign persuades Chinese consumers to eat whatever is put on their plate, biotech companies will join Cargill and Tyson as the main beneficiaries of U.S.-China agricultural trade policy.

A deal by deal basis for U.S. trade policy was not dominant when the Obama administration launched a World Trade Organization trade dispute with China in September 2016, and requested the formation of a dispute panel in January to judge the case. China has responded to the launch of the dispute by calling for a renegotiation of the WTO rules on agricultural subsidies, which the USTR has characterized as a “distraction” from the dispute. The dispute request accuses the Chinese of violating their limits in crop-specific Aggregate Measures of Support (AMS) to farmers by more than $100 billion, according to a 2016 econometric study commissioned by the U.S. Wheat Associates. The excessive AMS payments are “deemed” to “distort trade” by enabling Chinese consumers to buy AMS supported domestic crops at prices above the “global price.”

(U.S. crop support in the 2014 Farm Bill is designed, according to a Congressional Research Service report, to comply with WTO AMS limits and with the rules of the Agreement on Subsidies and Countervailing Measures (SCM). Brazil won a WTO dispute over U.S. cotton price, income and export guarantee measures as violating the SCM.)

At stake, however, are not only the facts of the case and their interpretation under the WTO Dispute Settlement Agreement, but the WTO authorized retaliation and the consequences of that retaliation for Chinese farmers. U.S. Wheat Association Chairman Jason Scott indicated the scale of that retaliation in a May 11 statement congratulating Robert Lighthizer on his Senate confirmation as U.S. Trade Representative. China’s domestic support “restrains wheat trade and costs farmers in exporting countries billions of dollars every year,” presumably in export revenues that would be captured if China removed its AMS payments to wheat farmers. China produces far more wheat than any other country, with nearly all of it consumed domestically or stored as part of national food security strategy.

The Wheat Associates commissioned study forecasts, “Removal of domestic support for wheat in China has significant impacts. The fall in production, resulting from the decrease in domestic price and higher production costs, leads to an increase in imports to 9.6 million metric tons, the [WTO] in-quota level. As a result, world wheat price increases by 2.8%. The U.S. responds to the higher price by increasing production and consequently, net exports, which increase by 6%, or 1.5 million metric tons, between the base case and the scenario.” In this stylized scenario, China agrees to remove its domestic support for wheat, and the resulting fall in Chinese wheat production is supplanted by U.S. wheat exports. These exports fill the entire amount of allowable, but not required, U.S. portion of the wheat import quota that China agreed to as one condition of its accession to the WTO in December 2001.

There is reason to believe that this idealized scenario will not play out as projected, particularly if the Trump administration decides to continue the WTO dispute against China’s agricultural subsidies. The dispute is launched against all Chinese AMS, potentially affecting the economic viability of the crops and livestock of China’s nearly 300 million farmers.  If China were to remove its domestic support for wheat, the resulting unemployment of most wheat farmers and their subsequent migration to China’s cities would present difficult and costly relocation and re-employment challenges.

Due to the high financial, storage, and environmental costs of domestic support for corn, a livestock feed grain, China ended its corn price support and stockpiling program in 2016. Instead, Iowa State University economists reported, “China adopted a direct payment corn subsidy policy tied to planting acres in spring 2016—a policy familiar to US farmers.” Rather than deplete China’s already low aquifers by trying to be self-sufficient in water hungry corn production, China may prefer to increase its corn imports.

However, China might find its price support for wheat to be a price worth paying, rather than depend on U.S. wheat exports for a critical margin of Chinese food security. China’s political and scientific elite may be counting on the biotechnology leg of the May 11 announced plan to provide food security in the near future through a combination of Chinese GM crops and U.S. GM imports.

The 2017 USTR agenda states that it will rely less on the WTO dispute settlement system and more on unilateral U.S. action to enforce an “America First” trade and foreign policy.  Whether the Trump administration avoids the WTO to settle agricultural disputes, the reorganization of the U.S. Department of Agriculture to add an Undersecretary for Trade and Foreign Agricultural Affairs indicates that the Trump administration will prioritize exporting U.S. agriculture overproduction. The reorganization eliminates two undersecretary positions and creates an Under Secretary for Farm Production and Conservation.

There are concerns, both in Congress and in USDA, that placing the offices to conserve agricultural natural resources and the offices to administer the 29 domestic support payment programs (Table 1) authorized by the 2014 Farm Bill to support agricultural production under the control of one Undersecretary will result in a budgetary competition that the Natural Resources Conservation Service is very likely to lose.  The likely result of this reorganization is an environmentally destructive and unsustainable agricultural trade policy.

In a 2011 speech to European agricultural economists, then WTO Director General Pascal Lamy said, “Neither food nor agricultural trade policy operates in a vacuum. In other words, no matter how sophisticated our trade policies are, if domestic policies do not themselves incentivize agriculture, and internalize negative social and environmental externalities, we will not be satisfied with our agricultural systems.” Thus far, the Trump administration’s policy indicates the social and environmental costs of maximizing agricultural production for trade, to China and elsewhere, will stay off the trade accounting balance sheet or, in the euphemism of economists, will be “externalized.”