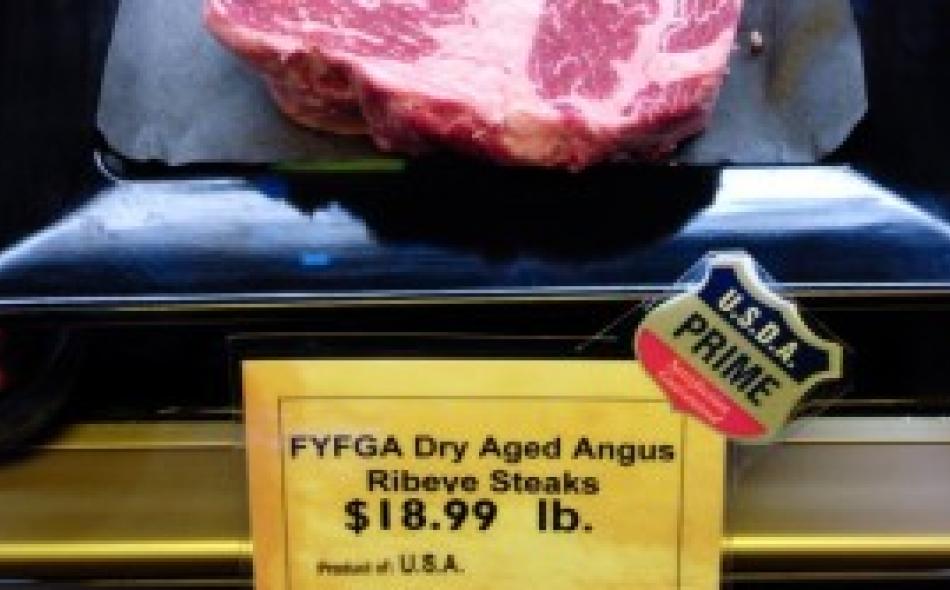 To truly see the power of agribusiness, and its growing disconnect from regular people and farmers, look no further than the current dust-up over Country of Origin Labeling (COOL). Polls say more than 90 percent of consumers want simple labeling indicating what country the meat they are buying comes from. Farm groups like the National Farmers Union and the U.S. Cattlemen’s Association support it because of the marketing advantage it gives to U.S. produced meat and livestock producers. Yet, agribusiness has repeatedly flexed its lobbying muscles to block COOL and now they are at it again as Congress negotiates a new Farm Bill. Why do companies like Cargill, JBS and Tyson care so much about COOL? Remarkably, these enormously profitable global corporations are frightened that if consumers better understood their business model—which pays no attention to what country animals come from—they might have to make some changes.

Agribusiness efforts to crush COOL behind the closed doors of the Farm Bill conference committee is but the latest in more than a decade-long effort to block consumers from getting even the most basic information about where their food comes from. COOL for fruits, vegetables, meat and fish was first passed as part of the 2002 Farm Bill. Agribusiness successfully delayed implementation until 2009, after the 2008 Farm Bill required USDA to issue and enforce the rules. Once implemented, the meat industry worked with governments in Canada and Mexico to file a World Trade Organization (WTO) challenge against the meat provisions of COOL, alleging discrimination against Canadian and Mexican meat producers.

The WTO case highlights why the meat industry, in particular, doesn’t like COOL. The big meat companies consider all of North America their playground (thank you NAFTA!)  – resulting in livestock crossing borders often several times in their lifetime. So, a cow may be born in Canada or a pig in Mexico, but the animal is finished and slaughtered in the U.S. The WTO ruled that while country of origin labeling is allowed, in the case of meat (where animals may be born in one country, raised in another, and slaughtered in another) it didn’t provide enough information to consumers.

The WTO ruling sent the USDA back to the rule-writing drawing board, where they issued new rules in May, in consultation with the U.S. Trade Representative. Thankfully, instead of weakening the rules, the USDA listened to tens of thousands of comments from farmers, ranchers and consumers calling for stronger rules. The new and improved COOL requires muscle cuts of beef, pork, lamb and goat meat to list the country where the animal was born, raised and slaughtered—and eliminate confusing co-mingled mixed origin labels.

Agribusiness went into a tizzy. Groups representing U.S., Canadian and Mexican meat industries sought a preliminary injunction to block the revised USDA rules. Their case was denied in U.S. District court and is now under appeal. The governments of Canada and Mexico are threatening the U.S. government with additional legal action at the WTO, if COOL isn’t killed in the Farm Bill. And now, agribusiness lobbyists are doing what they do best: working behind closed doors in an attempt to undo COOL during the Farm Bill negotiations.

There is some reason to believe COOL is already affecting the industry. Tyson announced just last month that that it would stop buying Canadian cattle for shipment to U.S. beef plants (though it will continue to buy Canadian feeder cattle that it will finish at U.S. feedlots) because of COOL. Tracking where animals came from was just too costly, says Tyson.

COOL is just one manifestation of a larger battleground for greater food transparency as consumers struggle to have some say in a food system controlled by fewer and fewer corporations. Any step toward greater transparency is being fought tooth and nail by agribusiness; see the tens of millions of dollars companies spent to defeat labeling of genetically engineered foods in Washington State and California.

Of course, not all in the food industry are blocking more information for consumers. More and more voluntary labels are on the supermarket shelves, from “free range” to “raised without antibiotics” to “fair trade.” Food co-ops and Whole Foods are driving many of these changes, as the market grows for consumers who want to know not only where their food came from, but how it was produced. Many farmers targeting local markets are embracing greater transparency, and even larger-scale farmers are recognizing the price premiums offered by the rapidly rising non-GMO market.

The battle for greater transparency in the food system is happening at the state level, in Congress, and even at the international level, both at the WTO and within bilateral trade agreements like the U.S.-EU trade deal. The next litmus test for COOL is the Farm Bill conference committee. Will members of Congress stand up for consumers, farmers and ranchers or cave in to agribusiness? We’ll be watching.