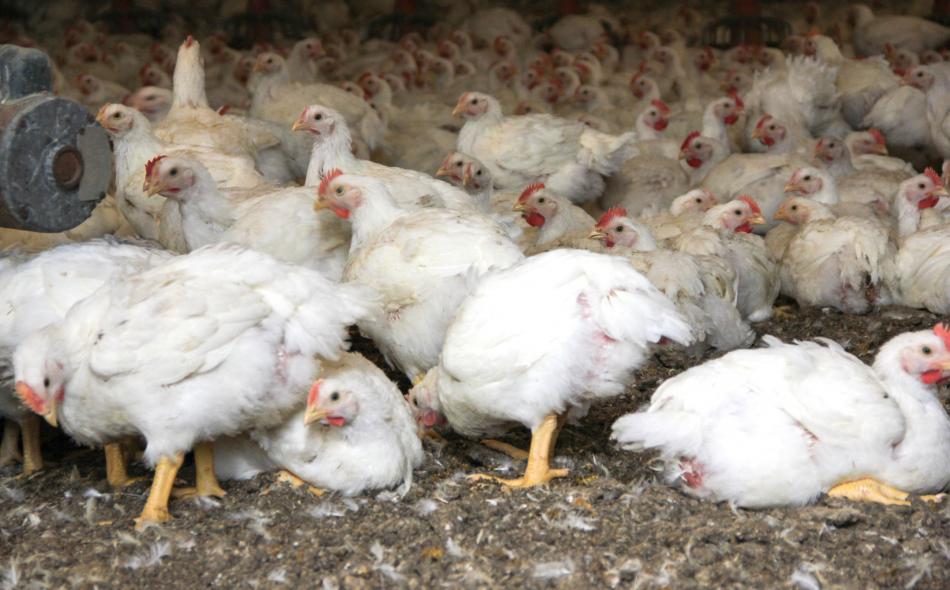 Last month, workers entered ten massive, confined turkey and chicken operations in Indiana and sprayed foam designed to suffocate the birds. When the cold temperatures froze the hoses, local prisoners were brought in to help kill the birds manually. Other operations shut down the ventilation systems killing the birds as heat temperatures rose. More than 400,000 birds have been euthanized so far in an effort to contain a new strain of avian flu in the U.S. Last year, approximately 45 million birds were killed to contain the spread of a different avian flu strain in the U.S. These epidemics are not limited to poultry: two years ago, a massive piglet virus outbreak killed millions of pigs (an estimated 10 percent of the U.S. hog population).

The rapid spread of new disease strains, made worse by a changing climate, is one very visible reason why the expansion of factory-style animal production is viewed as unsustainable. As Olivier De Schutter, Hans Herren and Emile Frison point out in commenting on livestock’s ecological footprint, this industrial model of meat production “yields too many negative outcomes on too many fronts to be justifiable.”

While this model of production is now global, the U.S. experience exposes many of its unintended and often unspoken consequences. The Pew Commission on Animal Agriculture identified a host of negative impacts from industrial animal production in the U.S. on rural communities, public health, the environment and animal welfare. In North Carolina, groups have called for the government to launch a civil rights investigation into how the concentration of hog farms and associated manure lagoons in largely minority communities have caused environmental and health problems. The dangerous work and poor treatment of U.S. meat and poultry workers have given rise to allegations of international human rights violations.

Of course, this is more than a U.S. problem. In December, the Institute for Agriculture and Trade Policy hosted a webinar in which animal industry experts outlined eerily similar systems in the U.S., Brazil and India, which force contract poultry growers to take on enormous financial risk without having the power to negotiate fair prices. China’s embrace of industrial animal production is accelerating the model’s growth both inside and outside of China.

This factory-based model of animal production is gaining increased scrutiny at least partially because of its large climate footprint. Much of agriculture’s estimated percent of global greenhouse gas emissions can be linked to the rise of animal agriculture—whether from methane emissions or through the use of synthetic fertilizer to produce the massive amounts of corn and soy needed for animal feed.

The U.S. example is again instructive. Manure-related methane emissions from confined animal operations now account for roughly 30 percent of California’s total methane emissions. The increased use of liquid waste lagoon systems in U.S. dairies led to a 115 percent increase in emissions from 1990 to 2012. Corn and soy-fed ruminants raised in confined systems produce more methane than grazing livestock. A U.S. government report concluded that enteric emissions decrease when shifting the feed of dairy cows from silage and grain toward more grass.

The multiple benefits of a more diversified farming approach, which includes animal production as part of an agroecological system, are becoming increasingly evident. The multi-year International Assessment of Agricultural Knowledge, Science and Technology for Development, which included 900 experts in 110 countries and international agencies including the World Bank and UN Food and Agriculture Organization, concluded that agroecological systems are good for farmers, food security and building climate resilience. Yet public policies—whether through trade agreements or national farm policies—continue to support the meat industry’s exploitive system of production.

As the meat industry scrambles to inoculate massive confinement facilities from diseases like avian flu or the piglet virus, there seems to be little consideration that the model itself is badly broken.