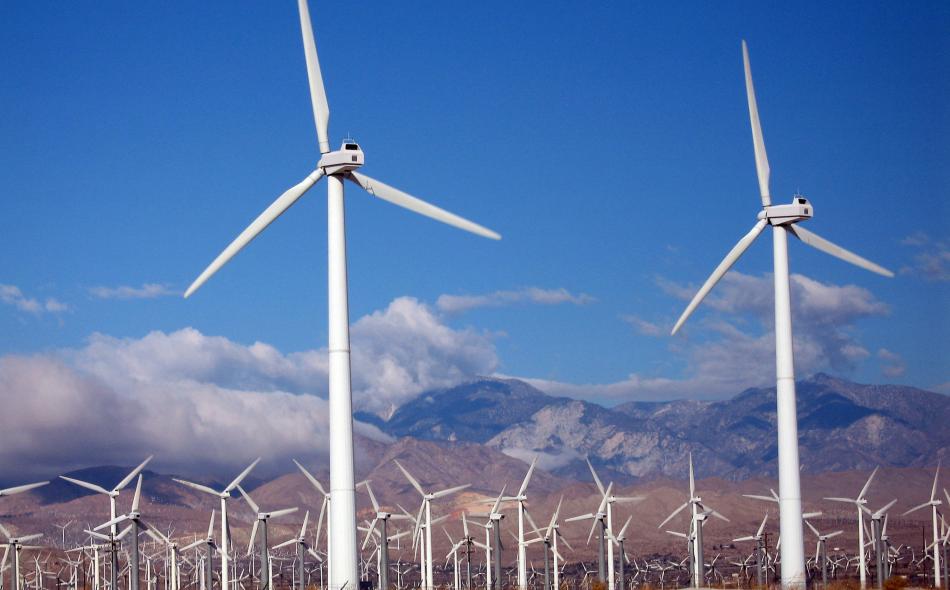 The newly introduced Off Fossil Fuels for a Better Future Act (OFF Act) is the most aggressive climate proposal to come out of the U.S. to date. As rampant wildfires burn in the western U.S. and hurricanes batter the southern states and Caribbean islands, 2017 is shaping up to be the second hottest year on record. These increasingly frequent and extreme weather events signal the need for aggressive climate action, and the OFF Act delivers.

The OFF Act was introduced earlier this month by Representative Tulsi Gabbard (D-HI), and co-sponsored by Representatives Nanette Barragan (D-CA), Barbara Lee (D-CA), Ted Lieu (D-CA), Jamie Raskin (D-MD), Keith Ellison (D-MN) and Jan Schakowsky (D-IL). The bill champions a just transition away from fossil fuels in the U.S., resulting in a 100% clean energy economy by 2035. The transition would be funded through two mechanisms; closing an offshore tax loophole, and repealing federal tax breaks for the fossil fuel industry.

At the global scale, countries are tackling climate change through the Paris Agreement. Although the U.S. is currently part of the agreement, the Trump administration has said that the U.S. may not participate, leaving the U.S. and Syria as the only two countries in the world that are not part of the deal. With the U.S.’s participation in the pact uncertain, states and cities are stepping up to participate as informal actors. However, climate change is a problem requiring large-scale cooperation and creative solutions, and the OFF Act would serve as an ambitious and much-needed U.S. contribution to the global climate crisis.

So far, many countries and some U.S. states have attempted to address climate impacts by implementing cap-and-trade systems. These pay-to-pollute schemes set up markets where polluters can purchase and sell emissions credits. The idea is that a high enough price on emissions credits provides a market-based incentive to emit fewer greenhouse gases. However, cap-and-trade has largely failed to reduce emissions across the globe. A recent report from IATP, "Don’t Believe the Carbon Market Hype: Why states should not pursue carbon markets and what they can do instead," explains how carbon markets have not led to meaningful greenhouse gas reductions and have disproportionately harmed rural communities, low-income communities, and communities of color.

The OFF Act sidesteps the problems of cap-and-trade systems, providing a better way forward. First, and perhaps most importantly, the legislation will actually reduce greenhouse gas emissions. There is no way to transition to a 100% clean energy economy and not reduce greenhouse gas emissions, putting this legislation miles ahead of cap-and-trade programs that have either not reduced emissions, or only reduced them marginally. Even without the OFF Act, the energy market is already shifting away from fossil fuels and towards renewables, and this bill would speed the transition to clean energy.

Second, the OFF Act puts racial and economic justice at the center of the transition away from fossil fuels. It requires that “impacted communities have a leading role in the development and implementation of clean energy plans and regulations, and establishes an equitable transition fund and workforce development center.” This is incredibly important to avoid disproportionately impacting low-income and minority communities. As stated in the legislation, “people of color comprise almost half of the 11,400,000 people nationwide who live near dangerous, polluting facilities, and are twice as likely to live in those areas as white Americans. African Americans are 79 percent more likely than white Americans to live in communities where industrial pollution poses the greatest health danger.” Putting these affected individuals in leadership roles to shape the transition away from fossil fuels will start to address these current and historical environmental justice impacts.

Additionally, many rural communities and individuals will be impacted by the shuttering of coal and natural gas plants and fracking operations. These communities also need to be in charge of their own transitions and will benefit most when they can help lead the development of the new clean energy workplace. The OFF Act requires that new jobs pay a family-sustaining wage, that workers have a powerful voice through union organizing, and that new jobs are created in the same communities that are suffering from the loss of fossil fuel industries. The transition away from fossil fuels will not be easy, but as we have seen at IATP through our local work on the Rural Climate Dialogues, putting impacted communities in charge of their own solutions is essential to achieving meaningful results.

The OFF Act is unlikely to get passed through this Congress, but it lays the groundwork for a new political environment. Until such progressive and much-needed legislation can get passed, there is more that we can do. State and local initiatives to address climate change are cropping up across the country, and these initiatives need support.

Furthermore, organizations and partnerships that strive to help communities dependent on fossil fuels create new economic opportunities and provide job training for displaced workers need support. One such initiative is the Appalachian Regional Commission (ARC). The Trump administration has proposed completely eliminating funding for ARC, and we must speak out against that cut as well as support funding for other rural development programs and initiatives to assist fossil fuel dependent communities in the transition to clean energy.

If we are to meaningfully address climate change, we cannot take our eyes off the ultimate goal of moving away from fossil fuels. The market is already shifting in favor of renewable energy, but policy is essential to speed the transition and make sure equity is at the core of the transition. Legislation like the OFF Act moves us in the right direction.