The United States and China continue to circle around a deadline that could mark a turning point in their commercial and diplomatic relations. On March 1, the Trump administration had planned to levy 25 percent tariffs on more than $200 billion of Chinese exports, unless China agreed to all U.S. demands, including ceasing its retaliatory tariffs against U.S. exports. But on February 24, President Donald Trump tweeted he would indefinitely postpone the date for applying those tariffs, pending the signing of an agreement by President Xi Jinping at President Trump’s country club in Mar-a-Lago, Florida, sometime in the future.

While praising the “progress” claimed to have been made in the negotiations, President Trump rebuked U.S. Trade Representative Robert Lighthizer, in front of reporters and Chinese negotiators, for formulating any eventual agreements as Memoranda of Understanding (MoU), because President Trump doesn’t trust MoUs. Trump insisted that any documents he and President Xi might sign be called a “trade agreement.” The U.S. draft list of demands for the negotiations is prefaced by a claim that whatever is negotiated is not an “international trade agreement,” regardless of the impacts of the MoUs on members of the World Trade Organization.

A May 2018 four-page draft of U.S. demands, first reported in January in the Financial Times, would require China to purchase, in enforceable phases, U.S. goods and services “such that the U.S. trade deficit with China will have decreased compared to 2018 by at least $200 billion by the end of 2020.” The U.S. requires that “China immediately will cease providing [U.S. determined] market-distorting subsidies and other types of government support” for its Made in China 2025 industrial policy. It must strengthen protections of U.S. patented, trademarked and copyrighted products and U.S. investments in China. China must withdraw dispute settlement cases against the United States it has begun in the World Trade Organization and terminate all retaliatory actions, including tariffs against U.S. agricultural exports to China.

In a January 16 article, IATP cited the FT’s Martin Wolf: “The idea that the U.S. will be judge, jury and executioner, while China will be deprived of the rights to retaliate or seek recourse to the WTO is crazy.” China has not given up its WTO rights but is negotiating to avoid the threatened U.S. tariffs, to buy U.S. goods, and to change Chinese law and enforcement practices to protect U.S. investments and intellectual property.

The Department of Commerce released reports in January 2018 to justify the current tariffs on steel and aluminum imports  imposed for national security reasons. It is likely that the U.S. will propose to enforce the bilateral agreement outside of the WTO dispute settlement system by including U.S. unilateral tariffs and anti-subsidy measures as a formal compliance mechanism. If China were to agree to that compliance mechanism, the steel and aluminum studies, which include redacted commercial information submitted by U.S. steel and aluminum producers, might not be subject to review and possible dispute challenge by other WTO members.

On December 17, U.S. Secretary of Agriculture Sonny Perdue announced “the second and final round of trade mitigation payments aimed at assisting farmers suffering from damage due to unjustified trade retaliation by foreign nations.” Also in December, the Congressional Research Service informed its employer that net farm income was estimated to be down 46 percent from its record high in 2013 and that $4.6 billion in trade mitigation payments contributed to the highest level of U.S. government payments to farmers since 2006. In other words, while the clock has stopped ticking—for the moment—on dropping Trump’s tariff bomb, the U.S. taxpayer trade-related safety net for farmers will be reduced. According to Bloomberg, as part of the overall deal, “China is proposing that it could buy an additional $30 billion a year of U.S. agricultural products” above the pre-trade dispute export sales level during the period that the MoU/trade agreement is in force. The purchases would reduce the huge stocks of grains and soybeans held in U.S. elevators and lying on the ground covered by tarps.

Gordon Sondland, the United States ambassador to the European Union, has proposed that the EU make common cause with the U.S. against China. But how? The Office of the U.S. Trade Representative’s “2018 Report to Congress on China’s WTO Compliance” concluded that EU-proposed reforms of the WTO dispute settlement system and of the WTO system for reporting changes to its members’ trade-related laws are wholly inadequate to achieve U.S. aims. The procedural reforms do not force China to change its economic development model to become a “market economy” open to U.S. investment without conditions. (“Market economy” status imposes fewer and less burdensome requirements than those for “non-market” WTO members.)

At the WTO’s biannual review of U.S. trade policies, EU ambassador to the WTO Mark Vanheukelen said, “The multilateral trading system is in a deep crisis and the United States is at its epicenter." In July 2018, President Trump described the EU as a greater threat to the United States than Russia or China, because of the EU’s trade practices and under-spending on military defense. The EU cannot ignore U.S. attacks on its institutions and policies, even while, along with the U.S., the EU is denying China’s effort to be considered a “market economy” by WTO members.

Ambassador Sondland, formerly a hotel magnate, criticized a speech by Secretary of State Mike Pompeo in December in Brussels as not tough enough on the EU.  Secretary Pompeo, according to Politico, “bashed a wide array of international organizations, including the EU, the United Nations, the Organization of American States, the African Union, the World Bank, the International Monetary Fund and the International Criminal Court.” Having disparaged international organizations, very soon thereafter Secretary Pompeo was praising “our true allies,” such as Poland and Hungary, willing to follow U.S. foreign policy and split EU foreign policy cohesion.

Secretary Pompeo, echoing President Trump, insists that national sovereignty claims overrule international governance. Consequently, the U.S. has threatened the EU with sanctions for not complying with U.S. sanctions against trade with Iran. In response to a February 13 speech by Vice President Mike Pence criticizing the trade of Germany, France and the United Kingdom with Iran, an EU official stated, “the EU does not recognize the extra-territorial application of U.S. sanctions.”

The consequences of the trade and foreign policy disputes among the major powers reach beyond their own borders. In February, a report of the United Nations Conference on Trade and Development (UNCTAD) stated, “the trade confrontations between the United States and China have already weighed on currency markets by increasing the volatility and downward pressure for many currencies, especially in the riskier emerging markets. For many developing countries, one important concern is whether trade tensions will affect currency markets in ways that will make their dollar-denominated debt more difficult to service.” The UNCTAD report noted that trade related currency re-pricing was just one of several spillover effects thus far of the retaliatory tariff battles.

Rather than work with or through international organizations, the Trump administration views every trade dispute as a nail to be hit with a tariff or threat of a tariff. President Trump dangles the threat of tariffs on U.S. imports of European and Japanese automobiles, to force open those markets to U.S. agricultural goods.

The European Parliament’s response to these and other U.S. threats may be weakening support for a mandate for the European Commission to negotiate even a phased in and “lite” version of the proposed Transatlantic Trade and Investment Partnership. On January 30, Bernd Lange, chair of the Parliament’s committee on international trade, proposed a non-binding resolution to reject “the opening of negotiations of an agreement with the US on the elimination of tariffs for industrial goods and on [regulatory cooperation] conformity assessment in their current form.” The committee rejected Lange’s proposal and endorsed by a 21 to 17 vote a resolution to open trade negotiations with the U.S. subject to “articulated red lines”, including the exclusion of agriculture—a U.S. priority (subscription required). The full Parliament will vote on the resolution in mid-March. Its narrow margin of victory indicates a large minority of support for not negotiating with the Trump administration under any conditions.

In response to the U.S.’s unilateral application of tariffs and hostility towards international organizations, China’s strategy has been to find allies through international organizations. SUNS reports (subscription required) that China and India have responded to U.S. demands for an end to self-designation of developing countries (subscription required) which allows them to receive, non-binding Special and Differential Treatment in WTO agreements (e.g. longer compliance timelines). The China/India paper contends that international organization definitions of developing countries are based on per capita measures of human welfare and not macro-economic measurements, such as growth in the Gross Domestic Product and trade balances.

Chad Freeman, a China expert formerly in the State Department, described U.S. diplomacy towards China: “Some Americans nostalgic for the simplicities of the Cold War suffer from enemy deprivation syndrome. They are in earnest search of a hostile ideology against which to orient themselves and see China as the answer to their distress.” There is ample evidence that China, under current Communist Party management, is hostile to U.S. national security interests, with increased Chinese (and Iranian) cyber warfare against U.S. corporations as one response to the current trade war. However, there is also ample evidence of a Cold War mentality in the U.S. trade policy and diplomacy that seeks to contain China’s economic development and geo-political influence by making demands that likely would require regime change in China (and Iran, Venezuela, Cuba and Nicaragua) to fulfill. 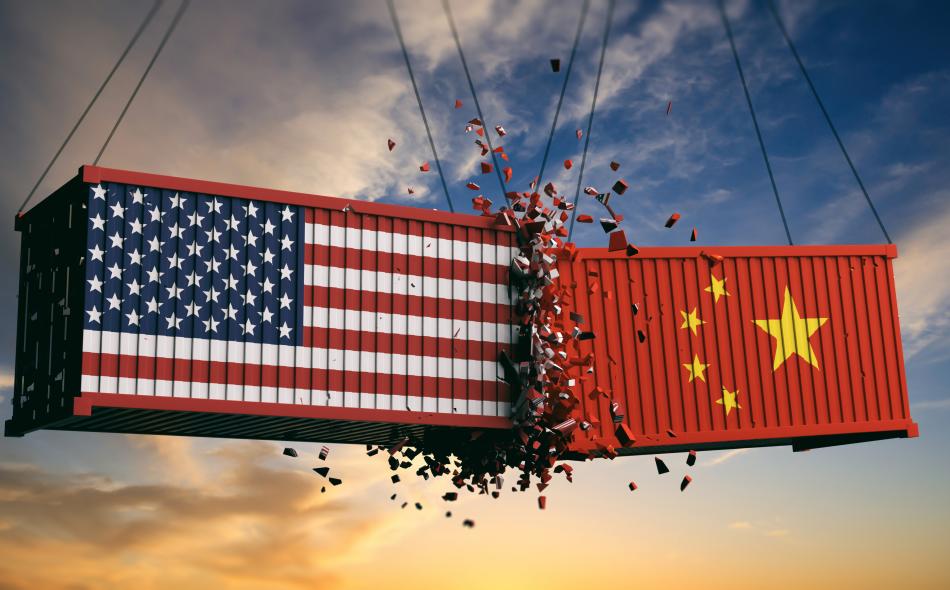 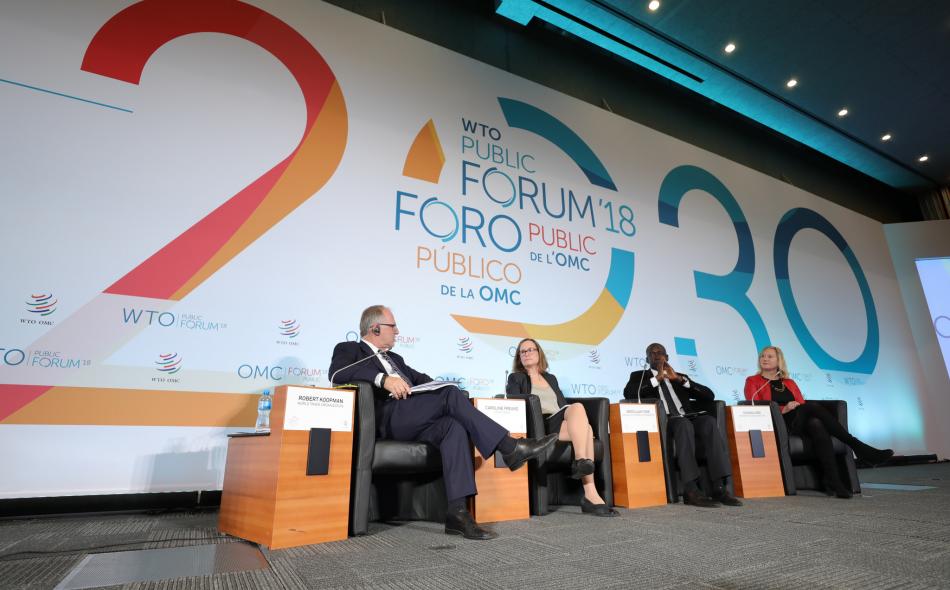