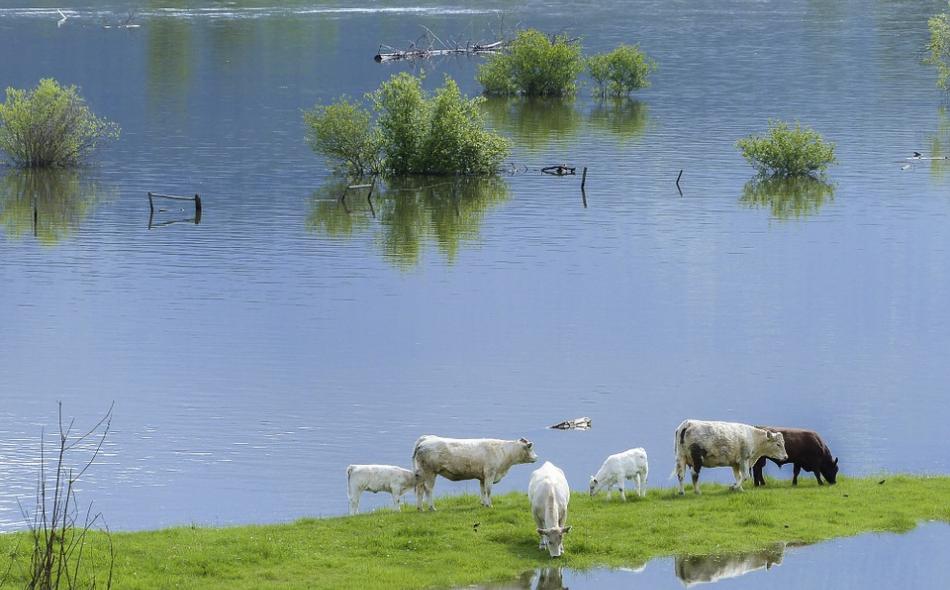 While the debate continues about holistic management and what “true cost” actually means for livestock production models and climate change, technocrats and governments are busy establishing standards for carbon intensity reduction in industrial animal agriculture. These discussions are proceeding at a rapid pace and remain largely obscure—both in terms of the technical language used and in terms of visibility.

For instance, the Livestock Working Group of the Global Research Alliance on Agricultural Greenhouse Gases, established at the Copenhagen climate talks in 2009, is forging ahead with defining standards for emissions inventories for livestock production. The goal is not to change or transform animal production to become more climate-friendly, but rather to find ways to reduce emissions within an ever-expanding, unsustainable, industrial model of production.

Read the livestock debate in full

Countries report these inventories to quantify their reductions of emissions (intensity) to meet international commitments on climate change that served as a basis for the Paris climate agreement. The most recent newsletter of the Working Group reports:

from increased productivity. Advanced inventories thus demonstrate a win-win for agricultural and economic development goals and reducing the amount of emissions per unit of food produced.

The newsletter reports on a September 2015 workshop held with Southeast Asian countries to help them determine which livestock emissions they would prioritize and how to inventory them. As with the problematic counting of carbon in soils, the focus appears to be on simplifying quantification and a singular focus on mitigation, rather than concerns articulated by Olivier De Schutter, Hans Herren and Emile Frison.

Governments are rapidly embracing the key notion behind this alliance: how to continue our current economic model of production while producing less emissions. This means exacting even more meat and milk from animals than we currently do in the extremely extractive and debilitating industrial animal production model. The French government, for instance, has embarked on a massive pilot project:

To help the French dairy sector continue to achieve reductions in emissions intensity, a ‘LIFE CARBON DAIRY action plan’ has been introduced that aims to reduce the carbon footprint of milk production by 20% over 10 years, thereby avoiding emitting 140,000 tons of CO2 eq. The plan, funded by the European Commission (LIFE) and the French Ministry of Agriculture, is being rolled out across six pilot areas representing 65% of national production.

While much may be good or problematic in this plan, the fact is that very few details are available. The brochure for the project notes that “Carbon credit mechanisms may also be incorporated in the future in order to compensate for any negative economic effects.”

It is no coincidence that an alliance started in Copenhagen by governments that wanted to quantify agriculture emissions and trade them on carbon markets, is helping developing countries set up emissions inventories for this sector. Eventually, these inventories will be helpful in establishing carbon offsets for governments that can pay for them and allow their corporations to continue polluting.

On the other side of the spectrum is a growing demand for reducing meat and dairy consumption as a critical way to deal with the climate problem related to livestock. IATP would clarify and advocate for the reduction of industrial meat and dairy consumption, since it is particularly this model of production that is rapidly growing to meet demand. A report by Chatham House states:

If meat and dairy consumption continues to rise at current rates, the agricultural sector alone will soak up 20 of the 23 GtCO2e yearly limit in 2050, leaving just 3 GtCO2e for the rest of the global economy. Even under the most ambitious of decarbonization scenarios, it will be near impossible for emissions from other sectors to drop to such levels by the middle of the century.

A shift away from industrial meat production will not be easy, as global meat companies have become increasingly politically powerful. For example, last year, the U.S. meat industry spent $3 million just to stop the U.S. government from enacting dietary guidelines that recommended a reduction in meat consumption.

It will take a lot more than asking governments to reduce subsidies for industrial animal production, as Sheldon Frith suggests, to measure true costs and stop the tide of corporate money (read Power) that continues to successfully stop initiatives and measures intended to make corporations pay for the damage they are doing.

Moreover, until we stop free trade agreements such as the Trans Pacific Partnership (TPP) and the Transatlantic Trade and Investment Partnership (TTIP), we will continue to see the literal expansion of meat markets for powerful transnational corporations who use the World Trade Organization, bilateral and regional “free” trade treaties to lower standards and eliminate tariffs for industrially produced meat products, thereby wiping out small, independent and more sustainable systems of livestock farming.

Tier 1 inventories calculate emissions based i.e. kg of methane produced per animal per year (methane or some other emission factor). These factors are assumed to remain constant over time thus do not allow for reporting changes in emissions intensity. In contrast, Tier 2 inventories calculate emissions based on the amount of methane produced per kg of dry matter “or per kilojoule of gross energy consumed.” To paraphrase: The assumption is that the more efficiently an animal turns feed into muscle or milk, the less intensely it emits emissions.