A Journey Toward Gender Equity in Agroecology

IATP mourns the loss of Olga Alcaraz Andrade, a leader in the Mexican farmers’ organization REDCCAM and our partner ANEC. We republish this article on her work as one small way to honor her achievements and celebrate her life.

Agroecology is more than just a set of farming practices. Sustainable inputs and techniques are very much a part of the equation, but agroecology also involves a fundamental rebalancing of authority, with active conversations between farmers and technical experts that occur in specific cultural and ecological contexts. Call me a feminist (please), but in my mind, that only works when women’s voices are front and center in those dialogues and decisions.

One of the key messages in a recent report, Agroecological Transition in Mexico: ANEC’s Journey to a Better Food and Farm System, is the importance of meeting farmers where they are, rather than attempting to impose solutions. And in Mexico, as elsewhere, many of those farmers are women. The Asociación Nacional de Empresas Comercializadoras de Productores del Campo (ANEC) has successfully brought small and medium-scale farmers growing corn and other commercial crops into agroecology by listening to the problems they are actually facing and working with them to find new solutions. In some cases, that has meant finding ways to reduce input costs; in others, it was finding safer alternatives to agrochemicals.

But the mission of agroecology is not just to substitute one input for something cheaper and more sustainable. It is also to build participatory structures so that farmers and technical experts can together learn what makes sense in each situation. That “dialogue of knowledge” is a central component of the ANEC approach, and it has led to some unexpected initiatives, including a new recognition of women as central actors in farming and rural economies.

That shared learning occurs all over the world in ways that challenge not just cropping techniques, but fundamental power structures. In Women at the Center of Climate Friendly Approaches to Agriculture and Water Use, IATP’s Shiney Varghese documented the experience of the Tamil Nadu Women’s Collective in India. This group began working together to stop violence against women, and along the way, recognized the need to form their own organization and determine their own pathways to personal, political and economic empowerment. They used the System of Rice Intensification (SRI) as one step in that process, making it their own agroecological practice through constant experimentation and knowledge exchanges. Their approach enhanced women’s incomes and active participation in the organization, helping it to grow and take on new challenges including opposing environmentally destructive sand mining and successfully fielding candidates for local political offices. 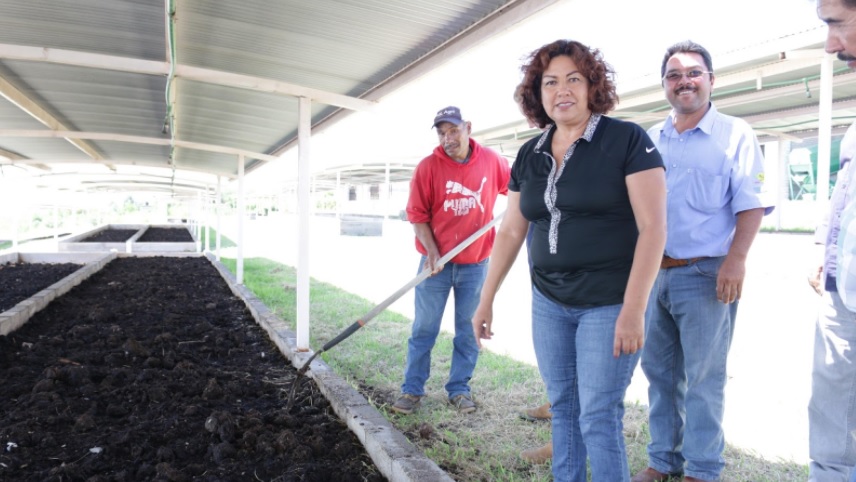 In Mexico, Zoe VanGelder looked at the ways ANEC’s approach to agroecology challenges local monopolies and the key role of a charismatic woman leader. Olga Alcaraz Andrade is the Director of Agricultores Unidos de Guayangareo in Michoacán. Olga recounted to Zoe that farmers initially organized in Guayangareo in response to corrupt intermediaries and grain processors:

'Farmers have been mistreated and stolen from for years. [The organization] had to start small and had little to offer initially except for a fairer price for grain and the knowledge that you weren’t going to get ripped off by us.’ Farmers in the area frequently received late payments or unfair payments from intermediaries and were subject to a series of injustices. ‘We gained their trust by being transparent about accounts, being clear about expectations and holding up our end of the bargain, paying out when we said we would and involving member and non-member farmers alike in big decisions.’ The fact that Olga is a woman created even more obstacles for her to gain the confidence of member farmers. ‘It was hard at first, they doubted that I knew what I was doing.’ A founding member said that now, ‘with everything we’ve been able to do under Olga’s leadership, we have confidence in her. If she comes to us with a new idea, like she did with ACCI/MICI [ANEC’s agroecology program], we are eager to support her and to listen.'

Olga is an important ANEC leader at the national and international levels too, but of course the journey isn’t over. ANEC recognizes that one of its biggest challenges is to better include women – as well as youth – in its organizational structure. According to the report on ANEC’s agroecology program, women currently represent 20 percent of the organization’s overall membership and 16 percent of the farmers participating in its agroecology program. ANEC does have some promising initiatives, such as favoring the recruitment of women in its hiring and new programs to involve women in rural communities in the ACCI/MICI approach. How to make progress on that front is a central dilemma that ANEC’s leadership (including Olga) is working to resolve.

That progress will occur within a potentially difficult political context. The news that even progressive presidential candidate Andres Manuel Lopez Obrador said he would name a proponent of industrial agriculture to head Mexico’s Ministry of Agriculture is discouraging. Under structural adjustment programs first imposed by the World Bank in the 1980s, followed by trade liberalization under NAFTA and a raft of neoliberal reforms in the 1990s and 2000s, Mexican agriculture has come to mirror many of the problems in U.S. agriculture:  huge shift away from family farms toward industrial agriculture; the absence of effective programs to combat volatile crop prices and weather patterns; and dietary shifts toward processed foods and meat that contribute to increasing obesity rates. In Mexico, as families were displaced from their farms, poverty among female-headed households increased, and many women turned to work in maquilas or became farmworkers, where they were paid an average of 25 percent less than men.

As in the U.S., it’s hard to be optimistic about the prospect of positive changes in farm, food and trade policies at the federal level, yet there are important local initiatives all around. In the short term, it may be that the best we can hope for is damage control, such as holding off harmful changes in NAFTA that would expand trade in agricultural biotechnology, limit consumers’ right to know and undermine efforts to address unfair dumping of farm goods at below the cost of production.

In the long term, what matters is building on progress among movements at the local level to force changes in federal policies, in both the U.S. and Mexico. Those changes are not just about which fertilizer or pesticide to use (although of course those decisions do matter), but how to build democracy, women’s rights and the right to food into our economies and food systems. Even in the disastrous current political situation, experiences like those in ANEC and the Tamil Nadu Women’s Collective offer rays of hope and inspiration.