IATP, along with 26 other organizations, launched a major report this week on how land-based sectors, such as agriculture and forestry, can deliver a pathway to limiting global warming to 1.5˚C. The report was a response to the IPCC’s decisive findings that we can and must keep Earth’s temperatures from rising beyond this level to avoid dramatic human suffering and ecosystem collapse. IATP contributed to the agriculture section, elaborating on the role livestock can play. The cumulative impacts of these actions could mitigate up to 21 gigatons of emissions per year (CO2eq). Given that humans emitted 51 gigatons from all sectors combined in 2016, this would be an enormous contribution, while at the same time helping build agricultural resilience and protecting indigenous rights and local communities.

The organizations that released the report are part of the Climate, Land, Ambition and Rights Alliance (CLARA), which includes faith-based groups, peoples’ organizations and independent researchers working in Africa, Latin America and Asia, as well as the U.S. and Europe. It came about as a response to governments engaged in the climate negotiations to demand an increase in ambitions for mitigating climate change while upholding and elevating human rights, biodiversity and ecosystem integrity. 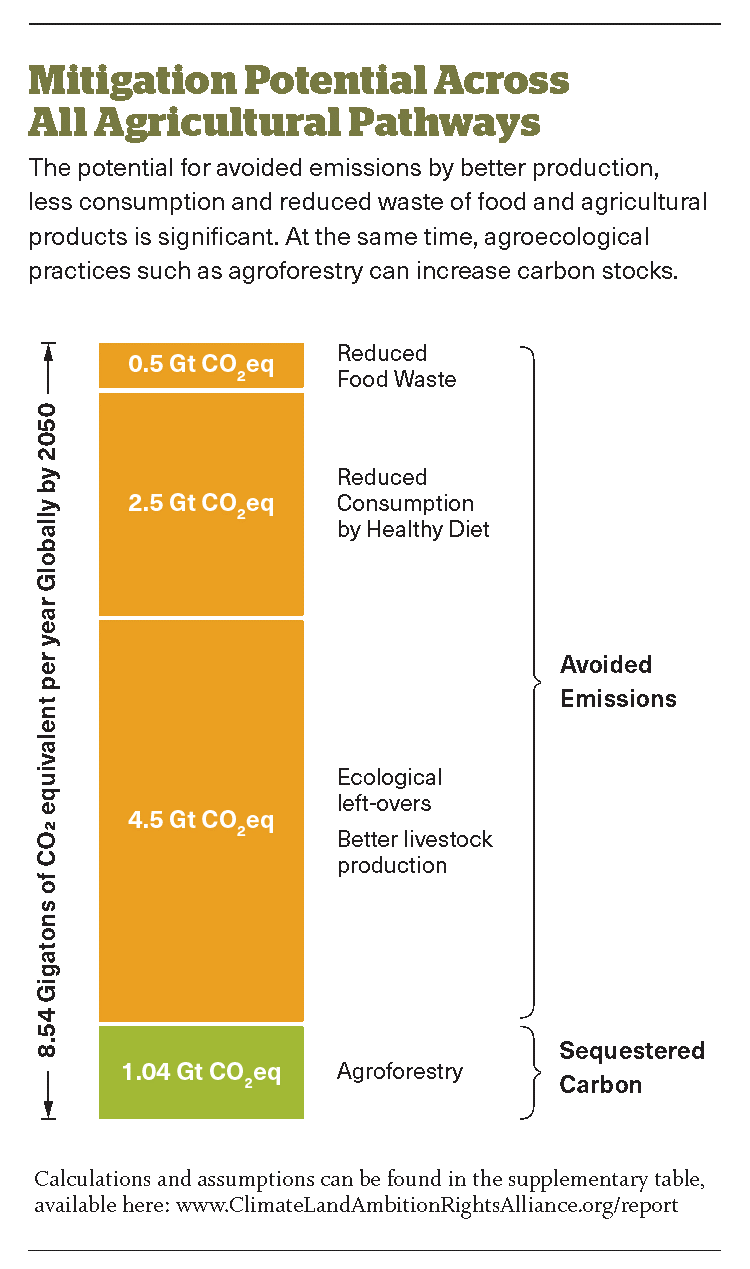 The report shows how concrete actions like better livestock production, reducing meat and dairy consumption to healthy levels, shifting agricultural practices to those that build soil health and sequester carbon, and reducing food waste can get us there. IATP’s podcast on the report gives a good overview.

In terms of forest management, “securing collective land rights for indigenous peoples and local communities represents the most effective, efficient and equitable action that governments can take to protect the world’s remaining natural forests,” explained Kate Dooley, the main author and editor of the report. “With half of the world’s land associated with a ‘customary land-use’ claim, a large portion of the remaining global forest estate is under indigenous and community management, yet only 10 percent of this land has secure legal title. An enormous volume of carbon is protected in the forests and soils of collectively held lands—strengthening customary land rights is the most effective way to ensure this carbon stays in the ground.”

In the next ten years, we have an urgent and historic opportunity to turn this ship around and help return our planet’s temperature to levels that can sustain our future generations. When it comes to livestock, it is a handful of countries and global corporations that have blocked the change we desperately need. It is these protein-surplus countries, plus China as we demonstrated in Emissions Impossible: How big meat and dairy are heating up the planet, that we need a laser beam focus on to get our livestock production and consumption right. 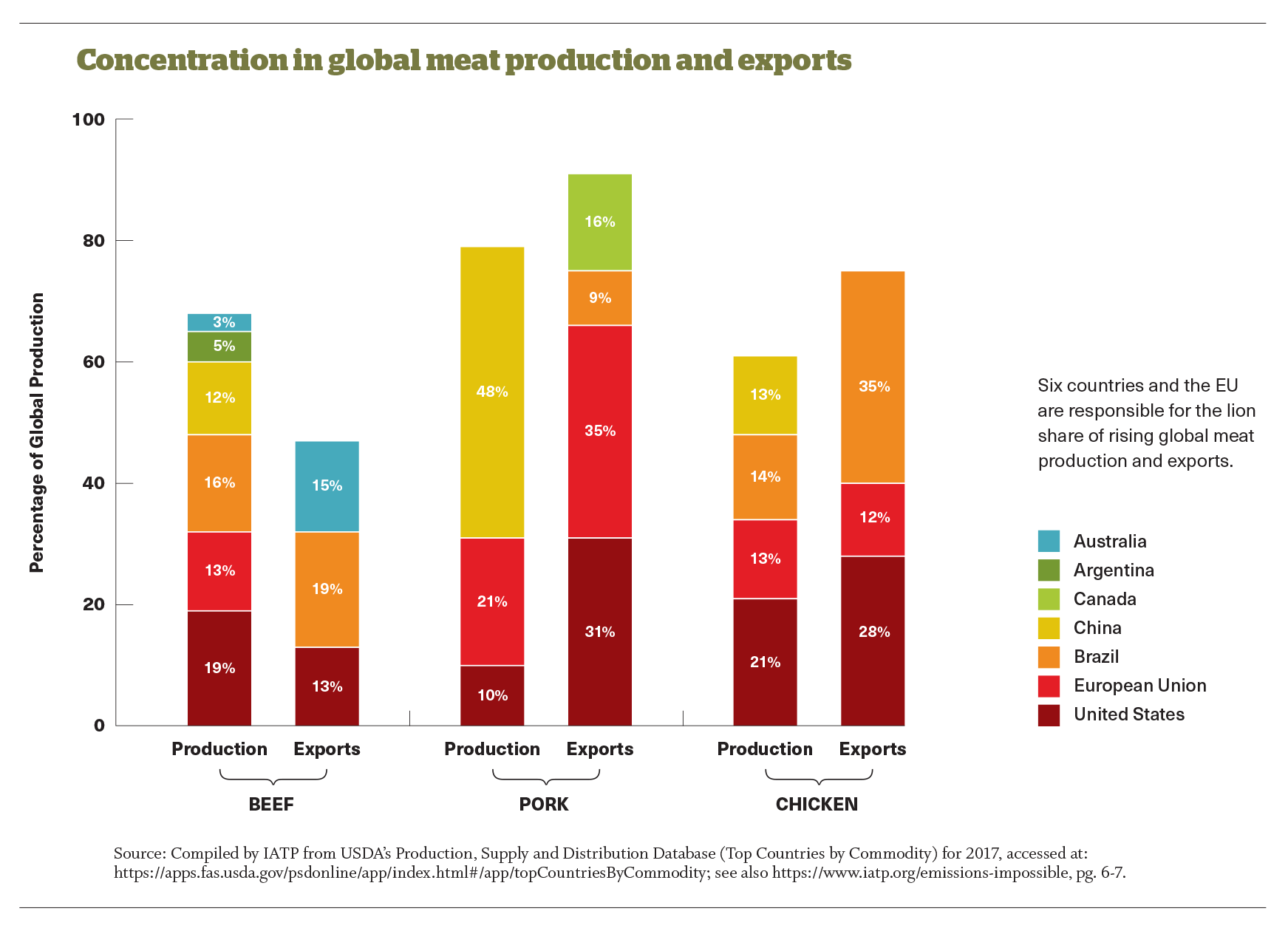 The good news is that we have a clear pathway forward to contain climate change. We now need citizens to act and make this an electoral issue of paramount importance in every single one of these countries.

Read the CLARA Report Missing Pathways to 1.5°C: The Role of the Land Sector in Ambitious Climate Action.

Listen to IATP’s podcast of the report.