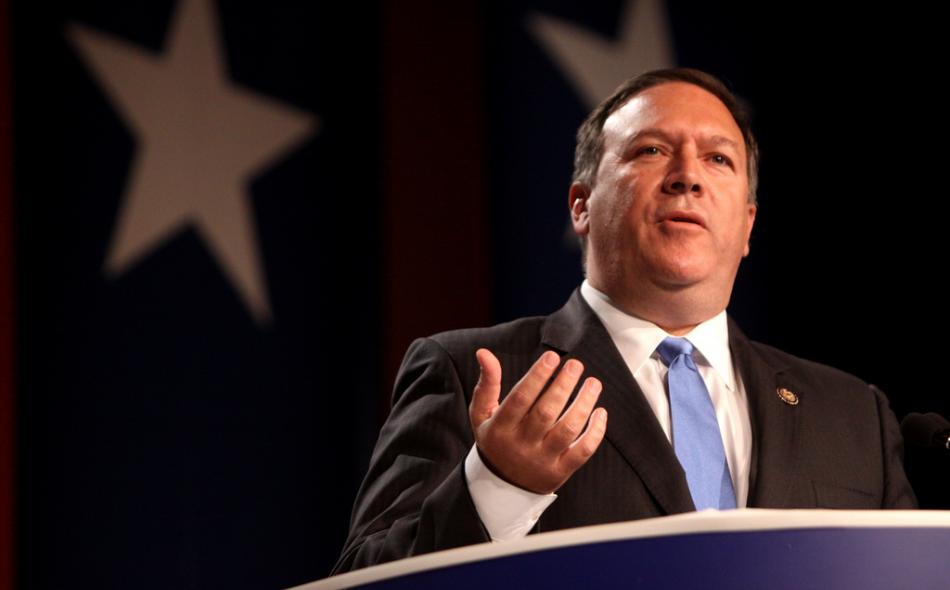 Yesterday, more than two hundred national and state-level organizations wrote to their Senators urging them to reject the nomination of Mike Pompeo for Secretary of State. IATP is one of the signatories to the letter. The groups’ message emphasized that Mr. Pompeo is a climate denier who, during his time in Congress, was the top recipient of money from the Koch Brothers, who have poured hundreds of millions of dollars into highly improper and unethical climate denial efforts over the past twenty years. Those efforts have included fake propaganda campaigns and helping craft a careful campaign that moved Republican lawmakers and leadership a long way, from fielding a presidential candidate who accepted climate change in 2008 to supporting President Trump’s move in 2017 to pull out of the Paris Accord.

At a time when our planet is rapidly warming and millions are being impacted by climate change, supercharged hurricanes, fires, drought, mudslides, and more, President Trump is replacing a climate polluter, the former ExxonMobil CEO Rex Tillerson, with a climate denier (or at best a climate sceptic) to lead America’s foreign policy. The letter argued that any Senator who votes in support of Mr. Pompeo's nomination to the important position of Secretary of State is complicit in advancing this administration’s pro-fossil fuel, anti-climate agenda.

As a Congressman, Mr. Pompeo consistently voted against every single house legislation (see image below) that would have contributed to protecting Americans’ access to clean air. According to League of Conservation Voters, he also voted against almost all bills that were pro-environment, ones that would have helped conserve America’s forests, water resources and wildlife. His abysmally low lifetime score (4%), on environmental legislations sets him apart as a foe to supporters of healthy food systems and clean environment. 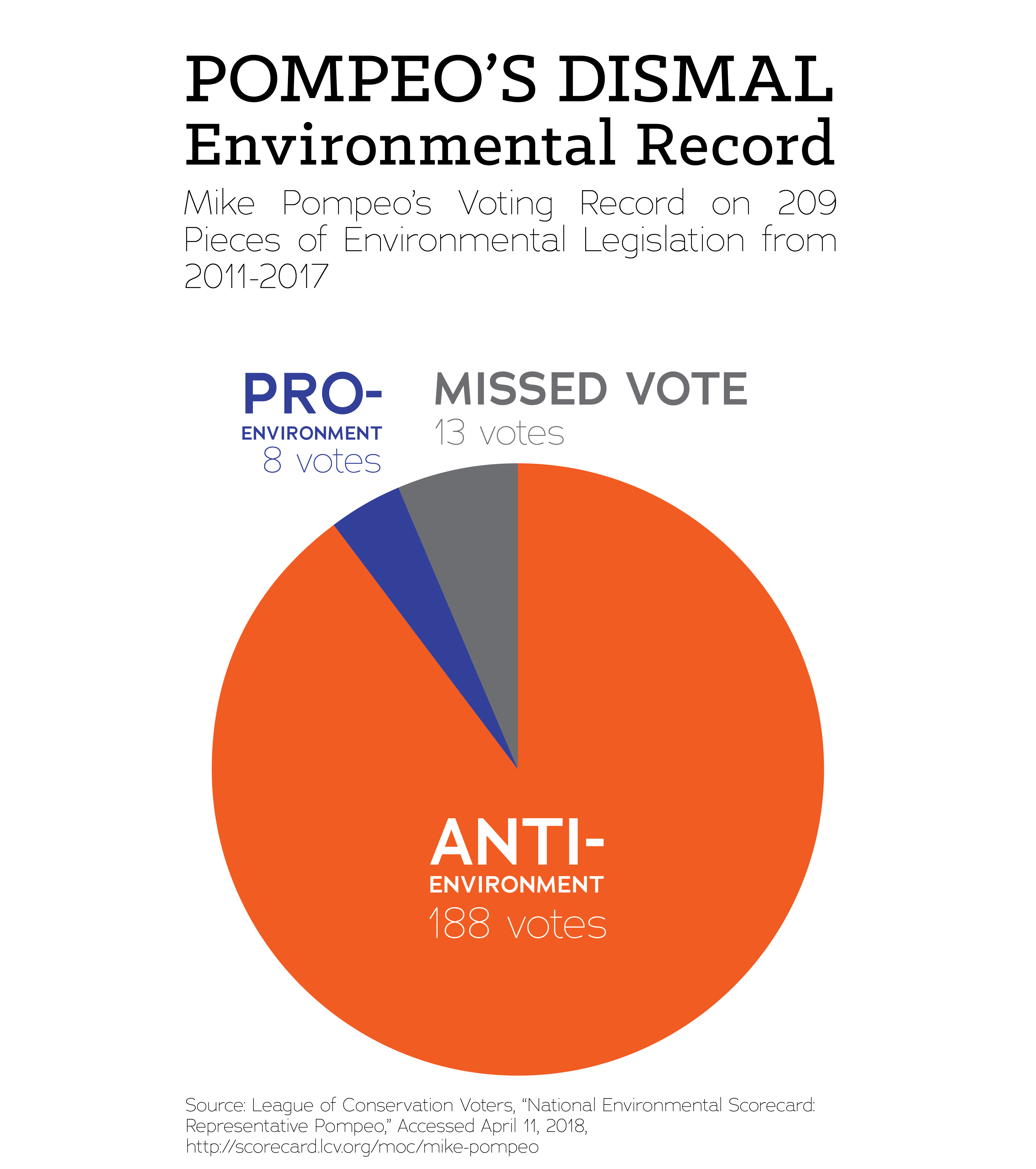 As Secretary of State, Mr. Pompeo's job would be to lead those entrusted with representing the United States abroad, to negotiate in the interest of Americans when it comes to international issues, to advance its strategic interests and to enhance the U.S. national security. Much of this work is done through the soft power of diplomacy; sometimes this is done through foreign aid: State Department (US AID) initiatives such as the “Feed the Future” and “Grand Challenges for Development” are some examples (see a critique of Feed the Future here). Foreign aid, mostly used as ‘carrot and stick,’ has been critical to America’s national security strategy. This is a view shared by top military brass as well, as is evident from a joint testimony to the Senate Armed services Committee (June 13, 2017) by several former military commanders. Mr. Pompeo is cut from a different cloth.

As a tea-party Congressman who has consistently voted against women’s reproductive rights, Mr. Pompeo has championed the use of military force over diplomacy to deal with international problems. As Secretary of State, Mr. Pompeo, a climate denier, likely will bring a similar approach to the world problems–and if confirmed he will be abetted in it by the new National Security Adviser designate, John R. Bolton. Climate change is the most pressing issue of our time; indeed, many of our past and remaining national security experts consider climate change to be a major threat to this country’s national security and safety. We cannot afford to have a pro-fossil fuel climate denier leading U.S. foreign policy.