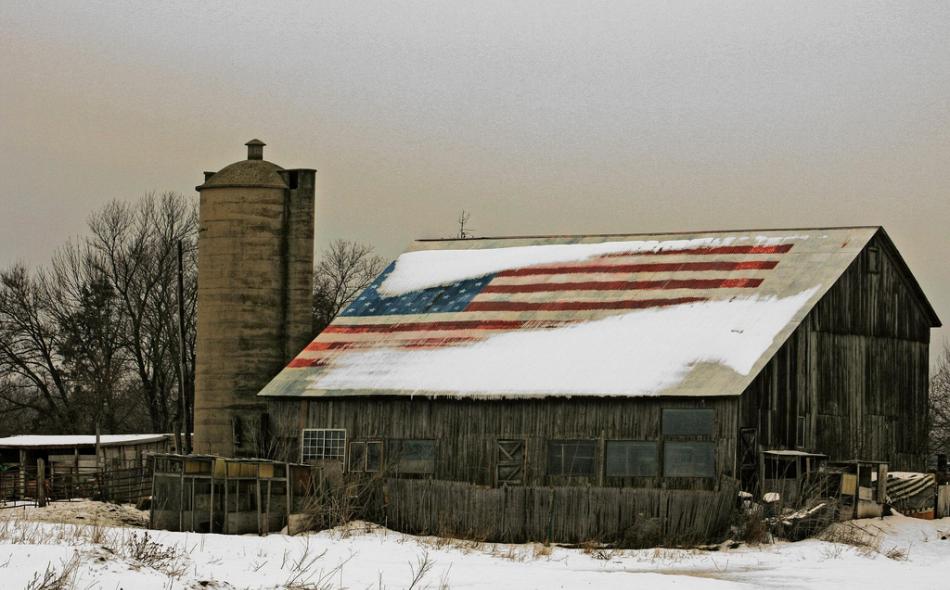 Just months after signing a $1.5 trillion tax cut that greatly benefits the nation's wealthy and big corporations, the Trump administration has proposed to slash much-needed programs that support farmers, rural development and those facing hunger. Department of Agriculture Secretary Sonny Perdue led the charge, calling for a 25 percent reduction in his own agency - a move that if enacted would significantly diminish the Department's capacity to serve people living in rural communities.

Under the proposed budget, farm-focused programs would be cut by $47 billion over 10 years, including $13 billion in cuts for conservation programs. The National Sustainable Agriculture Coalition (IATP is a member) has a detailed analysis of the proposed budget's impact on farm conservation programs. The proposal would eliminate the enormously successful working lands program, the Conservation Stewardship Program. CSP is the nation's largest farm conservation program supporting efforts on soil health, water quality and wildlife habitat. Also slated for elimination is the Regional Conservation Partnerships Program (RCPP), which connects farmers, local governments and private landowners on joint conservation efforts. The USDA's most important conservation agency, the Natural Resource and Conservation Service (NRCS), would be cut by $229 million. NRCS programs are routinely over applied for, with more than half of qualified applicants turned away each year, according to NSAC.

These research institutions are critical for farmers dealing with low prices and increasing extreme weather connected to climate change. Farmers are facing four straight years of low farm income, and the USDA is projecting another 8 percent drop in real dollars in 2018. "Young farmers are out there defying the odds and fighting to stay afloat, and the President is proposing to pull the rug even further out from under them," said Andrew Bahrenburg of the National Young Farmers Coalition.

The Daily Yonder published a detailed analysis of the proposed cuts to broader rural programs, including Rural Broadband loans and distance learning programs, rural water and wastewater grants, rural housing, and the elimination of the Rural Economic Development Loan and Grant Program. The budget would eliminate programs administrated by the Rural Business and Cooperative Service and Value-added Producers Grants that have been used to help support the development of local foods systems.

Wisconsin Public Radio reported on how Rural Economic Development Loans have been important for the state, funding business expansions for companies like Nueske's Meats and the Central Wisconsin Electric Cooperative. "It’s enabled us to increase our capacity to meet our growing demand to our customers," said Mary White, chief financial officer of Neuske's Meats.

One of Perdue's most controversial proposals was a so-called "Harvest Box," where instead of purchasing food through the Supplemental Nutrition Assistance Program (SNAP), the USDA would assemble a package of storable dairy and canned goods that would be sent to certain recipients. Perdue later confessed the logistics of the plan had not been flushed out. "Admittedly it would be very difficult to roll out a U.S.-wide, global network of delivery," Perdue told reporters.

The New York Times cited unnamed administration officials characterizing the Harvest Box proposal as "a political gambit" primarily designed to show the Trump Administration was serious about major overall cuts to the SNAP program through new work requirements. The Trump budget would cut SNAP by more than 30 percent (some $213 billion over the next 10 years). According to the Center for Budget and Policy Priorities, the cuts, combined with changes in how the program works, would push at least 4 million people out of the program. Despite prevailing notions, the SNAP program is particularly important for people living in rural areas and rural economies: A larger percentage of rural households and small towns receive SNAP benefits (15.8 percent rural, 12.6 percent metro), according to research by the Food Research and Action Center (FRAC).

Aside from farm, rural and nutritional program cuts, Trump's proposed budget would also affect a host of other programs important for rural communities, including sharply cutting income-based student loans, eliminating subsidized student loans and empowering the government to more aggressively go after students who are late on payments (student loans are a major issue for young farmers). The budget would also slash Medicare ($554 billion) and Medicaid ($250 billion) - critical programs for rural health.

The good news is that Trump's budget proposal is just that – a proposal. Congress will prepare the budget in the coming months. But Trump’s budget does mark a starting point in the debate, sets benchmarks and reflects the values of the President. When contrasted with the massive tax cuts given to the wealthy, the severe cuts to programs important to lives of rural people show this administration's damaging priorities.