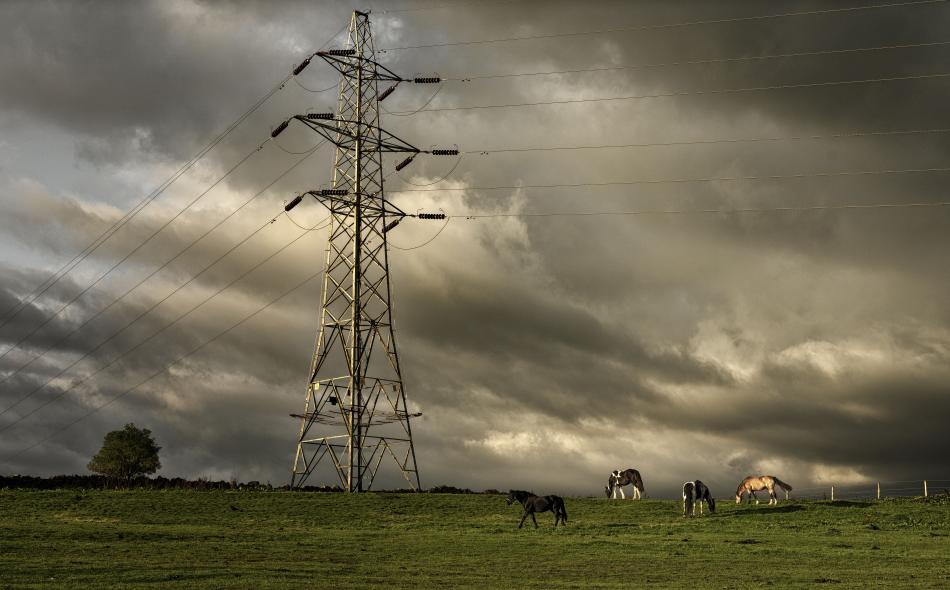 While campaigning, then-candidate Donald Trump promised a big, beautiful $1 trillion infrastructure initiative - though its actual contents and who would pay for it were never revealed. When President Trump announced the plan's details last month, the initiative was considerably smaller, and a lot uglier, than expected. States and local governments foot most of the bill, the privatization of public services is prioritized, and protections for our land and water are weakened. In many ways, the plan signifies a step back for rural concerns around infrastructure.

Let’s start with the money. Trump's "Building a Stronger America" infrastructure plan would commit just a fifth of the $1 trillion pledge ($200 billion over 10 years or $20 billion a year) to a nation in dire need of infrastructure upgrades. The plan hinges on the hope that the federal money will be leveraged by states, cities and private industry to invest in infrastructure and, ultimately, add up to $1.5 trillion. If that seems like a sleight of hand, it gets worse.

The Trump plan does commit $50 billion ($5 billion a year over 10 years) specifically for rural communities. Rural areas have often been left behind in past infrastructure initiatives, and there are urgent needs in the areas of health care, broadband, housing, energy, transportation and water infrastructure. Eighty percent, or $40 billion, will be provided to the governors of each state via a special formula, calculated by a formula based upon rural lane miles and rural population. These block grants can be used for infrastructure projects in rural areas with populations of less than 50,000. The other $10 billion would take the form of “rural performance grants” focused on transportation, water and waste, broadband, power and electric, and waterway resources.

Of particular concern to rural interests is that the plan’s formula for approving projects preferences those with major contributions from private investors. The push to privatize infrastructure makes it likely that federal money will gravitate toward high-income areas. Private investors want a return, and require a certain population density and higher incomes for their investment to pay off – usually in the form of tolls, higher rates or fees. Rural areas and small towns usually fail that benchmark, despite their need for more investment. Rural organizations have been warning for more than a year about the challenges of attracting private investors for infrastructure.

The plan also encourages the selling off of public infrastructure, like airports and highways, and government-owned utilities such as the Tennessee Valley Authority, the Southwestern Power Administration, and the Bonneville Power Administration in the Northwest.

The plan would limit rural residents’ rights to demand complete environmental assessments for infrastructure projects that might pollute their water or land. The Trump plan restricts opposition to projects like proposed pipelines, finds a Washington Post analysis, by limiting the window of time in which legal challenges can be brought, and by limiting legal efforts to temporarily halt projects under the National Environmental Policy Act (NEPA). NEPA requires federal agencies to conduct environmental assessments of major projects. The plan also proposes to amend the Clean Water Act to limit the ability of states to slow pipelines by denying or delaying water permits. A recent assessment of community water systems found repeated health-based violations in water systems around the country, with the violation incidence considerably higher in rural communities. Finally, the plan would grant the Interior Department Secretary the right to approve the construction of pipelines going through national parks.

While state and local governments around the country are already incorporating climate adaptation into their infrastructure planning, Trump’s proposal ignores how changes in weather, and increases in extreme weather, might affect future projects. Michael Kuby, a professor of geographical sciences and urban planning at Arizona State University and contributing author to the National Climate Assessment, explained to the New York Times: “The impact of not considering climate change when planning infrastructure means you end up building the wrong thing, in the wrong place, to the wrong standards.”

Rural communities have a lot at stake when it comes to infrastructure spending - from water and electric systems, to broadband, to roads and housing. Smart public investments can spur economic growth in rural areas, while protecting our natural resources. But the Trump infrastructure plan is a mess - cutting some critical rural infrastructure programs, while expecting states and investors to pick up most of the tab. Proposals to privatize services, limit protections for our waterways and fast track the construction of pipelines takes us down the wrong path for rural infrastructure investment. Let's hope Congress ignores the President's plan and forges a new, smarter path that recognizes the needs of Rural America.