Agroecology and Advocacy: Innovations in Asia 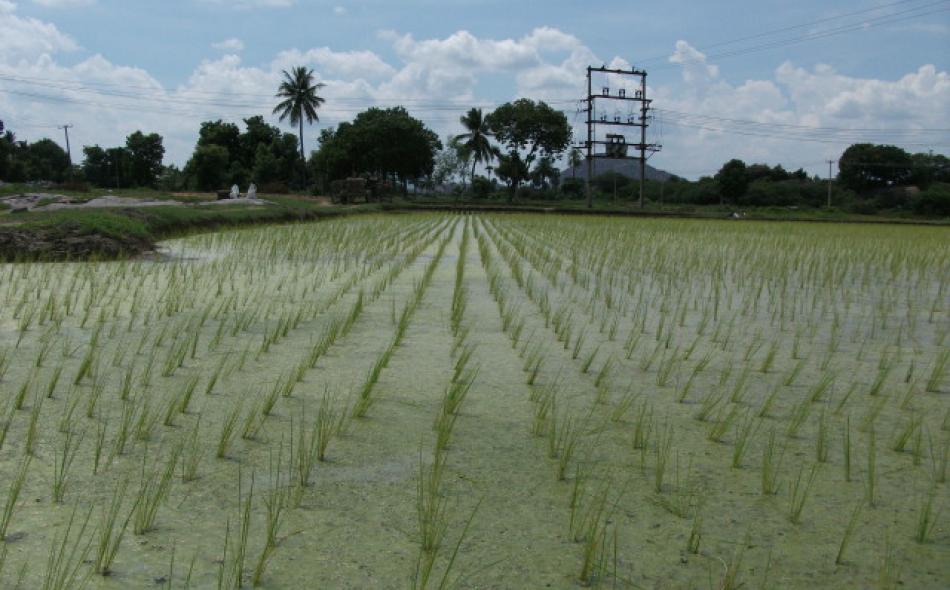 In the System of Rice Intensification (SRI), plants are carefully planted well-spaced from their neighbors, and minimal water is used.

Rising food prices, increasing climate instability and food riots have sparked profound political changes around the world and put agriculture high on the international agenda. What kind of agriculture is best suited to respond to those challenges, however, is the subject of profound disagreement. Too much of the current policy debate on food security, climate change and agriculture assumes that industrial agriculture and related biotechnology are the only options for feeding a growing global population. Agribusiness and agrochemical companies have created and supported this image through aggressive advertising, lobbying and support for research institutions.

Alternatives do exist. The three case studies presented in this report represent successful approaches, both in terms of the techniques they have applied, and because of the active involvement of farmers’ organizations in changing the policies needed to ensure their success. Agroecological systems, which start from the interplay between the natural environment and agriculture, and build on local priorities and knowledge about site-specific conditions, are at the center of proposals advanced by farmers’, environment and human rights movements and advocates around the world. The International Assessment of Agricultural Knowledge, Science and Technology for Development (IAASTD) (Available at www.agassessment.org), among other studies, provide sound scientific grounding to this approach.

Miguel Altieri, a pioneer in the development of agroecology, defines it as “the application of ecological concepts and principles to the design and management of sustainable agroecosystems.” The global farmers’ movement La Via Campesina promotes agroecology to advance food sovereignty, which establishes each nation’s right to democratically determine its own path to ensure stable food supplies for its people under conditions that “feed the world while cooling the planet.” The U.N. Special Rapporteur on the right to food published a report on agroecology and the right to food that advises donors to consider these alternative approaches and to support farmers’ organizations and their efforts to build on local knowledge. And family farmers’ associations in both industrialized and developing countries have long fought to have their environmentally friendly practices recognized and supported by government policies and programs.

Despite this growing movement around the world, there is a persistent misperception that the choice is between “high” technology and no technology, between advanced biotechnology and backwards subsistence agriculture. The reality is that farmers are not only producers, they are innovators, particularly when the right conditions exist to build on their knowledge of the specific techniques that work in their individual situations, taking into account natural resource constraints, soil conditions and weather patterns, as well as social and cultural considerations.

These innovations also need the right kind of public policy environment to allow them to flourish. At the international level, trade policies should be reformed to allow developing countries to shield local production from floods of cheap imports. This issue has been debated extensively at the World Trade Organization, where a key reason for the collapse of the Doha Round was developed- country opposition to proposals by the G-33 to allow for variable protections called Special Safeguard Mechanisms and Special Products measures, which would allow countries to protect agricultural production that is important for food security, rural livelihoods and sustainable development. While agroecological production will lower the use of imported inputs derived from fossil fuels, and has the potential to lower production costs, it could require additional measures to reduce unfair competition from goods that are imported at prices lower than the cost of production (dumping).

Foreign assistance programs should also support these efforts to strengthen local food systems, rural economies and natural environments. There has been a resurgence of interest in development assistance for food security since the 2008 food crisis. While renewed attention to agriculture, as well as the recognition that existing policies were failing, has generated new kinds of funding and programs, too much of that has emphasized increasing yields through dubious new “Green Revolution” technologies that disregard local innovations and undermine local ecosystems.

This is not to say there is no role for foreign assistance, but rather that it should be reformulated to support local processes. Agroecology is knowledge intensive, so it requires support for information exchanges and knowledge platforms at the national, regional and international levels to share best practices. Investments in public agricultural research and extension services in developing countries that work directly with farmers as innovators, as well as funding for the development of native crops and inputs that reduce the use of imported inputs and enhance local environments could also be important elements of effective food security programs.

In the end, however, what matters most is what happens on the ground, both in terms of production techniques and the national advocacy efforts needed to create the right policies and markets to allow agroecological innovations to flourish. In the cases studies that follow, members of the Asian Farmers Association for Sustainable Development have documented three important national experiences:

These cases illustrate effective local and national actions. International advocacy is also needed, both to establish the norms that define sustainable agriculture and to influence funding priorities. The Rio+20 Summit in 2012, for example, focuses on how best to define the Green Economy, including sustainable agriculture. New initiatives at the UNFCCC, and by international financial institutions and donors, to address the impacts of climate change on agriculture will also serve to establish the kind of agriculture best suited to confront environmental challenges while feeding the planet. The Asian Farmers Association and the Institute for Agriculture and Trade Policy hope that these studies will contribute to work with allies in the farm, faith and development communities to influence these processes and support agroecology around the world.