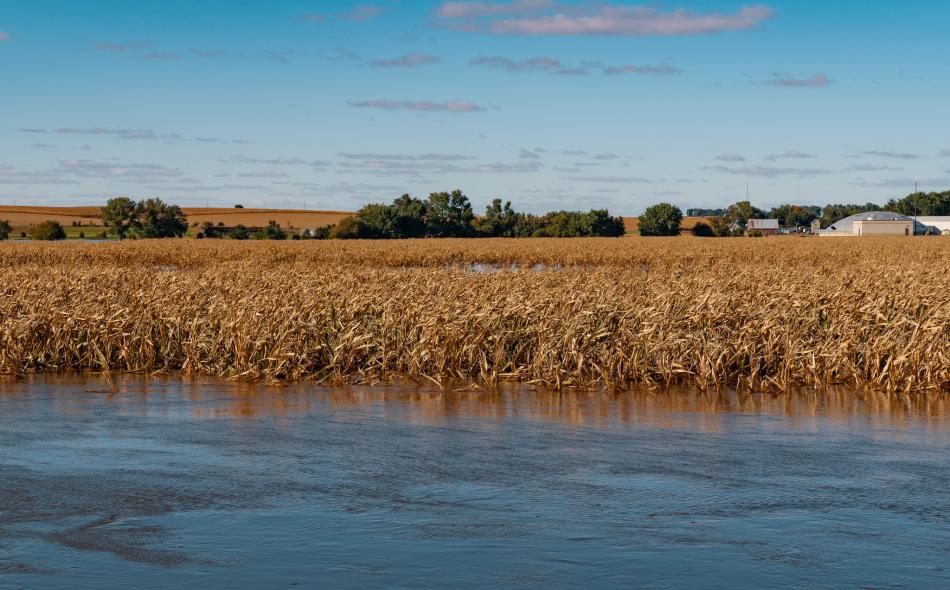 The threat climate change poses to farmers and rural communities was not fully understood when the original Crisis by Design was published in 1987. Since then, our scientific understanding about the climate crisis, and more specifically on agriculture, has evolved dramatically. The Intergovernmental Panel on Climate Change was established in 1988 and has published a series of five climate science research assessments, most recently a special report on Climate Change and Land.1 The formation of the United Nations Framework on Climate Change in 1992 launched an international forum for coordinated global action, recently culminating in the 2015 Paris Climate Agreement. In the U.S., the Global Change Research Act of 1990 mandated a periodic National Climate Assessment be sent to Congress.2 The fourth assessment was published in 2018, including a special chapter on agriculture and rural communities.

While the science has progressed, climate policy has stalled at the national level in the U.S. This policy inertia can be traced to a three-decade-long disinformation campaign led by the oil and gas industry3 to dispute climate science and turn it into a partisan issue4 — feeding into larger political divides in the country. President Trump’s withdrawal from the Paris Climate Agreement,5 while actualizing climate denial within federal agencies, including at the USDA,6is part of the living legacy of the fossil fuel industry’s campaign. Fortunately, a growing movement for climate action (including many farm groups) is gaining momentum nationally, as states are leading the way on new climate policy.7

In recent years, disruptions associated with climate change continue to be among the biggest stories in agriculture. In 2019, Midwest farmers were hit by devastating spring and summer flooding.8 In 2018, wildfires out West and early winter storms in the Great Plains states wreaked havoc for farmers and ranchers. In 2017, multiple hurricanes hit farmers in south and southeast states. According to the U.S. National Climate Assessment, climate-related weather disruptions have increased steadily over the last 40 years and are expected to rise further.9 This past year continues a long-term trend of extreme weather events costing more than one billion dollars annually, according to National Oceanic and Atmospheric Administration (NOAA).10

As shown in Figure 1, historical crop insurance data analyzed by Inside Climate News provides some information about how natural disasters have affected farmers in recent decades. 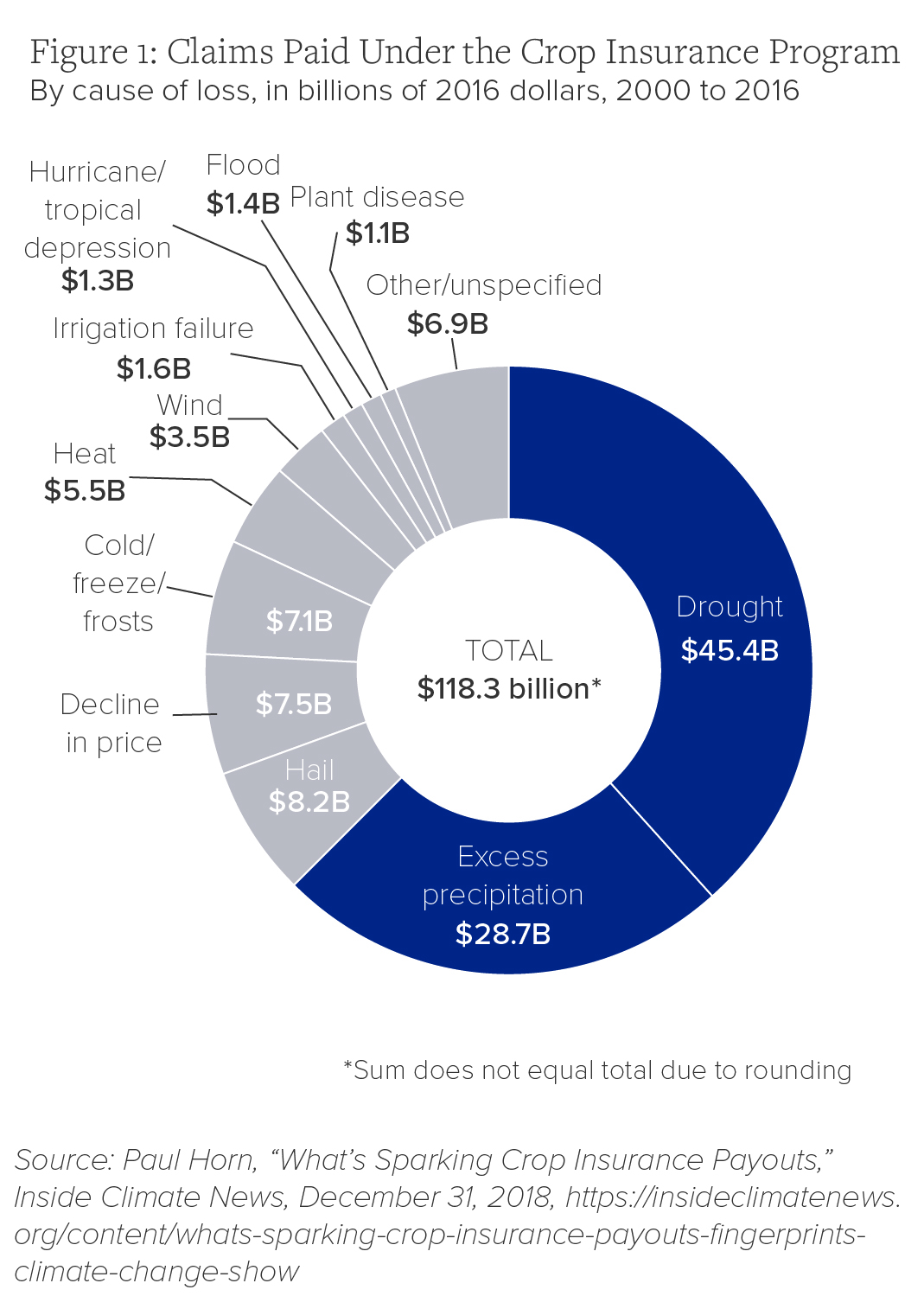 There are other indicators that climate-related events are wreaking havoc for farmers. The National Interagency Wildfire Center reports that the average wildfire is bigger, hotter and affecting many more acres.13 The U.S. Geological Survey reports that some Midwest states like Iowa, Missouri and Illinois are seeing a more than 300-fold increase in annual rainfall compared to a century ago.14 Rural communities of color are often affected disproportionately by climate-related events, exacerbated by already existing environmental justice issues. The breach of manure lagoons following recent hurricanes affected the water in largely African American rural North Carolina communities. Agricultural workers, often Latino, are increasingly experiencing extreme heat events, an issue that is likely under-reported because many farmworkers are immigrants with fewer legal rights.15 While California, Minnesota and Washington have heat protections for workers, there is no federal standard guarding civilian laborers.16

Agriculture is also contributing to climate change. The EPA’s Inventory of Greenhouse Gas Emissions and Sinks: 1990-2017 charts emissions by type and sector using methodologies established through the United Nations Framework Convention on Climate Change UNFCCC.17 While emissions in most sectors are declining, agriculture emissions have increased more than 10% since 1990. Agriculture accounted for 8.4% of U.S. emissions in 2017, but that percentage does not include on-farm energy and fuel use, losses in cropland, the production of ammonia fertilizer, nor elements of the food system related to transport, processing and waste.

Within the agriculture sector, carbon dioxide emissions increased by 16.2%, methane emissions by 14.4% and nitrous oxide emissions by 7.3% since 1990, the EPA reported. The increase in methane emissions mirrors the rapid expansion of factory farms over the last two decades, where thousands of animals are raised in confined spaces with massive manure lagoons. Emissions related to manure management rose 66% since 1990. The EPA reported, “The majority of this increase is due to swine and dairy cow manure… “The shift toward larger dairy cattle and swine facilities since 1990 has translated into an increasing use of liquid manure management systems, which have higher potential CH4 (methane) emissions than dry systems.”18 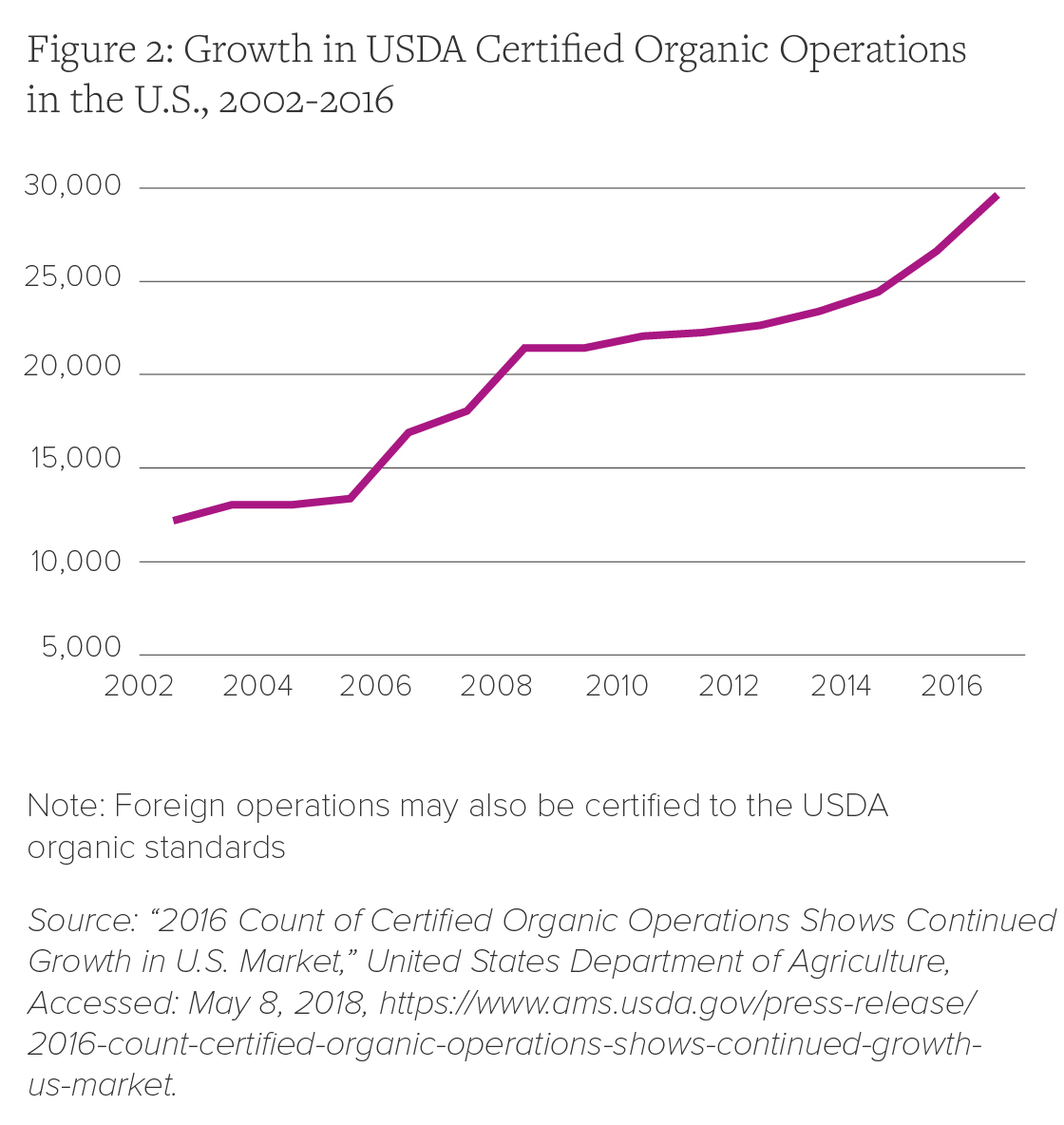 Manure management is also a source of nitrous oxide (N2O) emissions, both directly and through the application of manure on fields as fertilizer. N2O emissions related to manure increased 34% from 1990 to 2017—once again mostly associated with the rise of large-scale animal feeding operations.

Nitrous oxide emissions related to agricultural soil management, including synthetic fertilizer application and tillage practices, increased by 6% from 1990. The increase in the use of synthetic fertilizers explains part of the increase. The EPA also noted a 109% increase in carbon dioxide emissions related to the application of urea fertilizer, a form of synthetic nitrogen fertilizer. And the EPA’s land use chapter documented the loss of more than 10 million hectares of cropland since 1990, resulting in a loss in the carbon storage rate of about 44%.19

Also worth noting by the National Sustainable Agriculture Coalition (NSAC) in its analysis of the Ag Census is the expansion of cropland for animal feed over the last several decades coinciding with the shift toward factory farm systems. NSAC noted a dramatic drop from 66 million acres of pastureland in 1997 to 13.8 million acres in 2017.20

There is some evidence that climate-friendly practices are increasing. The 2017 Agriculture Census tracks acres that utilized a number of practices known to sequester carbon, build soil health and strengthen climate resilience. Since the 2012 Agriculture Census, there has been an 8 million acre growth in no till acres (less soil disturbance can sequester more carbon),21 a 28% increase in acreage under reduced tillage22 and nearly a five million acre jump in acreage planting cover crops.23 Since 2012, there has been a 39% increase in the number of organic farms, which use fewer synthetic fertilizers and emit fewer greenhouse gases (GHG).24

Also worth noting, farmers are increasingly investing in renewable energy. The number of farms producing renewable energy has more than doubled since 2012 to over 133,000 farms, according to the Census of Agriculture.25

For farmers and rural communities, climate-related events, disruptions and disasters fall within an agriculture economy that is facing six years of low prices, creating enormous hardship particularly for small and mid-sized farmers. Future climate policy must also address the economic drivers of the current farm crisis — primarily a glut of over-production and highly concentrated markets controlled by a handful of global companies. Major reforms should include: