Perfluoroalkyl and Polyfluoroalkyl Substances (PFAS) have become a massive pollution problem and public health concern across the United States. These ubiquitous, persistent and bioaccumulating “forever chemicals” are a group of 9,000+ man-made substances including PFOA, PFOS and GenX. They are found practically everywhere and have contaminated water, soils, food and wildlife. PFAS are found in the blood of 98% of Americans, and in women’s breast milk. Human exposure to certain PFAS may affect growth, learning and behavior of infants and children, cause endocrine disruption, increase the risk of cancer and suppress the immune system including reducing antibody responses to COVID-19 vaccines.

Following years of inaction, the Biden administration and Congress are finally starting to act to address a national public health crisis cause by PFAS in our food, water, soils, air and indoor environments. Maine’s experiences with PFAS offer both a cautionary tale and a potential roadmap for some key policies that should be adopted both at the state and at the federal level, particularly to address impacts on agriculture and rural communities.

Farm impacts significant. When PFAS are found on farms, the economic, environmental, emotional and health toll has been devastating. At two Maine dairy farms, PFAS has poisoned milk and beef so that they cannot be sold, affected the health of the farming families, and required farmers to kill livestock and dump milk without compensation. PFAS is also known to have contaminated more than 200 residential drinking water wells in the vicinity of farmland in Maine. Farms in New Mexico and Colorado have been contaminated by PFAS linked to run-off from military bases where PFAS in aqueous film forming foam (AFFF) used in fire suppression and training exercises have seeped into soils and groundwater.

Analysis of Department of Defense records by the Environmental Working Group has identified 678 military installations with confirmed or suspected PFAS contamination. Congress recently included language in the National Defense Authorization Act requiring a report on required notifications to agricultural operations located near military facilities where certain PFAS chemicals have been detected in groundwater that is hydrologically linked to a local agricultural or drinking water source. According to the July 2021 report, 2,143 agricultural operations have been notified of the potential for PFAS contamination.

This figure understates the actual number of agricultural operations likely contaminated with PFAS because it omits farms that have been and continue to be poisoned by PFAS in sewage and industrial sludges and residuals. For decades, with the approval of federal and state regulators, municipal and industrial wastewater treatment facilities in all 50 states have cheaply disposed of these wastes by offering it up as free fertilizer for farmers. Environmental oversight has been lax to nonexistent, as waste sludges have been renamed “biosolids” and exempted from most regulation. A national survey found about half of the wastewater sludge produced in the U.S. is applied to soils, with the rest landfilled or incinerated. Of the total applied to soils, three-quarters is applied to agricultural land, 22% is sold or given to consumers as fertilizer and 3% is used in land reclamation projects.

The deficiencies of the Environmental Protection Agency’s (EPA) sludge policies were detailed by the agency’s Inspector General (IG) in the 2018 Report on the Biosolids Program, which determined that of the 352 unregulated pollutants in sludge, there were 61 designated as acutely hazardous, hazardous or priority pollutants in other programs. When sludge has been tested for PFAS — which it normally is not since these chemicals generally haven’t been regulated in sludge — significant levels were found in both Maine and Michigan. These states are unlikely to be outliers. There is now direct evidence from Maine, where two farms have been destroyed by PFAS contamination linked to wastewater sludges, that this failed policy has had devastating consequences for the environment, food supply and public health.

Commercial fertilizer marketed to home gardeners is also contaminated with PFAS. A recent report by the Ecology Center of Michigan and the Sierra Club found PFAS in each of nine fertilizer products tested and marketed as “eco” or “natural.” Eight of the nine exceeded Maine’s screening guidelines (currently the strictest safeguards for PFAS contamination of agricultural lands). The test products were purchased in eight states and the District of Columbia at national chains including Lowes, Home Depot and Ace Hardware, as well as locally owned garden centers. The biosolids used in these fertilizers included wastes from the Milwaukee Metropolitan Sewerage District, the District of Columbia’s Blue Plains plant, the Tacoma, Washington Wastewater Treatment Plant and a Jacksonville, Florida sewer collection system, among others.

Sludge-spreading on cropland and fields and sale of composted sludge to home gardeners cuts costs for municipal and industrial wastewater treatment plants. Unfortunately, this convenient and supposedly cheap fertilizer has come with harmful consequences and steep long term costs that farmers are only now starting to understand.

What is the federal government doing about it? Over the past decade the federal government did little to address PFAS pollution. Worse, under the Trump administration, it actively undercut  EPA scientists and regulators seeking to implement protections. This federal indifference is starting to change under President Biden, beginning with the release of EPA’s PFAS Strategic Roadmap in October 2021.

The Roadmap has many useful elements, including a proposed rulemaking to restrict discharges of PFAS into surface waters and wastewater treatment plants by key industries, and technical work to advance future regulation of air emissions. The plan also proposes to designate PFOA and PFOS, and potentially other PFAS chemicals, as hazardous substances under the federal Superfund law (the Comprehensive Environmental Response, Compensation, and Liability Act or CERCLA). This action would require reporting PFAS releases into the environment and provide authority to recover cleanup costs. EPA also proposes establishing a national drinking water standard for PFOA and PFOS and plans to sample for 29 PFAS compounds in water systems in 2024 and 2025.

The EPA also announced several actions that could more directly affect regulation of sewage sludge and septage disposal. The agency responded to a petition from New Mexico Governor Michelle Luhan Grisham seeking to list the entire class of PFAS chemicals as a hazardous waste under Subtitle C of the Resource Conservation and Recovery Act (RCRA). In its response, EPA did not agree to regulate PFAS as a class but said it would initiate a rulemaking to list the chemicals PFOA, PFOS, PFBS and GenX as RCRA hazardous constituents. This is a preliminary step to listing these chemicals as “hazardous waste” under RCRA, which would then trigger cradle-to-grave waste management requirements under that law.

The agency has also revised the human health toxicity assessment for GenX chemicals, a supposedly safer alternative to PFOS and PFOA that EPA has determined is more toxic than what it replaced — a very “regrettable substitution.” The agency announced that it would finalize a risk assessment for PFOA and PFOS in sewage sludge by the winter of 2024, and it has promised to update by December 2023 the current EPA interim guidance on disposing and destroying PFAS. This update is sorely needed, as more than 30 environmental groups detailed earlier this year. While finding that current technologies and practices are not effective in destroying PFAS chemicals or containing them from re-release, EPA failed to restrict or further regulate those practices. Among the problematic disposal practices that EPA needs to address in a revised guidance are land application of sludge that have proven so disastrous for farmers.

What EPA’s actions, taken together, mean for the future of sludge/biosolids disposal is unclear. They could set the stage for EPA to prohibit altogether the land disposal of sewage sludge and compost that contain any of the four PFAS chemicals it designates as hazardous constituents under RCRA. On the other hand, the planned risk assessment of sewage sludge for two of those chemicals, PFOA and PFOS, could be used by EPA to conclude that the risk of harm from land disposal can be managed.

To date, EPA hasn’t proposed updating its biosolids and composting rules that allow sewage sludge to be spread on land. The biosolids rule does include language giving EPA leeway to tighten up its disposal requirements for sludge contaminated with PFAS, stating it “does not establish requirements for the use or disposal of sewage sludge determined to be hazardous in accordance with 40 CFR part 261.” This is precisely what EPA has taken preliminary steps to do. The waste management industry is still evaluating EPA’s announcements while the National Law Journal has said EPA is “well on its way to enacting” major changes that could impact the industry. In any event, a rulemaking to designate four PFAS as hazardous wastes could take years to complete.

For people directly harmed by PFAS contamination and some environmental advocates, EPA’s recent PFAS actions may be a case of too little, too late. Many of the planned actions are focused on PFOS and PFOA only, legacy PFAS chemicals that are no longer manufactured in the U.S. Maine and other states have already regulated much more broadly based on scientific studies showing health impacts of other PFAS that have been measured in water, soils, food and human blood. In some cases, as in Maine’s regulation of consumer products, states have sought to address all 9,000 PFAS as a class. A risk assessment of sludge containing PFOA and PFOS should have been carried out decades ago; a promise to complete this analysis three years from now illustrates just how irrelevant the federal government has become.

Agricultural policies still missing. For some time, Maine Governor Janet T. Mills has been pleading with federal officials for action on a long list of PFAS policies specific to agriculture and food-related concerns, including:

These and other food and farm-related policies are not included in EPA’s PFAS Roadmap. The federal Food and Drug Administration (FDA) has jurisdiction over PFAS in food ingredients and packaging. The USDA oversees agriculture policy and farm assistance programs. Although both agencies are included in a Biden administration fact sheet on its “plan to combat PFAS pollution,” neither has publicly announced significant actions related to PFAS to parallel EPA’s Roadmap. In fact, in June 2021, public health and food safety groups filed a citizen petition calling for FDA to step up its regulation of PFAS in food.

Agricultural impacts have also not been specifically targeted by Congress. The PFAS Action Act of 2021 introduced earlier this year would require comprehensive regulation of PFAS in air emissions and water discharges, and fund wastewater treatment and contaminated site cleanup, among other provisions. While there is bipartisan support for action on PFAS, Congress has yet to act on this legislation.

States shouldn’t wait. Even if EPA fully implements its PFAS Roadmap and Congress enacts legislation, it will be many years before the PFAS crisis is comprehensively addressed. It is obvious that advocacy and legislation at the state level remains critically important to ensure food is safe and farms are PFAS-free. The experience in Maine, which has now enacted a wide range of PFAS regulations, suggests focusing on these priorities:

Conclusion. These state and federal policies will start to address agricultural impacts in the short term. Longer term, removing PFAS from all products where the use is not essential is the only way to get these forever chemicals out of the food supply. Maine had bipartisan support to pass legislation to do just that. Other states and Congress should follow suit. 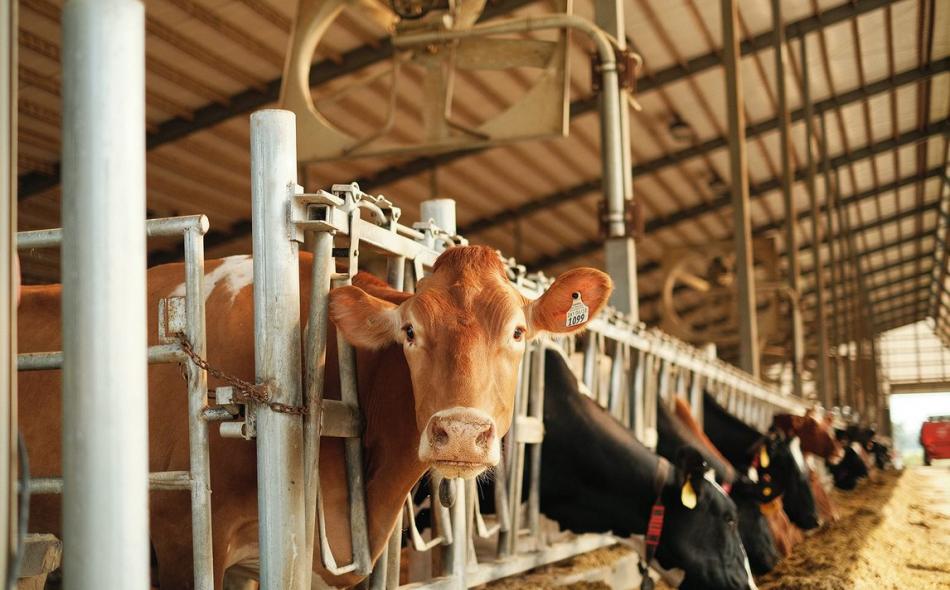