Biofactories as a solution to bring back life to the soil

This article is the third in a series of articles highlighting the work of our colleagues around the world to build agroecological practices, science and movements. Agroecology has emerged as a set of practices based on principles that guide how to produce food sustainably, as well as how to manage the social relationships that govern food production, processing, exchange and waste management in a fair manner. We hope this series will show how, as a systems approach, agroecology can address the multitude of problems within our food system from field to plate. The following article is a slightly updated version of an article originally published in Spanish in La Jornada del Campo.

“Give back to the soil as much as you have taken, and a little bit more, and Nature will provide for you abundantly." — Alan Chadwick

High productivity agricultural practices that result in the indiscriminate use of agrochemicals are altering ecosystems, a scenario that disrupts the soil microbiological life and therefore its fertility. More environmentally friendly agriculture that limits the use of synthetic substances is needed. This would also reduce deterioration, contamination and, at the same time, lower production costs, thus achieving stability in production levels. Low-carbon technologies, such as the production of bio-inputs based on materials generated in the plots themselves or nearby, the preparation of organic fertilizers, biofertilizers and plant extracts, are some alternatives to lower the carbon footprint and have more resilient and sustainable systems. These are the objectives and principles of community biofactories.

In a biofactory, different propagation techniques come together as a real and novel alternative to solve major problems inherited from industrial agriculture. Biofactories use technical-scientific advances, inspired by commonly used peasant biotechnology, to promote the development of appropriate technologies that ensure the conservation of biodiversity. For example, mountain microbes and bocashi, both of Japanese origin, are an unlimited source of minerals and microorganisms to revive soils and thus achieve balanced soil nutrition, in addition to supporting the rapid recovery of erosion caused by toxic substances and poor agricultural practices.

Biofactories can be defined as establishments that practice organic or ecological agriculture, using materials available in the community — sometimes so-called wastes or residues such as manure, weeds, grasses, ashes, whey, stubble, bush leaves, nejayote, allelopathic plants and an extensive repertoire of local raw materials — to transform them and produce organic substances, leading to the production of clean products to be applied to soils and various crops. Their advantages are: lower production costs; the preservation of the natural resources found in the territory; the reduction of the negative impacts of industrial agriculture on the environment and human health; the reuse of organic waste generated by local agricultural processes; and strengthening of the local and community economy. 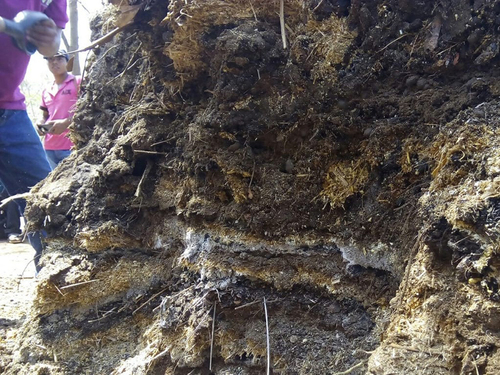 Sembrando Vida's1 biofactories: the other side of the coin

The first biofactories in the state of Guerrero were established as part of the Sembrando Vida program in mid-2020 in selected communities and ejidos, starting with an average of 1,600 modules and the conversion of 50,000 hectares. Today, the goals are more ambitious — to reach more than 20,000 direct beneficiaries and, therefore, to exceed the number of trees and hectares to be established in subsequent years. The biofactories component can spark this goal if we start from the vision of improving and recovering soils and generating a symbiosis between timber trees, fruit trees and cornfields. But if the program only focuses the number of trees to be established and not the bio-farming of bio-inputs needed for their maintenance, follow-up and consolidation, this strategy could become another expensive failed reforestation project like those promoted by previous government agencies.

We know that these programs contribute to generating jobs and encouraging food self-sufficiency, improving participating families’ incomes, and regaining the forest cover. These achievements are not up for debate. The problem is that Sembrando Vida’s biofactories do not yet have adequate infrastructure. There are no clear production goals per beneficiary or planter, much less per biofactory. So, there is no work plan to produce kilos or tons of organic fertilizers, liters of biofertilizers, mineral broths, among other possible and easily accessible biotechnologies. Likewise, most of the personnel providing productive technical services have limited training and experience in agroecology, a situation that generates uncertainty among the members of the Campesino Learning Communities (CACs), committees established under the Sembrando Vida program, during the support process. 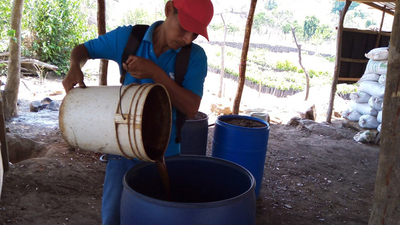 Challenges and prospects of the strategy

One year after the strategy was initiated by the Secretariat of Welfare, the adoption of biopreparations is declining, and according to the planters, there are several reasons. One reason is that the suggested mixtures are not always prepared correctly, so the results are not optimal, and then participants do not want to use them again. Another reason is that planters want immediate results, and when they do not see them, they distrust and stop using them. Also, making bioles (a liquid waste product) and solid starters requires more time and effort, which makes it harder to change decades-long dependence on the use of toxic substances in their fields, a practice that is difficult to eradicate, but not impossible.

Organic fertilizers such as bocashi, vermicompost and biofertilizers do improve soils. Otherwise, farmers in other regions would not continue to use them on their own plots, and technicians with extensive experience in community agroecology would not promote them in their daily work. But perhaps the farmers need bio-inputs that are easier to prepare. The next step is to discuss and exchange experiences with them: which activities do they accept, and which do they not? Why do they adopt some and resist using others? An agroecological practice, however healthy it may be, has to respond to common needs: to be easy to do, low cost and with short and medium-term results.

I believe these issues deserve much more attention, so that the production of bio-inputs is emphasized alongside the goals for the number of trees and hectares to be reforested. Therefore, the strategy should increase its focus on the quantity and quality of bio-inputs to be produced per beneficiary or planter. Similarly, the effects and contribution of minerals, organic matter and microorganisms on soil fertility and the nutritional balance among those factors should be explored further. These and other practical issues will be crucial within the CACs’ biofactory plans. Technicians and farmers must work together to redesign strategy as a solution to give life back to the soil, on the eve of the hopeful agroecological transition in the state of Guerrero and in the country.