The COOL Showdown at the WTO 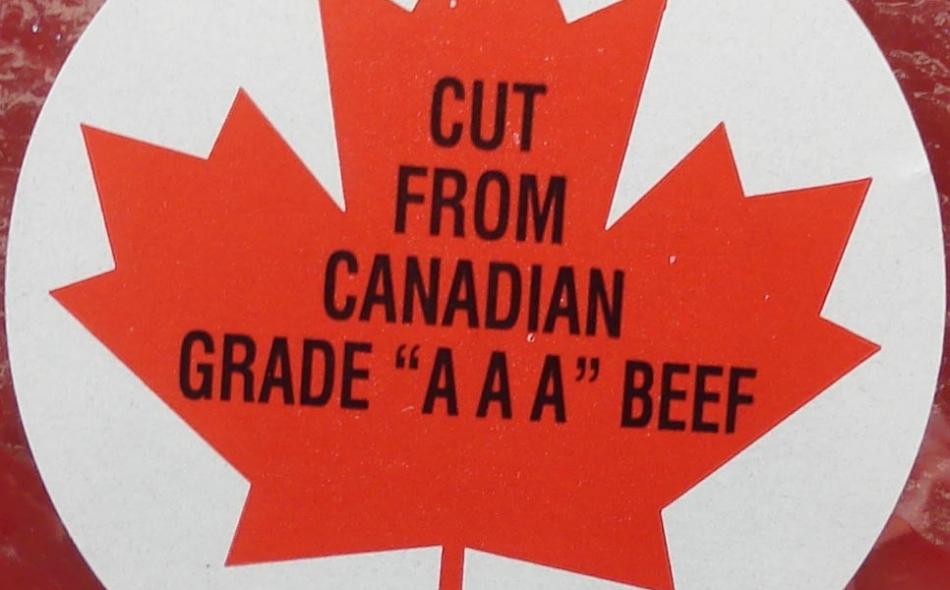 The U.S. Country of Origin Labeling (COOL) rule is headed for a showdown at the World Trade Organization Appellate Body (AB) on February 16-17. At stake are not just the economic interests of those affected by the WTO ruling on COOL and the right of consumers to know the origin of their food, but also the capacity of WTO jurisprudence to reverse a ruling when new evidence emerges. In this instance, the AB will be presented with evidence that thoroughly rebuts the facts upon which a WTO Dispute Settlement Body (DSB) panel based its ruling against COOL.

COOL for a broad array of horticultural, nut, fish, shellfish and meat products was first mandated in the 2002 U.S. Farm Bill. Only the application of COOL to meat products has been challenged in court. The Institute for Agriculture and Trade Policy first supported COOL’s regulatory implementation at a U.S. Department of Agriculture (USDA) hearing in 2003. In successive Farm Bills, global meatpackers have sought to “reform” COOL by making the labeling rules so confusing as to be meaningless. COOL proponents have defended the labeling law successfully four times in U.S. Courts.

The meatpackers and their political allies have succeeded in delaying implementation through myriad tactics, including persuading the governments of Canada and Mexico to seek to annul COOL at the WTO. IATP summarized the evidence presented in 2009 at the WTO for and against COOL, including the USDA’s grossly overestimated price tag for implementing COOL. In response to the WTO DSB ruling against COOL in 2011, the USDA revised its COOL rule.

The United States filed its notice of appeal with the AB on November 28, 2014 after an October 20 DSB panel declared that the May 2013 revised USDA COOL rule still did not comply with the WTO Agreement on Technical Barriers to Trade (TBT). The DSB panel concluded, “We have found that the amended COOL measure has increased the original COOL measure's detrimental impact on the competitive opportunities of imported livestock, and that this impact does not stem exclusively from legitimate regulatory distinctions. We therefore find that the amended COOL measure accords less favourable treatment to imported livestock than to like products of US origin” (page 108).

Last month, the U.S. Trade Representative was presented with a study, supported by the National Farmers Union and Food and Water Watch, by Professor C. Robert Taylor for use at the AB hearing. (Alan Guebert, “The COOL Facts,” for the week of January 25, 2014, Farm and Food File, subscription required) Professor Taylor shows how a study (“Sumner Econometric Study”) cited as evidence of COOL-caused harm to Canadian cattle producers in a 432 page DSB panel ruling against COOL in November 2011, is both analytically deficient and based on proprietary Canadian data not available for peer review. The DSB panel allowed the use of the propriety data, which could not be reviewed by COOL supporters in friend-of-the-court briefs to the AB.

Professor Taylor’s study analyzes more robust, comprehensive and publicly available data, including U.S. Department of Agriculture Mandatory Price Reporting 2005–2014 data, live cattle import and meatpacker “captive supply” (meatpacker contracted cattle production not available on a competitive market) data and currency exchange rate data. He demonstrates that, contrary to Canadian presentations to the DSB panel, “COOL did not negatively impact imports of slaughter cattle” nor of feeder cattle. In terms of the TBT Agreement, COOL did not “accord less favorable treatment” to Canadian (and Mexican) cattle imports.

Professor Taylor concludes, “The analysis above indicates cattle export opportunities from Canada and Mexico to the U.S. are subject to a number of variables that are completely independent of the implementation of COOL. Changes in market access are caused by these other forces rather than by COOL. In light of this reasoning, USDA should not undertake any changes to COOL based on arguments that COOL has limited Canadian and Mexican access to the U.S. market.” Among these variables independent of COOL are quality differences in cattle that affect price, the effect of the global financial crisis on currency exchange rates, and the effect of Great Recession macro-economic factors on consumer demand for beef and meatpacker import and slaughter volumes.

If the USTR uses this study effectively to defend COOL, the AB should dismiss the DSB ruling concerning purported economic harm and “less favorable treatment” of Canadian and Mexican cattle producers allegedly caused by COOL. If the AB allows the part of the DSB ruling on “less favorable treatment” to stand, based on Professor Sumner’s statistically skewed study, WTO jurisprudence will be tarnished substantively, but perhaps not procedurally.

The WTO’s Understanding on Dispute Settlement (DSU) is largely an administrative and procedural agreement on conciliation, mediation and arbitration, with litigation as a last resort. There are no DSU rules relative to evidence, save for Appendix 4 on “Expert review groups” that may assist the DSB panels and Article 3.10 on “Correction of factual errors and procedural deficiencies” (paragraph 125). For example, WTO jurisprudence reports that in EC Asbestos, the DSB panel required Canada to correct misrepresentations of fact in an interim review because “unlike errors of law, errors of fact cannot usually be modified on appeal.” Perhaps the AB will require a correction to the Sumner Econometric Study and/or use of public data about cattle prices and imports.

Article 17.6 states, “An appeal shall be limited to issues of law covered in the panel report and legal interpretations developed by the panel.” However, Article 17.13 states, “The Appellate Body may uphold, modify or reverse the legal findings and conclusions of the panel.” Presumably, “issues of law” include the quality, quantity and validity of evidence upon which a DSB ruling is founded. The AB’s precedents regarding the DSU provision that “Resolution of trade disputes excludes tactics and maneuver” (paragraph 113) may provide a basis for ruling that a deceptive econometric analysis of confidential Canadian cattle data constituted a litigation tactic forbidden in DSU Article 3.10.

In sum, there is AB precedential basis, as well as the factual correction basis of Taylor’s study, that would justify a reversal of the DSB panel ruling in U.S. COOL. A successful WTO defense of the U.S. COOL would have at least two kinds of immediate beneficiaries. First, U.S. consumers will get to know the origin of their meat purchases, just as they know the origin of their fruits, vegetables, grains, fish and nuts. The second class of beneficiaries are independent U.S. cattle producers, who want to sell and buy cattle in competitive markets not controlled by the global meatpackers’ anti-competitive “captive supply.”

However, the secondary beneficiaries of a successful WTO defense of U.S. COOL may be even more consequential. First, COOL will support the international consumer right to know, part of a broader set of consumer rights and responsibilities. For example, the Transatlantic Consumer Dialogue (IATP is a member) has urged U.S. and EU officials to include COOL in the Transatlantic Trade and Investment Partnership Agreement. Second, a WTO defense of U.S. COOL could be a legal precedent for other WTO members who want to use a COOL rule to support competitive livestock and meat markets in their countries, not subject to “captive supply” and other anti-competitive practices of global meat companies.

The third and perhaps most important benefit of an AB reversal of the DSB ruling on U.S. COOL would be to show to WTO members and their citizens that WTO jurisprudence is capable of demanding corrections of false evidence and reversing rulings based on false evidence that otherwise would favor some of the most politically well-connected and economically influential transnational corporations.