The geopolitics of TTIP: Who decides on rights? 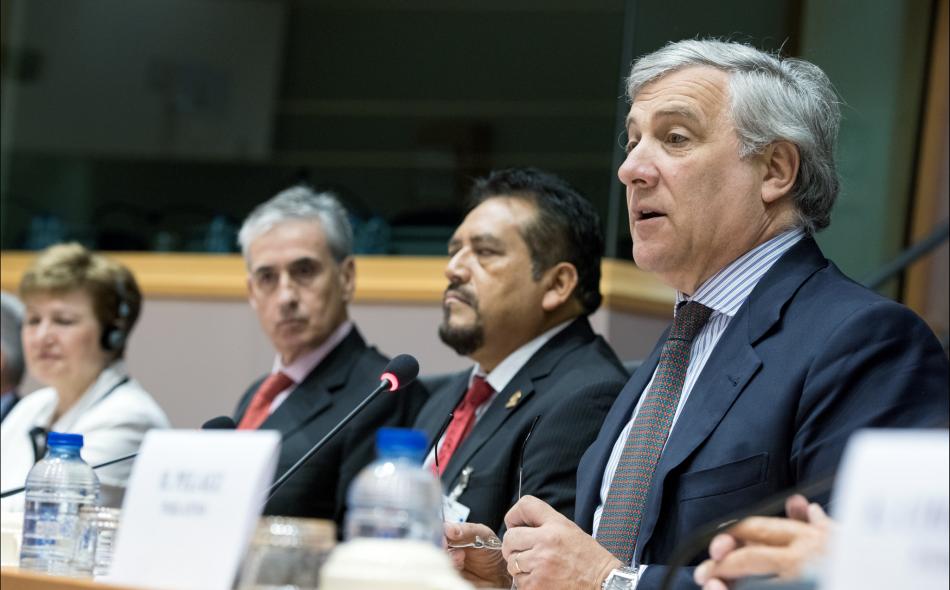 For the past year, IATP has been working with partners Europe and the U.S. in a project to consider the potential impacts of TTIP on the rest of the world. As part of those efforts, we participated in a meeting in Brussels on TTIP and the Caribbean-Latin American region (CELAC). The title of the project working paper, “TTIP: why the world should beware,” indicates the general tenor of the Brussels meeting, which took place during the EU CELAC Summit and a tempestuous European Parliament debate about TTIP.

U.S. Trade Representative Michael Froman has characterized TTIP as a ‘high standards’ 21st century trade agreement that non-TTIP countries will want to join if they want access to the U.S. and EU member state markets. However, nobody asked the non-TTIP governments if they will now agree to new trade policies that they successfully have resisted at the World Trade Organization. According to the Brussels meeting participants, TTIP, the Trans Pacific Partnership (TPP) and the Trade In Services Agreement (TISA) would force the “rest of the world” to trade, invest and develop their national economies according to rules decided by U.S. and European Union negotiators.

In the U.S., we read in mainstream media editorials that TTIP, TPP and TISA must be approved in the U.S. Congress or the United States will lose “credibility,” or “prestige” or “leadership,” all of which would then pass to China, as President Obama contended in his State of the Union address. Governments, unable to convince their citizens that past or present trade and investment policy has brought wage gains or benefits for more than senior management, are claiming that passing the trade agreements is necessary for national security. For example, TTIP has been referred to as an “economic NATO,” i.e., a branch of the North Atlantic Treaty Organization, by U.S. presidential candidate Hilary Clinton, among many others.

EU President Donald Tusk has accused the European opposition to TTIP of being “pro-Putin” and financed from Russia, without evidence. According to Miguel Urban, a Member of the European Parliament speaking at the opening session of the “TTIP and the rest of the world” meeting, the purpose of such accusations is to create a climate of fear in which There Is No Alternative (TINA) to the trade and investment policies decided by corporate and government elites behind closed doors. (Indeed, according to an analysis of the Wiki leaked TISA financial services text, the draft negotiating texts must not be made public for five years after the final agreed text is ratified by the [currently] 23 TISA prospective governments.) The TINA agreements are then presented to legislatures for their assent under fast track procedures.

IATP reviewed several of these geopolitical justifications in “Trade Policy Removal of Regulatory ‘Irritants’: An Effective Geopolitical Tool?” Among the foreign policy elites, there is debate about whether TTIP’s “high standards” will function as an “economic NATO” or whether TPP will “contain” China, with whom the United States is negotiating a bilateral investment agreement. The conservative Heritage Foundation even questions whether TTIP and TPP should be sold to the public as geopolitical protection from Russia and China respectively.

But none of the geopolitical analyses consider government failure to punish cross-border corporate crime, with sufficient penalties to prevent future crime, to be a threat to national security. For example, the $2.5 billion in fines levied by the Securities and Exchange Commission on five global banks for price fixing foreign exchange rates in the $75 trillion foreign exchange market were puny relative to the banks’ earnings and the SEC voted to waive the penalties that apply to financial felons. In addition, the Internal Revenue Service allows 75 percent of the fines to be deducted as a business expense. Mark Carney, Chairman of the Financial Stability Board, wrote in April to the G20 Finance Ministers and Central Bank Governors that “financial misconduct” was so widespread among global banks that it endangers the integrity of the entire financial system.  And yet the Investor State Dispute Settlement provisions in TTIP and TPP would allow financial “investors” to sue governments for financial “regulatory actions,” including enforcement actions that would diminish their anticipated profits under the agreements.

At the “TTIP and the rest of the world” meeting, it was striking how many presentations involved analysis of government failure to prosecute the investors that TTIP and TPP will protect despite well-documented corporate environmental depredation and violations of human rights, including the murder of activists and trade union officials. Ambassador Maria Fernanda Espinoza, who represents Ecuador in Geneva, told the meeting that the purpose of the Investor State Dispute Settlement system of private arbitration panels is to restrict the sovereignty of States over the operations of transnational companies operating in their territories. An arbitration panel awarded Chevron $106 million against Ecuador based on evidence that was later discovered to have been falsified. Ecuador’s attempts to get Chevron to pay for the clean-up costs of massive contamination of Ecuador have been foiled by the private arbitration system.

Ambassador Espinoza urged meeting participants to become involved in a United Nations Human Rights Council process to negotiate a binding legal instrument concerning the activities of transnational corporations and enterprises to protect human rights. The first meeting of the intergovernmental group to negotiate the instrument will take place July 6-10 in Geneva. The United States and the European Union strongly opposed the UN General Assembly resolution to begin the negotiations and are working hard to weaken any legal instrument to be non-binding voluntary guidelines. It is perhaps too predictable that a lobbyist-dominated process should insist on binding legal measures to protect private investors and non-binding guidelines to protect human rights from violation by transnational corporate business practices. Those are the real geopolitics being promoted by TTIP.