Mulvaney as Budget Director: destructive for nutrition, agriculture and the environment 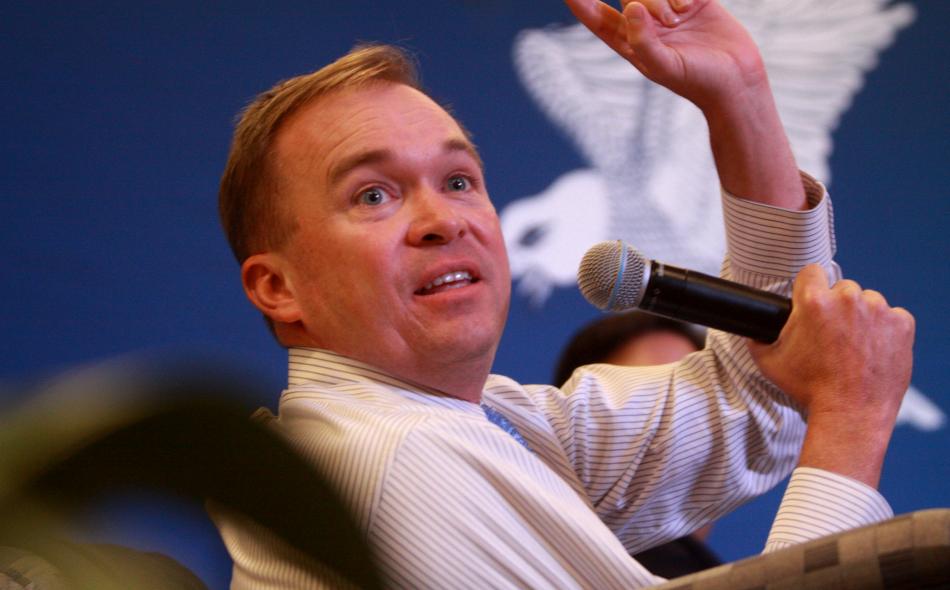 Next week, the U.S. Senate will consider President Donald Trump’s nominee to direct the presidential Office of Management and Budget (OMB), Representative Mick Mulvaney (R-SC). Mulvaney will propose huge spending cuts to compensate in part for the $10 trillion deficit that will be triggered by Trump’s promised tax cuts and infrastructure spending over the next decade, according to the Congressional Budget Office. Part of those cuts will almost certainly hit federal child nutrition, agricultural research and conservation programs.

OMB is not only responsible for proposing the President’s budget to Congress, but also evaluates the costs and benefits of each and every federal regulatory action. In a press statement for the Coalition for Sensible Safeguards (CSS), IATP wrote, “Mulvaney would have approval and veto power over budgets to implement and enforce—or not—federal regulations. Under Republican deregulatory bills, only a rule’s costs, as claimed by industry, are evaluated, while its social, public health and environmental health benefits are ignored. Senate approval of Mulvaney would unleash a budgetary assault on agricultural conservation, food safety, nutrition programs and food assistance, farmer and food worker safety, food labeling, and other farm to fork rules.”

IATP was one of 52 organizations that signed the CSS letter opposing Senate approval of Mulvaney. Among the reasons for disapproval, IATP finds this one particularly compelling in relation to the scientific basis for food, agricultural and environmental policy: “Rep. Mulvaney’s nomination threatens the scientific integrity of our public health and research institutions. He believes global warming is ‘based on questionable science’ and has even questioned the scientific consensus that the Zika virus causes the birth defect microcephaly. He has gone one step further and questions the necessity of government-funded research.”

Speaker of the House Paul Ryan lauded Mulvaney’s nomination: “Mick Mulvaney is the absolute right choice . . . In Congress, he has been a conservative reformer from day one, proposing solutions to fix the budget process and our regulatory system.” These solutions have included voting against a budget to keep the government open for business in 2013, which Mulvaney characterized as “good policy.” He voted against raising the federal debt limit in 2011, which could have resulted in U.S. government default, triggering a global economic recession according to a 2013 Treasury report cited in a Public Citizen brief on the Mulvaney nomination.

The conservative journal Forbes warned Trump’s Secretary of Treasury nominee, Steven Mnuchin, that Trump’s proposed tax cuts would add $7 trillion to federal debt over 10 years unless offset by spending cuts. One place Mulvaney will seek tens of billions of dollars in cuts is in the Supplementary Nutrition Assistance Program (SNAP) and other Farm Bill nutrition programs, as he did during the 2013 Farm Bill debate. In a BuzzFeed report, he stated, “If we broke that unholy alliance between ag and nutrition once and for all, then I could vote for just about every subsidy in the book that they could think of if they [the Senate and House agriculture committees] could make some real structural long term changes.”

Though he failed to disjoin SNAP from the Farm Bill and cap SNAP payments at their 2008 pre-recession levels during the 2013 Farm Bill debates, as OMB director, he will have greater influence over SNAP payment levels and eligibility rules. He was willing to vote for any commodity program subsidy in order to gut SNAP in the midst of the Great Recession. But following the Obama administration-guided economic recovery and reduction in SNAP spending (SNAP spending fluctuates based on the number of people in need), Mulvaney will have to find more Farm Bill-related budgets to cut in order to meet the debt and spending-cut demands of Speaker Ryan and President Trump.

At Mulvaney’s January 24 hearing, he did not recognize a “nexus between climate change and OMB.” As OMB director, he will have the power and the support of other climate change deniers among the Trump nominees to propose to Congress cuts in budgets for climate research and programs, including that in the U.S. Department of Agriculture. For example, eliminating the USDA’s Climate Change Program Office wouldn’t save much money in the federal budget, but elimination could help keep other USDA programs in the dark about how they would be affected by climate change and what they might do to help rural communities and farmers adapt to “climate change,” whether or not those two demonized words are used in federal agricultural policy.

It is tempting to suggest that because the average tenure of an OMB director is less than two years, Mulvaney’s damage to the federal budget cycle will be limited. However, Mulvaney will be making detailed and specific cuts to realize the three elements of his patron’s, Speaker Ryan’s, vague budgets, which according to Paul Krugman are: “1.) Huge tax cuts for the wealthy. 2.) Savage cuts in aid for the poor. 3.) Mystery meat,” i.e. trillions promised to be raised through closing unspecified tax loopholes and trillions in unspecified cuts. Krugman writes that Ryan has “been a huge beneficiary of false balance” in mainstream media looking for a model of fiscal probity in the Republican Party.

Given the rate, scale and specificity of OMB proposed spending cuts, Mulvaney is very unlikely to be the beneficiary of false balance for long. As Trump, Ryan and Senate Majority Leader Mitch McConnell dole out tax cuts, contracts, subsidies and federal resource giveaways to their electoral donor base, Mulvaney will be tasked with slashing the budget, staff and infrastructure of programs that serve the vast majority of the U.S. public. Even this so-called budget hawk may tire of wreaking the budgetary carnage required by his masters.