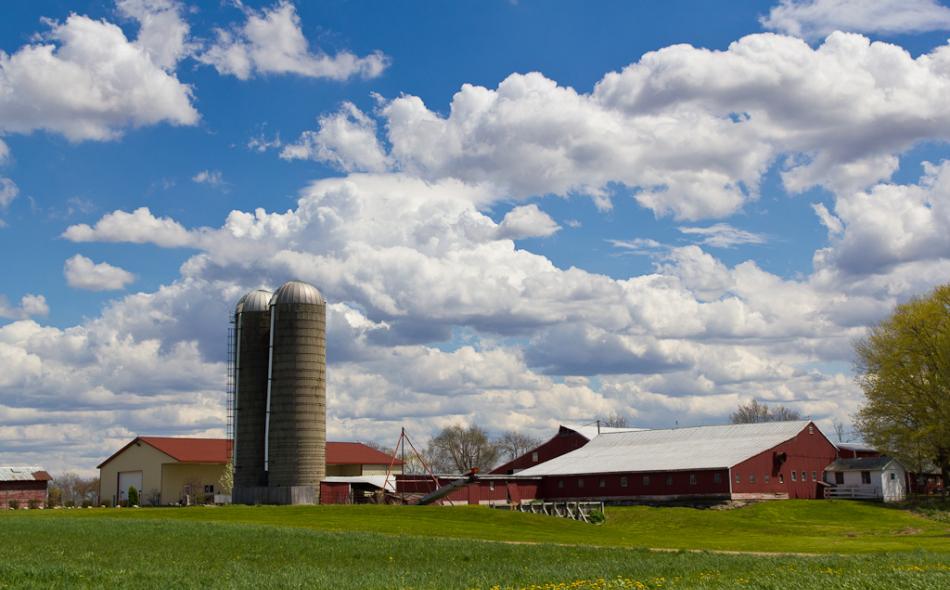 The assessments of the new healthcare proposal to replace the Affordable Care Act (ACA) from House Republicans and the Trump Administration are rolling in. And they are not good, particularly for farmers and rural Americans. After a firestorm of criticism, Republican lawmakers have made some minor revisions to the initial proposal, but none address the plans’ core weaknesses. The bill is slated to be voted on by the House of Representatives on Thursday.

Health care has long been a major challenge for farm families, with many spouses forced to get off-farm jobs largely to gain access to health care. In an article on the Daily Yonder, Missouri farmer Darvin Bentlage described a common situation for farm families after he suffered a series of health problems without health insurance. “I had to go back and refinance the farm,” he said. “By the time the two years was up, I had run up between $70,000 and $100,000 in hospital bills.”

The non-partisan Congressional Budget Office (CBO) projects that 14 million Americans will lose their health insurance immediately, and another 10 million will lose their insurance over the next 10 years under the new health plan. The plan would substantially cut Medicaid, which had been expanded under the ACA, and reduce the value of tax credits that had allowed more people to buy health insurance. The CBO projects that premiums will rise in the short term, but ultimately become lower by 2026. But there is a downside to those lower premiums. The New York Times reports, “One of the biggest reasons premiums will go down is because insurance will become expensive for older people, causing them to leave the market, improving the risk pool.” In other words, by pushing older people off insurance, premiums become cheaper for everyone else.

Several other assessments point out that older, rural people will get hit with rising costs. The Republican plan offers tax credits primarily based on income with some credits phasing out for those who make over $75,000. But according to an analysis by the Kaiser Family Foundation, the plan doesn’t account for people living in high premium areas. Rural communities tend to have fewer insurers, less competition and ultimately higher premiums. People living in low income, high premium areas will see a sharp rise in premiums. Older people already have the highest premiums, and the plan will give insurers more flexibility to raise premiums on older Americans even further, one of several reasons that AARP opposes the bill.

The Kaiser analysis found, “Generally, people who are older, lower-income, or live in high-premium areas (like Alaska and Arizona) receive larger tax credits under the ACA than they would under the American Health Care Act replacement. Conversely, some people who are younger, higher-income, or live in low-premium areas (like Massachusetts, New Hampshire, and Washington) may receive larger assistance under the replacement plan.” This approach would ultimately expand, not reduce, the wealth gap in the U.S.

While some of the outcomes of the Republican plan are murky, one is crystal clear: it will provide significant tax cuts for the wealthy. The plan includes an estimated $883 billion in tax cuts, mostly to the very wealthy. According to the Tax Policy Center, 40 percent of the tax cuts would go to the one percent highest income . The plan also reduces taxes on health insurers, drug companies and medical device companies.

The National Association of County and City Health Officials (NACCHO), who have many members in rural communities around the country, strongly oppose the Republican plan. They are concerned the plan reduces or eliminates funding for immunization programs, childhood lead poisoning prevention, heart disease and stroke prevention and diabetes prevention. “Congress continues to invest the nation’s health resources in a sick care system, while severely scaling back investment in programs that prevent people from getting sick in the first place,” said NACCHO’s Chief of Government Affairs Laura Hanen, MPP. Many of the cuts in the Republican plan, particularly in Medicaid, will likely have to be made up by the states, counties and local governments, says NACCHO.

The National Rural Health Association also has concerns with the Republican plan. NRHA points out that while the ACA had problems, those problems could have been addressed. Under the ACA, a higher percentage of uninsured live in rural areas, rural hospital closures are rising, and rural citizens have a shorter life expectancy and more chronic diseases. The Republican plan does nothing to address these concerns and “is simply not the right prescription for rural Americans.”

Aside from premiums, the Republican plan could reduce access for rural communities to mental health and addiction services. Currently, Medicaid is required under the ACA to cover basic mental health and addiction services. But under the Republican plan, that requirement would be phased out in 2020. A new Center for Disease Control report found that suicide rates continue to be higher in rural areas, at least partially because people have less access to mental health services. As rural America struggles with an epidemic of opioid addiction, the loss of addiction services could put many of these critical programs out of reach. “This would hit rural parts of the United States the hardest, since the ACA allowed treatment providers to expand services in those areas.” says Michael Botticelli, former director of the White House Office of National Drug Control Policy.

The Republican plan also de-funds Planned Parenthood. The CBO estimates that by cutting access to birth control for women on Medicaid for even a year would increase the number of births by thousands and increase spending by $21 million in the first year and $77 million by 2026. The Daily Yonder reports that is one of several reasons why rural women are particularly vulnerable to service cuts and rising costs under the plan.

Beyond the national health care debate, the challenge of affordable and adequate care for farmers is becoming a priority for farm organizations. In Minnesota, the Land Stewardship Project is actively campaigning for a proposal from Governor Mark Dayton to expand a state health program called MinnesotaCare, designed primarily for low income residents, to allow anyone in the state to buy into the public program. Expanding the program would be particularly helpful to the state’s farmers as farm income has dropped for three straight years, Minnesota Agriculture Commissioner Dave Frederickson points out. Frederickson writes, “As farm profitability has gone down, individual health insurance market premiums in rural areas and across our state have skyrocketed.”

During the election, President Trump promised “insurance for everybody.” If the bill passes, it will add healthcare to the growing list of broken promises and contradictions that are defining his administration. States are already taking initial steps to offer a better healthcare solution to their people, and they will likely have to do more if the Republican plan goes forward.