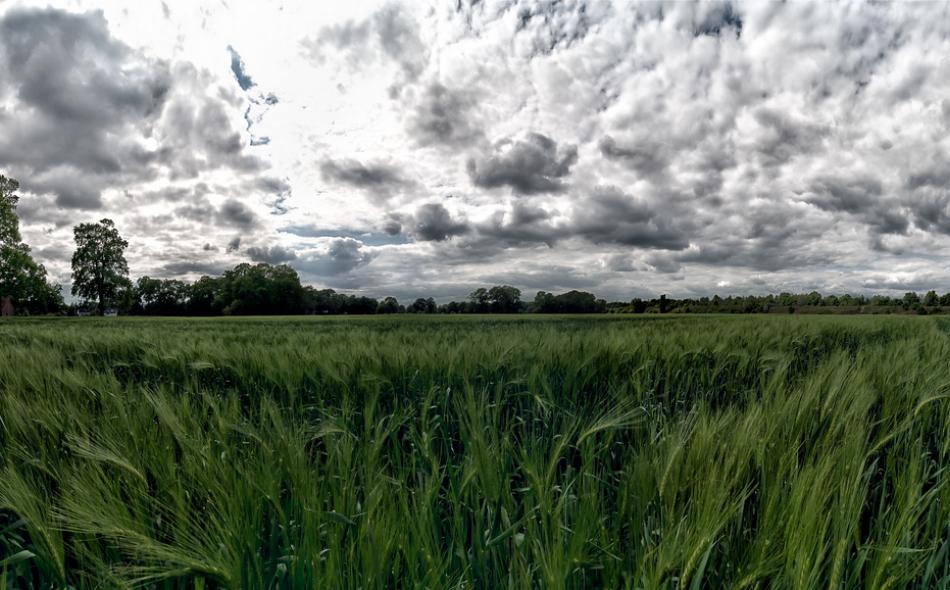 Sixty-eight percent. That’s the percent of corporate food and agriculture industry executives who said that weather extremes/volatility will be the “single biggest factor affecting North American food and agribusiness in 2013,” according to a poll by the Dutch bank, Rabobank in late 2012. Rabobank went on to say that business leaders’ concerns about weather extremes “far outweighed the next two closest factors—consumer demand (13%) and policy/regulation (10%).” “Geopolitical events” and “trade/tariffs/exchange rates” received votes in the single digits.

This striking data is another sign that the increasing volatility of our weather is not only real but is impacting even the largest food and agriculture businesses.

To dig more deeply into perceptions in the food industry about changing climate patterns, I recently conducted a series of conversations with produce distributors around the United States. These are folks who buy and sell vast quantities of fruit and vegetables from suppliers in the U.S. and all over the world, every day.

Although they are largely hidden from view, distributors are a key link in the chain of relationships that make it possible for most of our food (except that which is “direct marketed” via farmers markets and the like) to make its way from farms to grocery stores, restaurants and so on. Many I spoke with are multi-generation, family-owned businesses that sell a local and global supply of produce to institutions in their region of the country.

Produce distributors have a unique window on global agricultural trends and they see firsthand the impact that changing weather patterns are having on the supply chains that bring us our tomatoes, avocadoes and bananas. When there’s a snap freeze in Mexico or Chile or Florida, it affects them within hours.  As such, they are well-informed and insightful canaries in the global coal mine that we all now live in.

I interviewed these produce distributors in collaboration with Compass Group USA, a leading foodservice management company that serves a million meals per day at colleges, hospitals, schools, corporate cafeterias, restaurants and other locations across the country.

My hope was to understand how increasing weather volatility looks through produce distributors’ eyes, both in the short run and for the long term:  What has happened in the past few years with changing weather patterns in key growing regions?  How do those shifts affect business?  How might a changing climate affect the price and availability of fresh fruits and vegetables in the decades ahead?  What they had to say was both instructive and sobering.

Most reported a marked increase in weather volatility in recent years in the regions they buy from most—the U.S., and Central and South America. As one asserted, “We are seeing a drastic uptick in extreme weather patterns in the past few years. There may be controversy about whether it’s climate change or a natural trend, but either way the trend in coming decades is not good. We expect these weather extremes to continue and to become more common. It won’t be a situation where there’s no food, but it will be more expensive. Whether it’s climate change or not, something is happening.”

These weather impacts range from specific events—like hail, flooding, hurricanes and snap freezes—to shifting patterns of precipitation, temperature and other factors that make some crops less productive and reliable in areas where they have historically been grown.

To maintain a reliable product supply, many distributors are reaching out to a greater number of potential suppliers for each crop. With suppliers lined up in multiple regions or countries, the risk of bad weather in any one place is mitigated. As one distributor put it, “we’re likely to have bigger growing areas in the future, with less geographic concentration.”

That may bode well for more decentralized production, but a changing climate has the potential to cause severe consequences for produce growers all over the country and around the world. A shifting climate may make new crops possible in some locales, and some larger produce aggregators will add new suppliers in other states or regions of the world to diversify their own risk, but many farmers will be challenged to make the transition to an altered climate and heightened weather extremes.

For produce growers (who typically can’t access the crop insurance that is afforded to corn, soy beans and other commodity growers), a few years of crop failures can drain their financial reserves and force some out of business as we saw in the 2012 drought. And most growers outside the U.S. do not have any access to crop insurance.

“The transitions happening in places that can no longer grow what they’ve grown historically will be painful,” says one distributor. “People say that changing weather will create winners and losers geographically, but droughts just create losers. If you don’t have water, a longer growing season doesn’t help you.”

Another distributor summarized how the produce industry itself is changing due to rising weather volatility: “The challenge is that there’s no historical data to guide what’s happening now.  We know it may get hotter and wetter, and the farmers are doing their best to choose varieties and production techniques, but the weather is crazy for everyone. We’ve never seen weather like this and we’re not sure how people will respond. It’s harder to predict product pricing and quality. There have always been imbalances between supply and demand, but now it’s like being in Vegas!”

For eaters and growers alike, destabilized growing conditions are likely to lead to rising and increasingly volatile prices for fruits and vegetables. When severe weather hits a major growing region and supplies tighten, it tends to force up prices across the market as a whole. For instance, in early 2011, snap freezes hit Mexico and Florida hard and within days of each other. The cost of tomatoes (before shipping) shot up from roughly $8 per 25-pound case to $50 per case. Earlier this year, freezes in California resulted in the price of head lettuce nearly tripling.

While shoppers can navigate these fluctuations in the near-term by adjusting their shopping habits, a sustained rise in produce prices would likely complicate efforts to raise consumption of healthy fruits and vegetables, particularly among people of limited means.

Climate uncertainty is also intertwined with various other factors that impact produce markets. For instance, there has been significant growth in “protected agriculture” methods around the world. These methods range from high-tech heated greenhouses to lower-tech plastic-covered high tunnels. They make possible a more controlled growing environment and tend to yield very high quality product with less crop waste.

The adoption of these methods has largely been driven by consumer demand for out-of-season and cosmetically perfect produce (like the greenhouse-grown, vine-on tomatoes that are now all the rage).  Fortunately, they also afford growers some protection from volatile weather and the chance to extend their income beyond the standard growing season.  As weather volatility amps up, we are likely to see continued growth of protected production methods that can soften the blow of bad weather and diversify farm incomes.

Other factors—like structural and regulatory changes in the trucking industry and rising diesel prices—also come into play. Each of these factors contribute to the cost of shipping produce from where it’s grown to where it is eaten, and those costs can be significant, depending on the crop and the geography involved.  As a distributor in Virginia pointed out, he could buy a case of celery (which is a relatively heavy product) from California last summer for $7–$10 per case, but the cost of shipping it to Virginia added another $11–$12. Over the longer term, prices at the store will likely be buffeted both by changes in the cost of the food itself and rising transportation costs.

The need to diversify sources of supply raises some interesting questions about how increasing weather volatility may affect markets for produce grown closer to where it is eaten. On the one hand, many locally oriented growers are benefitting from growing demand for local product. Buying locally can substantially reduce transportation costs as well (by 80 percent according to one distributor in the Midwest), which is an asset for growers located close to the end market.

On the other hand, growers who sell into local and regional markets are also affected by the price of oil (which affects the price of fertilizers and other inputs). Some are located in areas with short growing seasons. In many regions of the U.S., limited aggregation and processing infrastructure are a significant constraint on the ability of local food systems to meet existing demand.  And of course, regionally oriented growers will, themselves, face the challenges of increased weather volatility. Addressing these structural constraints will be crucial to increasing the resiliency and scale of regionally oriented production.

These and many other factors paint a challenging picture for food and agricultural production in the decades ahead. While the future is hard to predict, I think it’s fair to say that we will be in for a wild ride in a world where weather volatility has become “the single largest factor.”