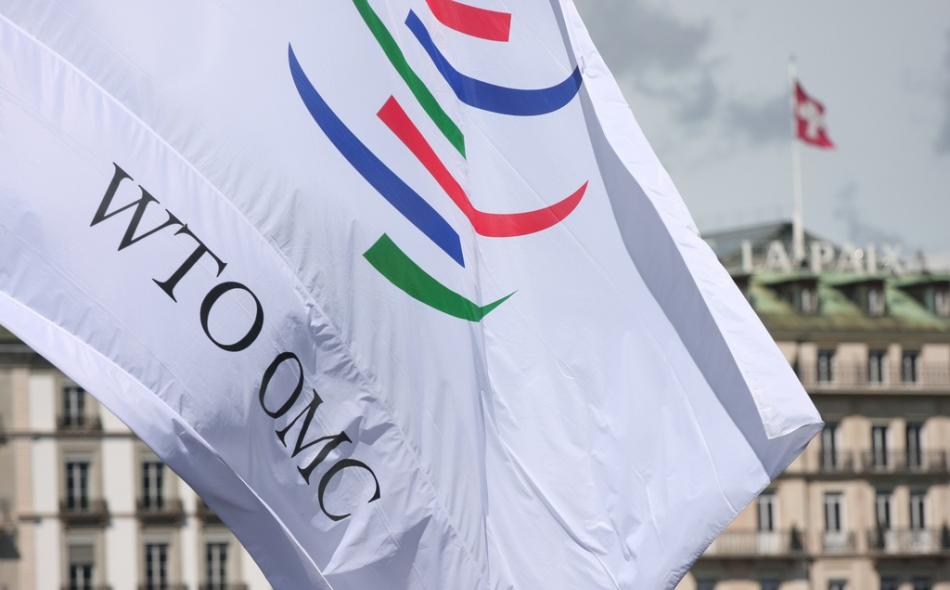 The World Trade Organization (WTO) turned 20 this year—it is young in the world of multilateral agencies (by way of comparison, the UN turned 70) but it is no longer new. There is now a sizeable group of people working on trade who do not remember a time before the WTO. It has become the default trade institution—the organization everyone thinks of when they think about global trade.

Yet the young organization, birthed with such hyperbole, has lost its way. It is spurned by many of those who initially worked so hard to bring it into being, including the U.S. government, which seems to have lost interest in the organization. The hopes and the fears expressed at the WTO’s inception were premised on what looked like real power in the multilateral system, including a dispute settlement system that can enforce penalties on governments that break the rules.

On the eve of the WTO’s tenth Ministerial Conference, to be held in Nairobi December 15-18, the conviction that the WTO would be an effective new design for multilateral governance looks misplaced. The WTO has not negotiated a single tariff reduction in its 20 years of existence. The members adopted a negotiating agenda in Doha in December 2001 and have failed to bring it to conclusion. A vocal number of WTO members from among the richest countries, led by the United States, have openly declared that the Doha Agenda should no longer be even mentioned once Nairobi is done.

There are some small elements of negotiation ahead of the Nairobi Ministerial, on export credits and Least Developed Country exemptions, for example. Even, surprisingly, on the Special Safeguard Mechanism, which would allow developing countries to raise tariffs to block import surges. But the real issue facing the WTO member states is the fate of the Doha Agenda. On the one hand, what is the point of an agenda that some of the largest and most powerful members have no interest in negotiating? On the other, how to proceed if the large majority of countries are determined to hold on to the Doha Agenda?

If Doha is abandoned, developing countries fear that their interests will be abandoned with it—richer countries show less and less interest in negotiating the issues that developing countries have made their priority (such as reducing the trade-distorting effects of developed country agricultural subsidies and export supports). They are instead focused on services and investment, where the advantages are largely with exporters based in developed countries.

For most of civil society, the Doha Agenda is beside the point. It was never a good agenda and it has not improved with time. It was supposed to address the inherent inequalities written into the Uruguay Round Agreements but by and large did not. Nor did it address what has emerged as the WTO’s single largest failing—its inability to serve as an adept and flexible manager of a complex and evolving system of globalizing markets. The WTO rules rely on baseline reference prices that are now 25 years out of date. The rules create exceptions for rich countries that persist because nothing new has come in their place—rules that allow the EU to go back to its damaging export subsidies if it chooses to, for instance, or for the U.S. to continue to monetize its food aid and to rely on export credits to support its commodity traders. The rules also punish developing countries for the success of agricultural sectors, a success that was ostensibly one of the objectives of the Uruguay Round in the first place. A number of developing countries have experienced much higher levels of inflation than have industrialized countries because they are growing more rapidly. The WTO benchmarks that assess permissible levels of domestic support to agriculture have no way to account for these differing levels of inflation.

What might a different basis for the conversation look like? Three elements need serious attention, whether in Nairobi or afterwards:

1. The Mandate: The General Agreement on Tariffs and Trade (GATT) was about tariff reduction, relatively pure and simple. The GATT signatories agreed on this purpose and the negotiations met with some success. The WTO’s purpose is more complex. The fundamental commitment to tariff reduction has not gone away, and for some governments it is still the most important function. At the same time, the neoliberal development economics of the last 30 years has focused heavily on trade liberalization as an instrument for development. A number of member states consider the WTO should be a development forum, focused on developing countries’ economic needs. (Note, that is what the first multilateral organization dedicated to trade—the UN Conference on Trade and Development—was all about). Yet those governments that insist trade liberalization is the best course for development then fail to liberalize important aspects of their own economies, undermining trust that they are negotiating in good faith. They say trade liberalization is good for all countries but they do not act as if they believe it. In addition, the Uruguay Round Agreements take WTO rules deep into aspects of domestic policy space, whether in agriculture, manufacturing, services, government procurement or intellectual property rights. Most governments that allow a domestic debate on trade policy have met significant resistance to WTO rules. This mandate needs clarification and stricter limits on where it might override domestic policy in member states.

2. Special and Differential Treatment: The GATT enshrined a principle of different levels of commitments for developed and developing countries. As a number of developing countries industrialize, that binary division is less and less apparent. Moreover, it is not clear that size of economy has much to do with the importance of trade in that economy; trade matters more to smaller countries (for fairly obvious reasons—smaller countries have less diverse economies in general, and more reason to trade) but that is as true for Switzerland as for Jamaica. Yet there are persistent important North/South divides, one of the starkest of which are the exemptions and exceptions that richer countries enjoy because they can pay for opt-outs (such as compensation for sectors that are hurt by new rules) and have historic exemptions from previous trade negotiating rounds. The place to start on unpacking SDT would be to confront some of the built-in privileges of richer countries and their corporations before making demands on emerging economies to assume more responsibilities than poorer developing countries. Long periods of intellectual property rights protection would be one; another would be to prohibit the dumping of agricultural commodities at less than cost of production prices in international markets.

3. The Agenda:The world has changed a lot since 2001. Some say it is time to shift from a 20th century to a 21st century trade agenda. In this view, the so-called “mega-regionals” (such as the Trans Pacific Partnership or TPP) are categorized as 21st century and the Doha issues are judged to be “last century”. In truth, the mega-regionals differ from Doha only in as much as they more starkly reflect some interests within richer developed countries, where agriculture and manufacturing face competitive challengers but which house large corporate interests invested in finance and services, as well as a number of firms determined to avoid competition by protecting and extending their intellectual property rights.

In truth agriculture and industry are still deeply relevant to national economies, and not just in the South. Confronted with the challenges of climate change, deteriorating soil health, biological diversity loss, and freshwater scarcity the old trade issues are not going to go away. Technologies may be transforming aspects of economic production and distribution but they are not yet proposing to substitute for water, soil, ambient temperature and photosynthesis as the building blocks of our food supply.

After the collapse of trade talks in July 2008, international civil society interest in trade waned significantly. The emergence of mega-regional trade negotiations has regained their attention but many find themselves uncertain what to make of the new context. Most were critical of the Doha Agenda although some accepted that it was an agenda developing country governments had sought and they worked to support developing country governments on that basis. Yet few have any desire to defend the Doha Agenda now—it was never their interest and its appeal has not increased. The multilateral trade system emerges in a new light from recent debates. Civil society rejected a strong WTO committed to liberalization on a narrow agenda. Yet a weak WTO that is unable to come to any agreement among member states and that is openly disparaged by some of the richest members in favour of deals, such as the TPP or TTIP, which only invite a few countries to participate is even worse. It is time to reclaim a multilateral space for the negotiation of international trade rules that starts by rebuilding trust in the process, that includes all affected parties (not just the richest economies) and that does not prejudge outcomes to favour a particular economic model.

In this essential debate on how to govern multilateral trade, some principles are clear.

1. Any 21st century trade agenda must be democratically owned and discussed by all affected parties. The TPP negotiations were held in absolute secrecy from citizens and parliamentarians alike, among a group of like-minded governments and corporate advisors whose decisions would have effect far beyond the borders that defined the extent of their democratic mandate.

2. The WTO cannot act in isolation from other parts of the global governance architecture. Trade is intimately linked to other policy areas and to non-governmental concerns. The organization officially operates with a one-member one-vote system rather than with votes weighted by the size of the trade economy; this is important and should be protected. But the member states refuse to allow civil society organizations any official standing. Nor are other multilateral agencies allowed to observe WTO proceedings. The result is out of step with best practice in multilateral organizations. Trade affects not just commerce, but wider economic relationships, as well as social and ecological interests. Trade is a legitimate concern for policies to address climate change, health, food security and natural resource management. The WTO as an organization cannot possibly handle all these issues alone, nor can other agencies refer all trade matters to the WTO in isolation. It is time for a more coherent and integrated approach.

3. Multilateralism as aspirational. Governments tend to first use international processes to protect their domestic interests. Once engaged in multilateral negotiation, they instinctively seek allies to help protect those interests, looking for strength in numbers. But ultimately governments find they learn from the multilateral level, and sometimes they make agreements that advance a wider public interest even at the expense of the initial definition of their national interest. New horizons emerge from the exchange with other countries, and with other actors at the multilateral level. The WTO has offered only a repressed and distorted forum so far, too curtailed by its legalistic origins and its strong negotiating mandate. The space is ready made and the issues are waiting. Now a culture of open debate and a willingness to hear contrarian views on the role of trade in the economy is urgently needed. It is from that place that a truly 21st century trade agenda could hope to emerge.