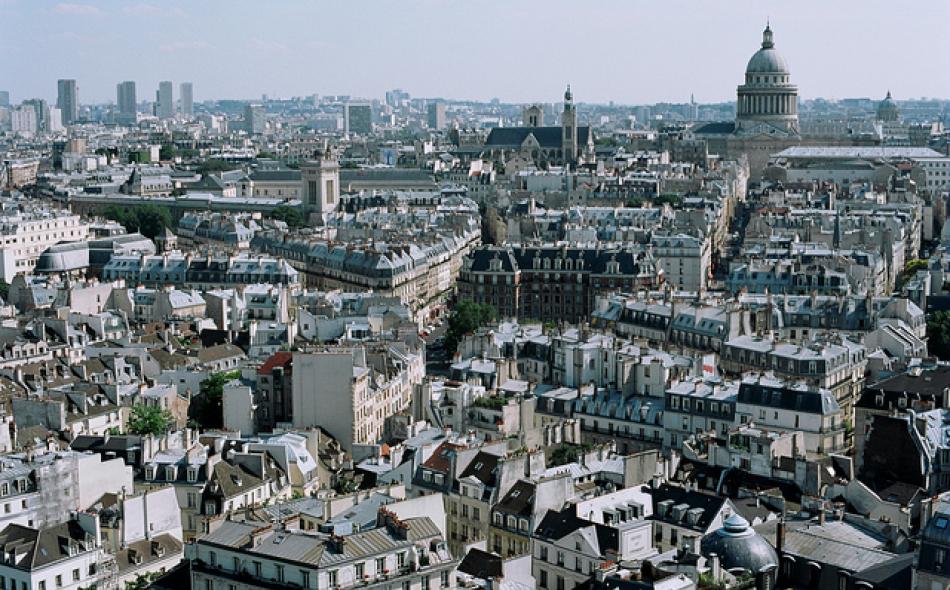 On June 23, 2011, the G-20 marked a new phase in its evolution as a political entity with its first summit of agricultural ministers. Held in Paris, with a significant investment of French political energy in the process and the outcome, the meeting was nonetheless profoundly disappointing.

The one positive outcome was that the meeting happened: on agriculture, as on few other topics of global policy importance, the G-20 have urgent work to do—collectively and at home. The G-20 account for the world’s largest food producers, consumers, importers and exporters, and on all these fronts, existing food systems are failing. Of course, the G-20 excludes the vast majority of countries, and, by definition, all the poorest countries where the failings of the system are felt most acutely. Nonetheless, the G-20 could dramatically improve the working of international food systems if they chose to, and the broader benefits would be significant. Yet the final communiqué showed just how much work is still to be done to get the most influential G-20 members—particularly the United States, Brazil and China—to agree to much needed reforms.

What were they discussing? Food price volatility: the sharp price rises and falls in international agricultural commodity prices after several decades of relatively flat prices. Agricultural prices always fluctuate of course, but the prices of agricultural commodities fluctuate more than most prices because of the uncertainties that even 21st-century technology cannot control, from rainfall to pest infestations. But four things have brought volatility to the fore of governments’ minds for the first time over thirty years. First, volatility is higher than at any time since the period of instability in the early 1970s, and it is affecting all commodities, though not all equally. Second, the volatility is associated with persistently higher food prices. The welfare effects of volatility depend on the level around which prices are fluctuating: at higher prices, the effect of volatility on poor consumers is much more deadly than when it occurs around lower prices. Third, volatility is proving persistent: earlier periods of agricultural commodity price volatility were at least as marked as today’s but they were relatively short-lived; prices returned to previous levels after two years in the 1970s, for example. This time, although prices fell during the second half of 2008 and 2009 after the massive recession triggered by the 2008 global financial crisis, prices then started to rise again and have continued to rise since. Fourth, volatility on international markets has never affected so many people. Developing countries (especially the poorest among them) depend on cereal imports as a component of their food security. Until the 1990s, developing countries were net agricultural exporters. Since then, they have become net importers. Volatility on international commodity markets today affects billions of people around the world.

So commodity price volatility is a real issue. And it has real consequences, too. The uncertainty price volatility brings in its wake is not only bad for consumers and producers, but for economic development as a whole, because it discourages investment and encourages conservative risktaking, diminishing the potential for innovation. Coupled with sharp upward food price spikes, the issue becomes politically charged—to the point of riots, and even revolution.

Given the importance of the issues, what did G-20 achieve in Paris? They touched on a number of the central issues. Some were developed in detail, including the need for greater transparency and market information, and the need to invest in greater agricultural productivity. Other issues, as important and more directly touching G-20 domestic politics, did not fare so well. These issues included ending minimum-use mandates and subsidies for biofuel production in industrial countries; disciplines on export restrictions; tougher regulations on commodities futures markets; and, the exploring the potential of public stockholding to mitigate volatility and price spikes.

Commodity speculation was of particular interest to the French host government, and the final declaration mentions the need to tighten regulations governing commodity futures exchanges, including the need to determine position limits for some traders in advance. But the finance ministers are jealous of what they see as their preserve and the agriculture ministers bowed to the traditional hierarchies and pushed actual binding decisions back to the next G-20 finance ministers’ meeting in September. An organization called the International Organization of Securities Commissions (IOSCO) is due to report at that time on some of the issues. The chance to insist that financial actors are both too powerful and too disruptive on agricultural commodity markets and that the rules need to be reformed was largely missed.

The Agriculture Ministers did agree to establish something they are calling the Agricultural Marketing Information System (AMIS). The idea has merit: the free flow of information is an essential precondition for markets to work correctly. Yet the proposal is a funny mix. It is on the one hand a somewhat limited ambition—information is necessary yet certainly not sufficient for markets to work. On the other hand, and surely inadvertently, AMIS is a potentially subversive agenda because the need for AMIS highlights some uncomfortable facts for the governments that insist international markets are working and need to be left unregulated. The four largest grain multinationals are estimated to control anywhere from 75 to 90 percent of the global grain trade (importantly, no one actually knows how much they control, either individually or collectively). In practice, if just these four companies were willing to cooperate, it might be enough to transform the information available on international markets. Yet the four (known collectively as ABCD: Archer Daniels Midland, Bunge, Cargill and Louis Dreyfus) are notoriously secretive and have given no indication whatsoever that they will cooperate with the proposed AMIS. Without them, what can AMIS achieve? Meanwhile, China continues to hold important levels of domestic stocks—important, but no one knows how big, and the government is not about to say.

On biofuels, the governments of Brazil and the United States are said to have acted in concert to block any meaningful outcome. Whatever actual negotiating went on, the G-20 agreed to do nothing on this issue. The declaration commits the G-20 to study the problems, with a note to remember how helpful biofuels can be. Biofuels policies are one of the contributors that virtually all experts agree has played a significant part in causing both higher and more volatile agricultural commodity prices. The analysis is already exhaustive and widely published, in more than one language. But the governments responsible for the problem continue to deny the evidence.

Another issue that is widely condemned but politically untouchable is the use of export restrictions. Paragraph 40 reads:

“We recognize that the first responsibility of each member state is to ensure the food security of its own population. We also recognize that food export barriers restricting humanitarian aid penalize the most needy. We agree to remove food export restrictions or extraordinary taxes for food purchased for non-commercial humanitarian purposes by WFP and agree not to impose them in the future. We will seek support within the United Nations agencies and will also recommend consideration of the adoption of a specific resolution by the WTO for the Ministerial Conference in December 2011.”

The exception carved out for World Food Program (WFP) purchases is not unimportant, but it is trivial in comparison to the market as a whole. Export restrictions disrupted markets, raised prices and added to uncertainly, and thus volatility, in 2007-08. The note that food security is a “first responsibility” is welcome, but in this context, the statement sits awkwardly with the fact that the G-20 includes all the major grain exporters (except for the rice exporters Thailand and Vietnam). The use of trade restrictions in 2007-08 severely undermined importers’ confidence in international markets. Many poorer countries are less inclined to rely on international markets for their food supply than they were before the crisis. The failure of the G-20 to agree that export restrictions should be governed by multilateral agreement begs the question of why they object to governments who insist their responsibility to ensure the food security of their population includes the need to use import restrictions. The answer is not in prohibiting all export restrictions. Rather, paragraph 40 of the declaration encapsulates the failure of the Doha Round and should be a harbinger of a new premise for global trade agreements—one that starts with the first and overriding obligation of governments to ensure trade rules respect the universal human right to food.

One final area deserves mention: public stocks. The G-20 includes a number of governments that use stocks on a significant scale, including India and China. These governments successfully mitigated the worst of the price spikes in part because their domestic markets are not fully integrated into world markets. Price spikes and periods of excessive price volatility are both associated with low levels of stocks; indeed, if stocks are sufficient, neither price spikes nor excessive volatility will occur.  Yet the G-20 refused to reconsider policy in this area, considering (and dismissing) only the use of stocks to support prices, rather than to look at how stocks might stabilize be used to dampen excessive speculation and to ensure a physical grain supply that prioritizes food over other uses. The G-20 chose instead to emphasise various risk-management tools, all of them based on finance, including public subsidies to financiers such as J.P. Morgan to encourage developing countries to hedge their food import needs on commodity exchanges. The one mention of reserves is for a WFP program to pre-position food aid with the creation of small emergency stocks in regions that are prone to food emergencies. Even this very modest proposal was watered down by the U.S., who insisted that a feasibility study was needed before even a pilot project could be launched. The final declaration goes a little further, calling for both the feasibility study and the establishment of the pilot. But the proposal as a whole, while very worthwhile, hardly touches on the potential of strategic grain reserves to reduce the likelihood of excessive price volatility.

What comes next? It will be for the finance ministers in September and the heads of state in November to see. There is still time to push for meaningful and coordinated reform on commodity speculation, though it will be a hard-won fight to get governments to agree to meaningful change. But on some of the major agricultural issues, including biofuels, stocks and trade rules that support food security, the G-20 Ministerial can only be judged a failure. The governments have promised to keep meeting and discussing the issues. Perhaps Mexico, next year’s G-20 host, can produce something more significant from the next encounter.