Grain Reserves and the Food Price Crisis: Selected Writings from 2008-2012 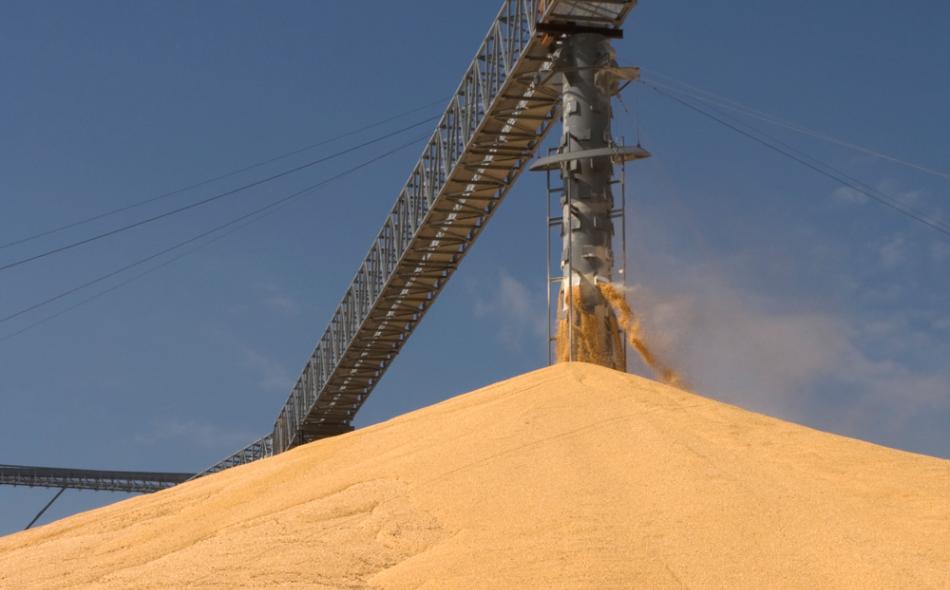 IATP is pleased to present this reader of recent writings on grain reserves. Storing food in times of plenty for use in times of scarcity is a prehistoric idea that still has relevance and importance today. In 2009, IATP decided to renew and refocus its work on grain reserves in light of the 2007-08 food crisis and the link to significantly diminished food stocks for international markets. That work continues to deepen and expand, as a growing number of civil society organizations (CSOs), researchers and governments renew their interest in grain reserves as an important instrument to build food security.

There is a growing sense that the global agricultural marketplace has changed in recent years, and that these changes have led to dramatic increases in price volatility. Excessive speculation on commodity exchanges and disruptive weather associated with climate change are two factors affecting supplies and prices. The shift away from public stockholding to private control as multinational agribusiness companies control an ever larger share of global food supplies is another less discussed issue.

Grain reserves are a tool that can reduce excessive volatility in agricultural commodity markets. Low or uncertain stock levels are a necessary pre-condition for excessive volatility to occur; a transparent, predictable and accountable reserve is a powerful tool against such volatility. Reserves can also support more remunerative prices for producers; avert and respond to food emergencies; provide a market for small-scale producers; create a reliable source of food for social safety nets such as school lunch programs, and much more besides.

There are different kinds of reserves. These differences are too often left undefined when reserves get a mention in policy circles. There are emergency reserves versus those created to stabilize prices; regional versus national versus international reserves; virtual reserves versus physical stocks. These different kinds of reserves are linked in some ways, but also raise distinct kinds of challenges, for governance, composition, rules for stocking and release, and more. The context in which they operate is also important; emergencies in much of sub-Saharan Africa are recurrent and probable; for much of Asia, the risk of an emergency is much less, though individual countries face chronic food supply instability and the number of people who are food insecure is much greater. Many of the countries that most need a national reserve are least able to afford one. The countries that can afford a reserve prefer to avoid the costs involved, relying instead on the private market.

There has been a clear shift in the policy debate surrounding grain reserves since 2009. It continues to prove very difficult to get some of the most influential members of the world’s richest economies—the G-20—to allow an open debate on reserves. Officials in different policy institutions, governments and agribusiness repeatedly confirm that the question is a political “non-starter” for many countries. Yet interest in old and new experiments with reserves persists.

Many African governments are interested in reserves as a way to lessen their dependence on external assistance, particularly on food aid but also on food imports. African countries’ food import bill rose from $20 billion in 2001 to $33 billion in USD 2006—a 65-percent increase in just five years. Between 2006 and 2008, the food import bill jumped another 35 percent.1 Other regions, too, particularly Asia and Central America have been exploring reserves. ASEAN+3 (Japan, South Korea and China) established a considerable emergency rice reserve in 2011, after a several-year pilot phase concluded.

Reserves have, in part, come back onto countries’ policy agenda because some of the alternatives, including a reliance on international trade to guarantee food supply, proved unreliable during the price spikes of 2007-08. Yet there is still no international platform that would allow a thorough debate of whether and how reserves could work. Reserves are like the orphan child at the banquet: not excluded from the guest list, but without a rich parent to bring her forward. Both the G-20 and the CFS discussed reserves in 2011. Both left small (very small) doors open to a further conversation. IATP hopes this reader can open the door wider on the debate, to allow an exploration of how reserves could better advance food security.

This collection provides an overview of recent writing on reserves, to point to work in progress, and to encourage a more open and rigorous debate about how reserves fit into food security strategies, at the local, regional, national and international levels. IATP has sought input from a variety of sources to round out the information, and we thank the many contributors to this reader, and to others that gave their time and knowledge to putting the reader together.

1 Numbers from UN Economic Commission for Africa and FAO.