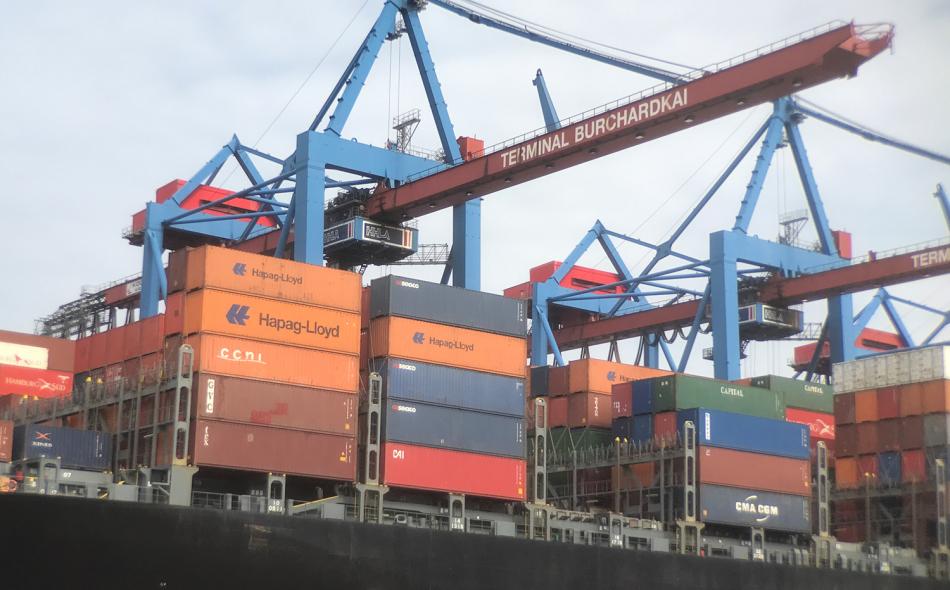 President Trump’s insistence that he would renegotiate the North American Free Trade Agreement (NAFTA), which he called the worst deal ever, has resulted in a reckless and secretive process with no clear end in sight. The prospect that he could withdraw from NAFTA with no plan to replace it has generated anxiety among farm groups and trading partners. Trade has been held out as a solution to the current farm crisis, but the focus on increasing exports is dangerously incomplete. In fact, a Trump-negotiated NAFTA could well bring in some of the worst aspects of the failed Trans-Pacific Partnership (TPP), while reinforcing trade rules that have increased corporate power over farming systems.

NAFTA began just before the game-changing 1996 Farm Bill. U.S. farmers were promised that past policies that set floor prices and managed supply were no longer necessary: Instead, they were encouraged to expand production and export their way to prosperity. Crop prices plunged almost immediately following the ’96 Farm Bill, and since then prices have been volatile, but mostly low. IATP has calculated the extensive dumping of major commodity crops (i.e., exports at below the cost of production) over the last 20 years. Since NAFTA, more than 2 million Mexican farmers, unable to compete with these cheap agricultural imports, have been driven off their land, often moving north to find work. At the same time, more than 200,000 small and medium-scale U.S. farmers have left agriculture since NAFTA, all while corporate concentration in seeds, processing and other aspects of production increased dramatically.

The Trump administration began its trade policy with action civil society groups had been demanding for years: Withdrawal from the TPP. That agreement included measures that would have weakened food safety standards, undercut Canada’s successful dairy supply management program, expanded unregulated trade in products of agricultural biotechnology, and eviscerated rules to allow farmers to save and share seeds to promote biodiversity. Civil society groups from around the world and across sectors opposed TPP provisions that would have extended Investor-State Dispute Settlement (ISDS), which allows corporations to sue governments over public interest laws, including those on the right to water. While the U.S. withdrawal from TPP was a victory for civil society groups in all 12 countries, talks to revive it continue, both among the other 11 countries, and with the insertion of many of its worst provisions into the renegotiation of NAFTA.

Family farm groups began 2017 with a call for new priorities for NAFTA renegotiation, starting with opening up the process to greater participation by all sectors. They also demanded the restoration of Country of Origin Labeling (COOL) for meat (which was abandoned following Canada and Mexico’s successful challenge to the program at the World Trade Organization), reforms to anti-dumping mechanisms to promote fair trade in farm goods, and new measures to protect the rights of farmworkers. They also rejected ISDS and the inclusion of TPP proposals that favor the interests of agribusinesses. So far, the Trump Administration’s record on NAFTA renegotiation is dismal.

While nearly 50,000 civil society groups submitted comments on the objectives for NAFTA’s renegotiation, the administration has provided very little feedback on progress to date. The talks initially advanced at a breathless pace, with discussions every two to three weeks, without any of the stakeholder events that had informed previous trade negotiations. While some information on Canadian proposals for new chapters on labor and environment or U.S. ideas about limiting ISDS have leaked to the media, there has been virtually no information on whether the TPP+ proposals made by corporations are being considered in the trade talks.

This has been a bright spot in the trade talks, with the administration setting out objectives to allow countries to opt out of the controversial mechanism. While this could be a positive development, civil society groups and legislators have demanded that it is simply eliminated. News reports indicate that the Canadian and Mexican governments have resisted even the opt-out mechanism, and corporate interests have launched a full-scale assault against the proposal. The effective U.S. withdrawal from ISDS in NAFTA would still leave the mechanism intact in other trade agreements like the U.S.-Central America Free Trade Agreement and scores of Bilateral Investment Treaties, but it would be a major step forward.

Despite initial indications that some administration officials supported calls to Canada and Mexico to withdraw their WTO complaint on the past COOL policy in the U.S. and to reform NAFTA to facilitate consumers’ right to know about where meat is produced, that idea seems to have vanished from the NAFTA talks. COOL is a high priority for U.S. farmers and ranchers, as well as the United Food and Commercial Workers union. FarmAid’s Alicia Harvey explained that:

Country-of-Origin Labeling (COOL) is a win-win for farmers and eaters. Without it, U.S. farmers have a harder time getting a fair price because corporate meat processors can import cheaper meat and pass it off as a domestic product. Eaters want to support America’s family farmers. With COOL they can be sure they’re doing that.

There are indications that negotiators behind closed doors are quietly agreeing to insert corporate-friendly policies into NAFTA that even go beyond those agreed to in the TPP. These policies may include a proposal from the biotech industry to enable imports of products with “low-level” genetically engineered content, even when not yet approved in the NAFTA member countries. Inside U.S. Trade has reported that biotech negotiations for NAFTA 2.0 have “moved ahead” and that provisions could go farther than TPP “because NAFTA countries are more prepared to implement new measures than some TPP countries were.” Mexico, with the blessing of Canada, is actually seeking an energy chapter similar to the “proportionality rule” binding Canada under the current version of NAFTA, a rule that would tie its hands by requiring exports of fossil fuels, both undermining its sovereignty and constraining its ability to reduce carbon energy exports to cut greenhouse gases (GHGs). Negotiators from all three countries have expressed support for sweeping regulatory harmonization and consultation procedures that go beyond the TPP and strike at the heart of the democratic process to give corporations even more influence over regulatory decisions. These procedures would incorporate a preference for deregulation and voluntary standards across government including for food safety, organic foods and chemical policy.

One of the bright spots in North American agriculture, Canadian supply management programs for dairy and poultry has supported stable rural economies and fair prices for producers and consumers in that country. Canada exempted dairy and poultry from market openings under NAFTA, but agribusiness firms and the Trump Administration have targeted that program in the NAFTA renegotiation, an approach that will do nothing to fix the current crisis for U.S. dairy farmers. Jim Goodman, a Wisconsin dairy farmer and member of the National Family Farm Coalition (NFFC), rejected that proposal:

Federal and state governments and land-grant universities, at the behest of the dairy industry, have done all they can to encourage U.S. dairy farmers to produce more milk, never questioning how much milk might be too much or how the subsequent cheap prices affect farmers. We cannot expect Canada, at the expense of their dairy farmers, to bail us out. Farmers—whether U.S. or Canadian—are nothing more than parts of the machine to the industry and NAFTA.

Despite the potential impacts on farmers and ranchers, the administration does not appear to have assessed the impacts of leaving NAFTA. If Trump were to give notice of withdrawal, it would trigger a six-month process. That notice would not obligate it to actually withdraw, but there could be impacts on many sectors. Tariffs would revert to World Trade Organization (WTO) Most Favored Nation levels. Under WTO rules, Canada and Mexico have the right to raise tariffs substantially on many farm goods. The U.S. has mostly committed to lower tariff ceilings, but there are some exceptions, such as imports of red meat, for which the U.S. currently applies an 18 percent tariff on imports from non-NAFTA countries. However, all three countries could decide to apply tariff rates that are much lower than the ceilings they have committed to under the WTO’s global trade rules.

The real question is not NAFTA or no NAFTA but what trade rules do we need to achieve fairer, more sustainable food and farm systems. NAFTA has failed family farmers on both sides of the border, but there are no indications that President Trump understands that basic fact or that he is taking effective actions to resolve it. Nor that a better NAFTA should be coupled with a better Farm Bill. NAFTA should not solely be assessed by how it affects agricultural exports by multinational agribusiness firms, but instead for its overall impacts on farmers, rural communities and our economies.

For more information, see: NAFTA Renegotiation: What's at stake for food, farmers and the land?