The Wrong Way to Protect Food and Agriculture 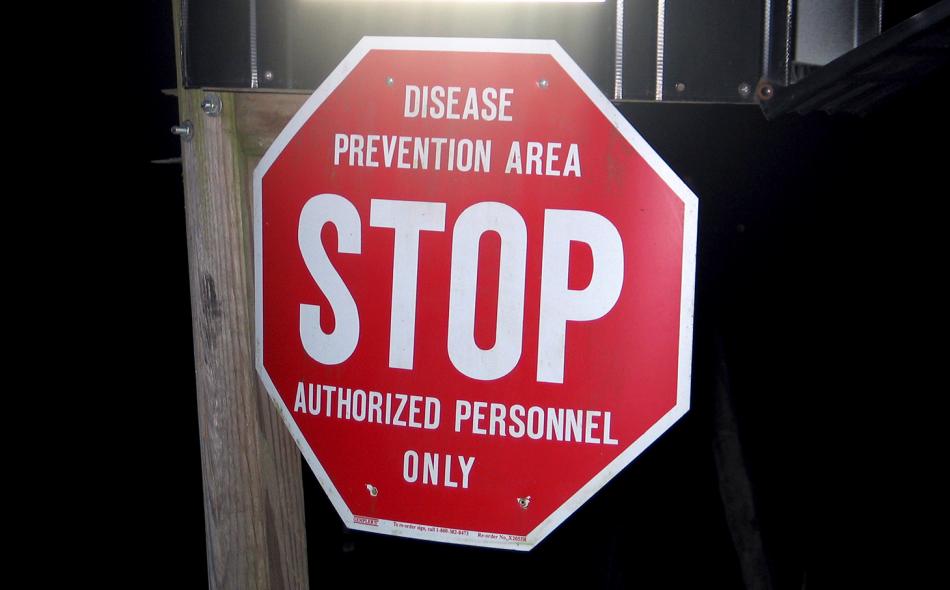 Every presidential administration inherits the problems and the resources of the previous administration. An administration’s performance should be judged by how it has applied resources to the problems it inherits. In the case of agricultural and food safety management, the Trump administration has chosen to cut budgetary and personnel resources, eliminate or delay implementation of regulations, or not enforce them. Deregulation monitors, such as that of the Brookings Institute only capture part of the assault on public protections, including that on food, agriculture and rural communities.

For example, the U.S. Department of Agriculture report in December 2017 on the economic impact of the avian influenza epidemic of 2014-2015 indicates that USDA will continue to limit research to wild bird flyways as the main source of the outbreak. In January 2017, IATP reported on research demonstrating that new flu strains “are increasingly influenzas adapted to intensively raised poultry” practices. According to Dr. Rob Wallace, university researchers will be discouraged from investigating Confined Animal Feed Operations (CAFOs) as an incubator of bird flu.

Despite withdrawing in November a proposed USDA rule for agriculture products derived from new genetic engineering techniques, the Trump administration has not begun new rulemaking. Instead, the USDA continues to deregulate such products as mushrooms and apples engineered to not turn brown after being cut. In July, IATP anticipated that under the guidance of USDA deregulation chief Rebeckah Adcock, a former pesticide industry lobbyist, the Trump administration would support biotech industry demands to not regulate. IATP and others had proposed to regulate the GE cropping systems based on public and peer-reviewed studies, rather than those based on confidential industry studies and data.

In October, IATP reported on how Trump deregulatory practices and industry demands were translated into U.S. proposals to trade agricultural biotechnology products under a revised North American Free Trade Agreement. IATP also outlined the Trump administration’s response to the dicamba herbicide’s damage of more than 3.6 million acres of crops (as of October 15, 2017), due to dicamba’s high chemical volatility, which harms crops not genetically engineered to resist dicamba. One farmer said that the need to buy dicamba-resistant seeds or risk losing the crop was “tantamount to extortion.”

Monsanto, one of three dicamba manufacturers, blamed the damage on farmer error in applying dicamba. Farmers said that the dicamba labeling instructions were impossible to follow. Monsanto forbid independent testing of dicamba, and the EPA did not require such testing. Instead in November, the Trump administration agreed with the manufacturers on voluntary dicamba labeling guidelines, allowing manufacturers to continue to market their product with no regulatory constraints

Dicamba was to have provided an alternative to the weed management failure that resulted from pest and weed resistance to the glyphosate herbicide used predominantly on GE crops. EPA’s inspector general noted in a June report that during the Obama and Trump administrations “the agency has taken few steps to reduce herbicide resistance.”

In June, USDA Secretary Sonny Perdue announced a temporary import ban on Brazilian beef following a Brazilian federal police report in March that meat company inspectors were bribed to falsify inspection documents and to disguise putrid beef with chemicals. In June, IATP noted that the president of the U.S. federal meat inspectors’ union said USDA had failed to re-inspect Brazilian meat exports per the terms of USDA’s determination that Brazilian meat hygiene standards were equivalent to those of USDA. Despite the federal meat inspectors’ alarm about the re-inspection failure, Secretary Perdue allowed Brazilian meat imports for three months before announcing the import ban.

In December, Food and Water Watch petitioned USDA to revoke the equivalence determination that allowed Brazil to continue to export beef to the U.S., despite 15 years of Food Safety Inspection Service (FSIS) audits documenting Brazil’s failure to comply with the terms of the equivalence determination. Even with abundant evidence of Brazil’s compliance failure and a harsh USDA inspector general’s report in 2015, the Trump administration expanded a program, begun in the Clinton administration, to allow meat companies to control almost all inspection functions and reporting. That program to enable privatized poultry inspection was expanded to hog slaughtering facilities.

In mid-December, at a meeting of the Safe Food Coalition with FSIS officials, IATP presented its November report on the Brazilian meat industry. IATP warned against ceding to pressure from trade officials, including FSIS supervisor, USDA Undersecretary for Trade Ted McKinnon, to resume allowing the import of Brazilian beef under the current privatized and vulnerable-to-bribery inspection regime.

None of these and other agricultural regulatory problems inherited by the Trump administration would be easily solved with a more cooperative agribusiness industry. But the 21 percent cut to the USDA budget proposed by the White House for Fiscal Year 2017, although reduced by the House of Representatives appropriations committee, adds to the pressure to cut the staff and infrastructure to mitigate risks to public and environmental health from agriculture practices and products.

The high incidence of foodborne illness reported by the Centers for Disease Control (CDC) in 2016 should have advised the Trump administration to increase the resources to prevent foodborne illness. The contamination of horticulture products by pathogens most likely originating in runoff from livestock manure has continued under the Trump administration. Official response time to the contamination incidents has been slow and incomplete.

For example, despite an outbreak of E coli traced back to romaine lettuce in November in Canada and the U.S., the Food and Drug Administration had not made an official declaration about the outbreak when Representative Rosa DeLauro wrote to the CDC on January 8 to complain of a “stunning lack of guidance” from the agencies. At that time, the outbreak had been linked to 22 hospitalizations and two deaths. Instead, FDA commissioner Scott Gottlieb tweeted on January 9: “FDA will continue to update on the recent E. coli outbreak. Illness onsets among reported cases occurred in late Nov & early Dec, so the source of these cases likely is no longer on the market. We're working closely with partners to identify that source.”

The Trump administration’s proposed 2018 budget for the Food and Drug Administration would offset a 31 percent reduction in Congressional appropriations with industry regulatory service user fees, a Dead on Arrival proposal in Congress. If Congress approves the FDA budget cuts without increased industry regulatory fees, the compliance deadlines for the Food Safety Modernization Act likely will be extended beyond the previous extensions announced by the Trump administration in November.

The USDA holds its annual Outlook Forum, subtitled “The Roots of Prosperity,” February 22-23. The last session features “Right-Sizing Regulation,” when those who would be prosperous may have left to catch their planes, confident in the knowledge that “right-sizing” is a euphemism for cutting regulations, regulatory staff and budgets. In the USDA-calculated, current below cost of production price environment for agricultural commodities, “right-sizing” offers a promise of consequence-free cost-cutting. Agricultural and food production and distribution systems are becoming longer (e.g. the USDA approved in September program to export U.S. poultry to China for processing and U.S. importing) and food and agricultural technologies are becoming more complex and expensive, e.g. IATP reported nanotechnology enabled fertilizer. The failures of “right-sizing” more complex agricultural trade patterns and technology either will add costs to an imperiled U.S. agricultural economy and/or offload those costs on to consumers and the natural resource base of agriculture and food.