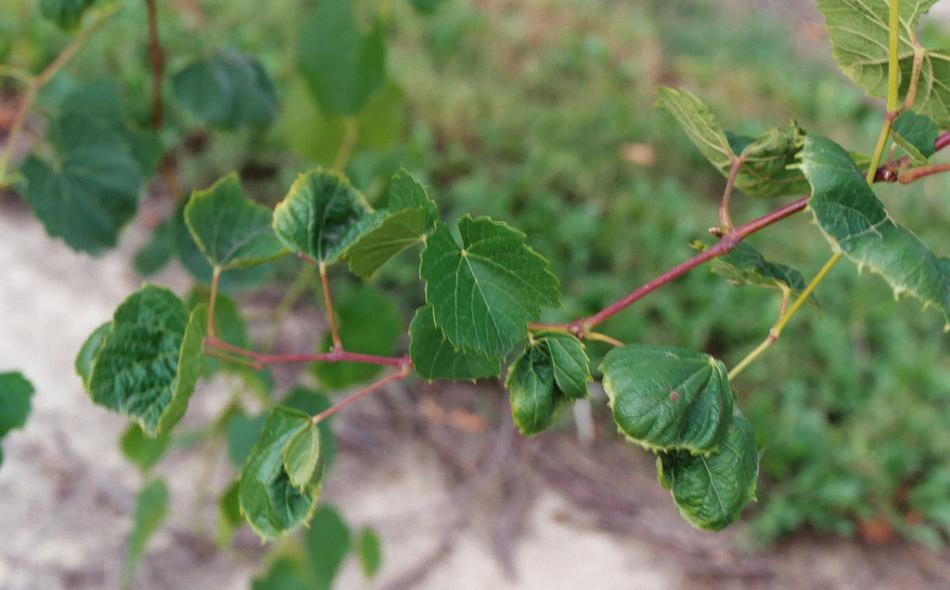 The American Farm Bureau organized letter on proposed new rules regulating genetically engineered (GE) crops is short, just two pages, with three pages of agribusiness signatories, 103 organizations. The authors don’t address the agency proposing a new rule—the U.S. Department of Agriculture’s Animal Plant and Health Inspection Service (APHIS). They instead write to USDA Secretary Sonny Perdue, the Biotechnology Industry Organization’s Governor of the Year in 2009, to voice their displeasure. They expect that he will instruct APHIS to redraft the rule, overturning a rulemaking process that began in 2008.

Secretary Perdue’s special assistant for deregulation, Rebeckah Adcock, previously worked for the Farm Bureau and Crop Life International, a pesticide industry lobby group, according to a lengthy New York Times article on Trump administration deregulation teams in each federal agency. For farmers, farm workers, rural communities and consumers, successful deregulation will result in greater damage to environmental and public health from more toxic and bio-persistent pesticides and herbicides that the GE crops are designed to survive.

The first page of the Farm Bureau led letter is full of praise for APHIS’ 30-year history of invariably approving the first generation of GE plants, mostly to make cotton, corn and soy resistant to herbicide that just happen to be produced by the biotech seed developer, or to engineer corn to produce a pesticide. (As detailed below, the synergy of GE seed technology and herbicides has resulted in millions of acres of glyphosate resistant super-weeds, and the use of yet more toxic and bio-persistent pesticides to try to kill them.) The second page is a list of recommendations to overhaul the rule that will apply to the new GE techniques for modifying plant traits, e.g. corn engineered to produce pharmaceuticals and industrial chemicals.

These recommendations, with a farmer face, are drawn from a 23-page comment from the Biotechnology Innovation Organization (formerly the Biotechnology Industry Organization now rebranded under the tag lines “Heal the world, Fuel the world, Feed the word”). The coordination between the Farm Bureau and BIO letters is impressive. The content of the letters, which argue to accelerate and broaden current deregulation procedures to keep pace with the promised waves of genome edited plants, is alarming.

IATP also wrote to APHIS about the proposed rule, but with little expectation that APHIS will change the rule to begin regulating GE plants. Part of this low expectation is informed by the USDA’s overall deregulation initiative, explained by Adcock, at a May 24 meeting at the Farm Foundation Forum. Adcock said (in the ca. first 18 minutes of a MP3 recording) that USDA would work to “get out of your way” in agribusiness, while adhering to the law and President Donald Trump’s executive order to eliminate two regulations for every new one issued.  (A coalition of NGOs have challenged this executive order in court, charging that it violates the Constitution and the Administrative Procedures Act, the main statutory basis for developing regulations.)

IATP opposed APHIS’ proposed “upfront risk assessment,” a paperwork review to determine whether a biotech product developer’s GE modification would produce a “noxious weed” or a plant pest, as defined by the Plant Protection Act (PPA). IATP urged APHIS to regulate GE plants using the entire definition of “noxious weed” in the PPA to include the “indirect injury” to farmers, farmworkers and rural communities that has resulted from the more than 100 million U.S. acres  and growing of super-weeds resistant to the pesticides and herbicides of the GE varieties.

The biotech companies’ “innovation” to combat super-weeds is yet more toxic herbicides, including dicamba. Dicamba drift has damaged non-dicamba resistant plants, leading one farmer to write to Arkansas plant health authorities, ““I feel that the need to plant a [dicamba resistant] technology to protect your crop from off-target [dicamba drift] movement is tantamount to extortion.” After at least 242 farmer complaints about crops ruined by dicamba drift, the Arkansas Plant Board voted 9 to 5 to ban dicamba use for 120 days. Missouri, the home state of Monsanto’s headquarters, has also banned dicamba use for the remainder of the 2017 growing season.

APHIS is not authorized to prevent forced purchase of dicamba resistant seed varieties by regulating how and where dicamba is used. However, APHIS could coordinate its regulation of GE crops with the Environmental Protection Agency’s regulation of pesticide products to prevent approval of products which, if used per company instructions, result in damage to dicamba non-resistant crops and forced purchase of dicamba resistant seeds.

IATP is alarmed that APHIS proposes to “generally not require data from outdoor plantings” for the GE crops that it’s “upfront risk assessment” determines to pose no risk of producing a noxious weed or plant pest. Field trial data, albeit classified as Confidential Business Information, had been used by U.S. agencies to verify product developer claims about GE plant traits and performance. We hope, but are not certain, that the proposed rule’s general exemption of field trial data in risk assessment will not be extended to plant genomes edited to produce pharmaceuticals and industry chemicals. IATP is a signatory to a Center for Food Safety drafted comment letter that stated “We urge USDA to strictly regulate GE crops that produce experimental pharmaceutical or industrial compounds, as USDA itself proposed to do over a decade ago.” There is no science that shows that such “pharma crops,” if developed in open pollinating plants, such as corn, can be kept out of the general food supply.

We hope, but are not certain, that the proposed rule’s general exemption of field trial data in risk assessment will not be extended to CRISPR genome editing to control agricultural pests by creating a genetic modification that is driven through a pest population by sexual reproduction. A public debate about gene drive based pest control is just beginning. IATP’s April 2016 comment to APHIS on its proposed options for an environmental impact assessment of gene edited crops, cited the following passage from a Nature editorial, “What is new is the advent of CRISPR . . . because it make gene drives much easier to create and could dramatically accelerate the timeline for a potential release—accidental or intentional [of a gene drive] . . . efforts to understand the ecological consequences of a gene drive should be made an urgent priority.” APHIS does not show, in the proposed rule, that it understands those consequences nor that it has a plan to prevent environmental damage that could result from releasing CRISPR edited gene drives into agricultural fields.

Without a mechanism to expedite the non-regulation of whole categories of organisms, BIO contends that biotech products will be caught in a “regulatory limbo,” that innovations will be stymied, investment decisions will be postponed, and sales of the new GE technologies, crops and their pesticides will be “lost” to foreign competitors. However, BIO’s 3,000+ members in more than 30 countries include global agribusinesses, such as Cargill, Dupont, Monsanto, Bayer etc. that benefit from deregulation everywhere they trade.

BIO (and the Farm Bureau) need not fear losing trade opportunities to too slow APHIS deregulation. As IATP noted in its comment, the U.S. Trade Representative announced in June that it would initiate trade disputes at the World Trade Organization for any barrier to trade that it determined not to be “science based.”  The U.S. Biotech Trade Alliance wrote to the USTR to propose new disciplines  for the renegotiation of the North American Free Trade Agreement, beyond those of the Transpacific Partnership Agreement (TPP), to expedite trade in products of biotechnology.

The Alliance revives an old BIO proposal that once a GE plant is deregulated in one jurisdiction in a trade agreement, it must be deregulated and accepted for import everywhere. So, for example, a CRISPR edited gene drive designed to kill corn rootworm in the Midwest must be accepted for import and use in Oaxaca, ecological consequences and other science-based differences be damned.

By now it is well understood that the Trump administration will break all the Trump campaign’s promises about opposing the TPP by seeking to adopt much of that agreement’s text in a renegotiated NAFTA. The APHIS proposed rule, which IATP characterized as consisting largely “of legal and policy reasons about why APHIS will not regulate GE organisms,” combined with trade rules to force the import of unregulated GE organisms, may globalize a new generation of GE crops through the same methods that the Arkansas farmer forced to buy dicamba resistant crops characterized as “tantamount to extortion.”