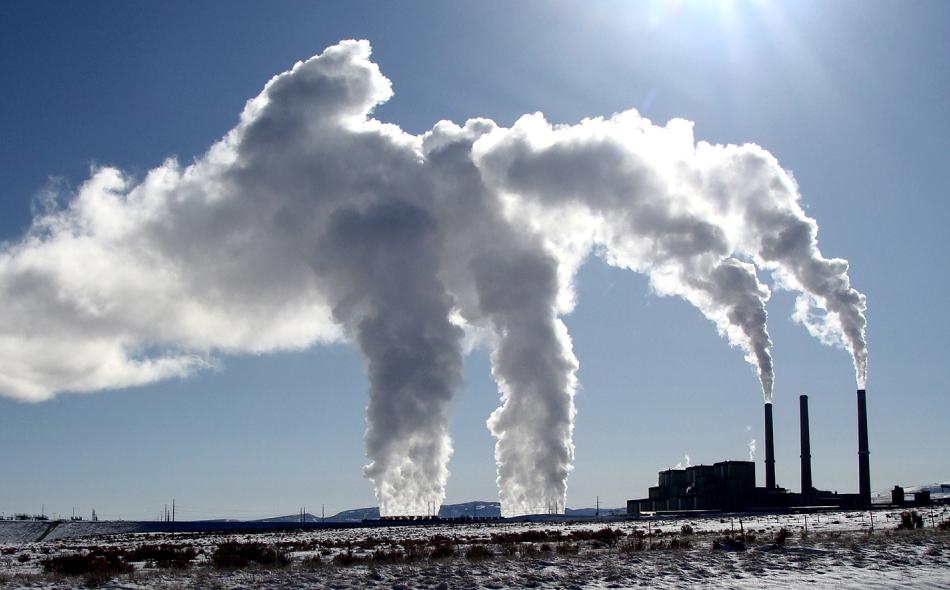 Climate change is already posing serious challenges for rural communities, which are deeply connected to natural resource-based economies like agriculture, forestry or fishing. Rural communities also stand to benefit from a new climate-friendly economy, particularly from the booming renewable energy sector. Yet, the Trump Administration has worked closely with the fossil fuel industry to throttle important efforts to slow and adapt to climate change. In fact, the Trump Administration’s policies and actions will increase greenhouse gas emissions, while simultaneously undermining the growth of the emerging renewable energy and climate-adaptive economy. The Trump Administration’s climate rollback is particularly harmful to rural communities.

During the presidential campaign, Trump notoriously called climate change “a hoax” and repeatedly promised to “cancel” U.S. involvement in the Paris climate agreement. IATP reported in 2017 on the close relationship between the fossil fuel industry and Environmental Protection Agency chief Scott Pruitt, as well as the former head of ExxonMobil and current Secretary of State Rex Tillerson.

So, it wasn’t a surprise in June when Trump announced his decision to pull the U.S. out of the Paris deal – a several-year withdrawal process that will take until November 2020. IATP sharply criticized the decision as a major setback for U.S. leadership on an issue that requires global cooperation. As the world’s second largest GHG emitter, and largest historical emitter, the U.S. has a special responsibility to act.

The Paris climate pull-out is linked to the Trump Administration’s efforts to kill the Clean Power Plan (discussed below). The U.S. Paris pledge was to reduce GHG emission levels by 26 percent from 2005 levels by 2025. The primary tool to reach that goal was the Clean Power Plan, which was designed to reduce emissions from polluting coal power plants and transition the country toward more clean, renewable energy—a transition that IATP reported could bring economic benefits to U.S. rural communities.

As one of his first acts in office, EPA Administrator Scott Pruitt followed the direction of President Trump’s executive order and began the process of dismantling the Clean Power Plan. IATP characterized the move as a setback for action on climate change, but more specifically for rural communities. The Clean Power Plan is the first regulation in the U.S. to limit carbon emissions from existing power plants, but the rule’s implementation had been stalled by lawsuits since February 2016. The Executive Order also revoked a requirement to factor climate change into environmental reviews, rescinded the Department of the Interior’s moratorium on new coal mining leases on federal lands, and tossed out the social cost of carbon in evaluating regulations. This is a disastrous setback for addressing climate change and for rural communities across the country that are beginning to benefit from the rapidly-developing clean energy economy.

The Trump Administration has repeatedly sided with the oil industry in approving pipelines that run through rural lands, including farmland, often in the Midwest. During his campaign, Trump promised to streamline the approval of the controversial Keystone XL pipeline, which transports tar sand oil from Alberta, Canada, through Montana, to Nebraska. The tar sands are considered among the most greenhouse gas-emitting forms of oil to extract and enormously damaging to the surrounding ecosystem.

President Obama had rejected the Keystone pipeline, citing its contribution to climate change. TransCanada, the owner of the pipeline, promptly sued the U.S. for $15 billion claiming that the rejection of the pipeline violated the North American Free Trade Agreement (NAFTA). Within days of assuming office, President Trump issued a memorandum inviting TransCanada to resubmit their permit application for Keystone. In March, Trump’s State Department approved the pipeline. Secretary of State Tillerson formerly served as CEO at ExxonMobil, one of the largest owners of the Canadian tar sands. In November, the Keystone pipeline leaked, spilling an estimated 210,000 gallons of oil near Amherst, South Dakota.

In support of another highly controversial pipeline, Trump signed another memo in January designed to make it easier for Energy Transfer Partners to complete the last leg of the Dakota Access pipeline. In February, the Trump Administration approved the pipeline. Election filings disclosed that Trump owned stock in Energy Transfer Partners. He has claimed to have sold all that stock, though no documentation has been provided. The Dakota Access pipeline has faced fierce opposition due to its path through North Dakota rural communities, including its passage below a lake that supplies water for the Standing Rock Sioux Reservation.

IATP raised alarms about the Trump Administration’s proposed cuts to rural programs that will be critical for responding to climate change and building rural resilience. The President’s budget request proposed to eliminate multiple Rural Cooperative Business Service Programs and slash the Rural Water and Waste Disposal Program, Single Family Housing Direct Loans, and Rural Utilities Service Broadband grants, among many other programs. The budget also proposed to cut $5.57 billion in conservation programs over 10 years. These programs support practices that protect the soil, water and wildlife – and are critical for farmers adapting to increasingly extreme weather events consistent with climate change. These cuts would eliminate new acres for the Conservation Reserve Program (a program that takes marginal farmland out of production) and new acres for the Conservation Stewardship Program (a program that promotes environmentally-friendly practices on working farmland).

Proposals from the Trump Administration’s so-called skinny budget announced in March, proposed to wipe out proven programs like the Appalachian Regional Commission and the Delta Regional Authority – both designed to spur development in some of the most economically depressed parts of the country, including the center of coal country. Trump’s budget also scrapped a program to accelerate coal mine clean-ups, a source of new job creation. Fortunately, Congress rejected many of these proposed cuts, but Trump’s proposals provide a clear indication of the Administration’s priorities for future budget negotiations.

Looking Forward from the Bottom-up

Throughout its first year in office, the Trump Administration has repeatedly and aggressively sought to undermine efforts to address climate change, going so far as to systematically remove the term from government websites. While Trump’s efforts to take a wrecking ball to climate policy have been enormously damaging, they have also galvanized state and local climate action around the country. Those efforts, more firmly rooted in local and regional experiences, could set a new path for a more bottom-up, socially and economically-inclusive climate policy for the future.