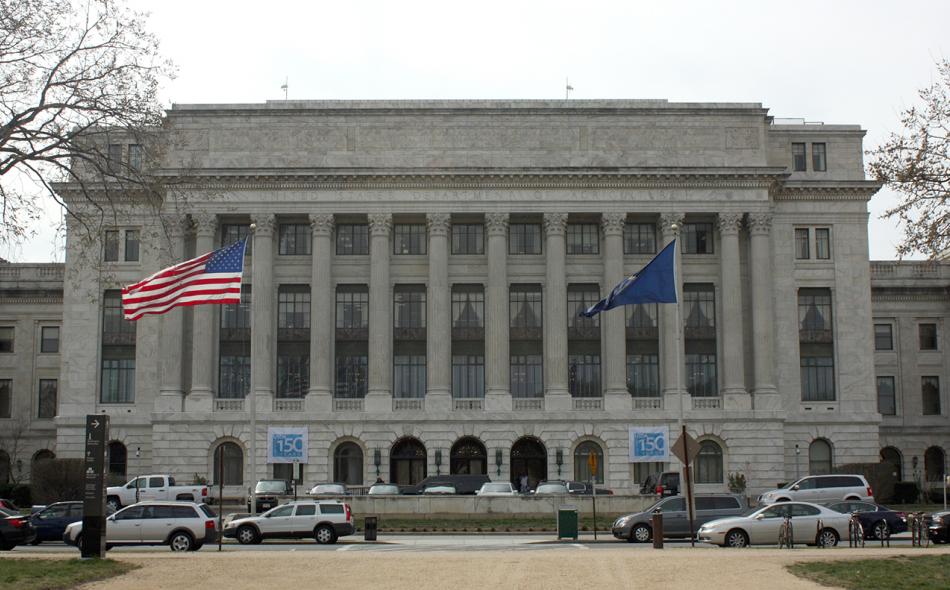 Apparently the obvious needs stating: The world in 2018 is not the same as in 1960, an era President Donald J. Trump recently proposed going back to with his shrunken budget and regulatory rollbacks. While nostalgia has a place in movies and romance novels, the times we live in demand more, much more. Even though we are finally climbing out of recession, income inequality in the U.S. is greater than at any time since the 1920s. We’ve just experienced three straight years of plunging farm incomes and rising farm debt while corporate control of agriculture has increased dramatically—making clear that new farm policies are overdue. The dramatic rise in extreme weather events and global warming requires building resilience in agriculture and rural communities and addressing climate change at home and internationally. Intensive use of agricultural chemicals and new technologies such as gene editing, nano-scale materials, and robotics demand new responses to protect public and worker health, food quality and safety, and natural resources. Risky financial instruments helped fuel the 2008 real estate crash and recession, and markets would still be running amok without the tightened regulation of Dodd-Frank. The recent run on Bitcoin presages the coming challenges; real life today was the stuff of science fiction in 1960.

The Administration’s response to these many challenges is worse than disappointing; it is downright dangerous. Indeed, we are witnessing a coordinated effort to disable and dismantle administrative agencies across government, with conflicts of interest from top to bottom; draconian budget cuts and mass layoffs and firings; reorganizations that subvert science and policy to industry priorities; a level of secrecy unprecedented in a modern democracy; and even instances of censorship.

Conflicts of Interest and Incompetence

Trump’s cabinet heads and other agency appointees are the most conflicted in modern history, often directly coming from the very industries their agencies are supposed to regulate, and compromised by wide-ranging financial entanglements, not all of which are public. Trump’s contempt for government runs deep; there was no transition plan at the Department of Agriculture, which was sorely needed. Political appointees include a truck driver, a landscape worker, and a scented candle business owner with campaign experience but a lack of requisite academic credentials including college degrees, or any expertise in farm and agriculture.

Trump’s proposed budget hit farmers and rural communities hard, slashing discretionary spending at the USDA by 21 percent, including cuts to rural development, farm loan programs, conservation initiatives, food safety assistance, research, and international food aid. Comparable cuts have also been proposed for the Food and Drug Administration (FDA), the Environmental Protection Agency (EPA), and the Occupational Health and Safety Administration (OHSA), among other agencies. While there has been Congressional pushback on some agriculture-related cuts, appropriations levels are still being negotiated and important farm programs remain under threat. In fact, President Trump has proposed an additional $18 billion in cuts for the last five months of the current fiscal year, compounding proposed reductions to foreign food aid, rural business loans and food safety programs. Meanwhile, the House of Representatives has acted quickly to slash EPA’s budget, which had already been cut 20 percent between 2010 and 2017 by the Republican-controlled Congress. Don’t expect states to make up the difference. The Trump budget proposes cutting grants to help states meet federal clean air and clean water laws by 44 percent—grants the Environmental Council of the States reports on average make up 27 percent of state environmental agency budgets.

Agencies haven’t waited for Congress and are slashing staff through layoffs, buyouts and oppressive policies that have convinced civil servants to leave. Nearly 2,000 USDA research jobs were left unfilled in 2017 due to Trump’s hiring freeze. EPA staff levels are now down to pre-Reagan era levels; a ProPublica investigation reports that more than 700 EPA employees took buyouts and early retirements by September 2017. As of December, EPA had lost about 200 scientists, 96 environmental protection specialists and nine department directors, many of whom won’t be replaced. At the Interior Department, senior officials left after being retaliated against when raising concerns about the agency’s policy direction. Funding cuts have already decimated staff at two small, but critical, agencies established by the Dodd-Frank reforms to collect data, including stress tests for banks, and to monitor and promote stability in the financial markets. Debt-laden farmers and struggling rural communities are especially vulnerable should these cutbacks lead to a return of the reckless financial excesses of the past decade. Mass retirements by the nation’s senior diplomats caused Senators John McCain (R-AZ) and Jeanne Shaheen (D-NH) to write in alarm, “America’s diplomatic power is being weakened internally as complex global crises are growing externally.”

Industry Priorities Promoted at the Expense of the Public Interest

Under the guise of reorganization and improving the delivery of services, key agencies are implementing a reorganization that hurts rural communities even before the public comment period closed, including the elimination of the undersecretary for rural development. Other changes would move food safety work to a new trade office run by the former head of the giant animal-drug company Elanco; sidelining a program that establishes dietary guidelines; and promoting conflicts of interest by moving the Grain Inspection, Packers, and Stockyards Administration, which is tasked with addressing antitrust and competition in the livestock industry, into the USDA’s marketing service.

Subverting Science and Operating in Secret

Systematic attacks on science and scientists are being carried out throughout government. A Union of Concerned Scientists report found that the Trump administration has weakened federal scientific advisory committees, appointed conflicted individuals to scientific leadership positions and created a hostile environment for scientific staff. Rather than a return to the 1960s, an era of scientific exploration and inquiry, the Trump model seems to be George Orwell’s vision of 1984. To this end, the scientific content of federal agency webpages, including those of the EPA, State Department and Department of Energy, has been altered or deleted, and public access to scientific data and information has been limited. A new report by the Environmental Data and Governance Initiative finds that mentions of climate change have been systematically removed, altered or played down on websites across the federal government. The FDA’s Center for Disease Control even issued a list of words staff should avoid in budget submissions – including the term “evidence-based.”

The level of secrecy of this Administration is extraordinary, with cabinet secretaries refusing to release basic information about schedules and meetings including public appearances; public members of advisory commissions forced to go to court to obtain agendas and working documents; and freedom of information requests for public documents returning reams of blacked out pages.

The Trump Administration’s attacks on government are also attacks on the very basis of our democracy, which depends on openness and a shared belief that government is not a tool of elites and the largest corporations, but necessary for the public good. In the space of a single year in office, Trump’s censorship, secrecy, conflicts of interest and disregard for science and democracy are already undermining the competence and capacity of federal and state agencies to respond to a myriad of complex problems and plan for emerging issues. It is incumbent on all of us to push back on all fronts—through dialogue with neighbors we may disagree with, by speaking up and supporting whistleblowers, by resorting to the courts if need be; otherwise, the damage could be irreversible.