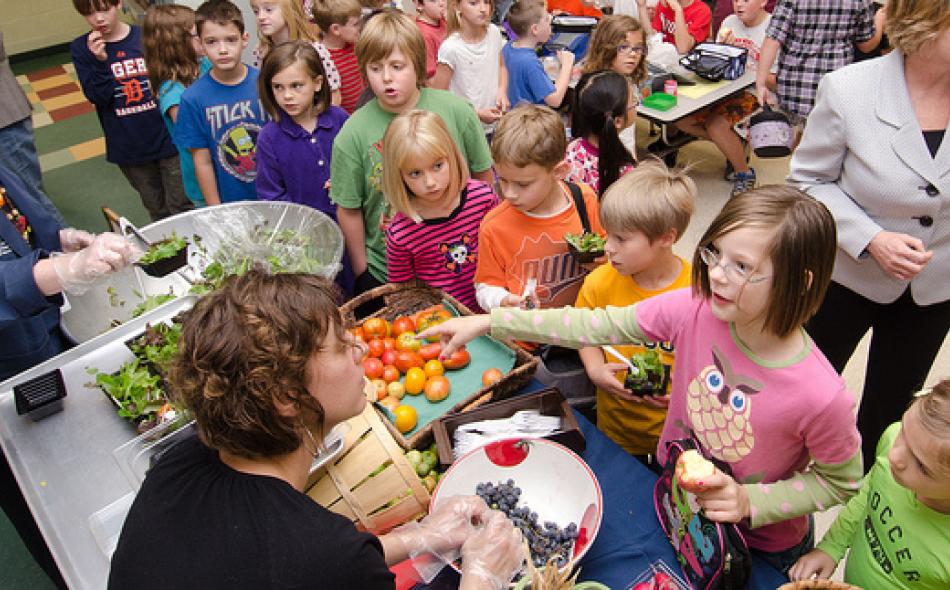 MINNEAPOLIS – Schools serving over 558,000 students—or more than 68 percent of the state’s K-12 student population—are now engaged in Farm to School according to a pair of surveys released today by the Institute for Agriculture and Trade Policy (IATP) and the Minnesota School Nutrition Association (MSNA). Farm to School efforts make locally grown vegetables, fruits and other healthy choices an integral part of school meals while creating new opportunities for family farmers.

The surveys gathered feedback from school food service leaders and local farmers, and serve as a snapshot of Farm to School from both perspectives. Participation in Farm to School has risen from fewer than 20 districts in 2006 to 145 in 2011. IATP estimates that $1.3 million of Farm to School foods were purchased by Minnesota school districts last year alone.

“The numbers speak for themselves,” says IATP’s Local Foods Program Director, JoAnne Berkenkamp. “As they continue to grow, so do Farm to School’s benefits: more students eating fresh, healthy foods, more farmers selling to nearby schools, and more of our food dollar circulating in the local economy.”

“Not only is Farm to School important from the standpoint of improving the diets of Minnesota’s students, the program has become increasingly important to Minnesota’s family farmers,” says Dave Frederickson, Minnesota’s commissioner of agriculture. “I see those dual benefits continuing to increase into the future.”

Farmers cite their desire to educate children, increase access to locally grown food, build community relationships, and diversify their markets as key reasons for supporting Farm to School. Doug Peterson, president of the Minnesota Farmers Union, goes on to say that “All members of a community benefit from healthy food and a healthy local economy. Educating students about where food comes from and how it is grown should be a goal of all schools in Minnesota.”

“What our students eat directly affects their ability to perform in the classroom,” says MSNA President Allison Bradford. “Efforts by Minnesota schools and producers to work together and put farm-fresh foods on lunch trays around the state are helping MSNA fulfill its vision of making quality, nutritious foods available to all students as an integral part of their education.”

Looking ahead, 99 percent of participating school districts say they plan to either continue their Farm to School activities at a similar level or expand them, pointing to continued growth and enthusiasm for Farm to School.

Read Farm to School In Minnesota: Fourth Annual Survey of School Food Service Leaders.
Read Grower Perspectives on Farm to School: A Survey of Interested Farmers, Ranchers and Other Producers.

Full survey results and a list of participating school districts is available online at www.iatp.org. Read more about IATP’s Farm to School efforts at www.farm2schoolmn.org.