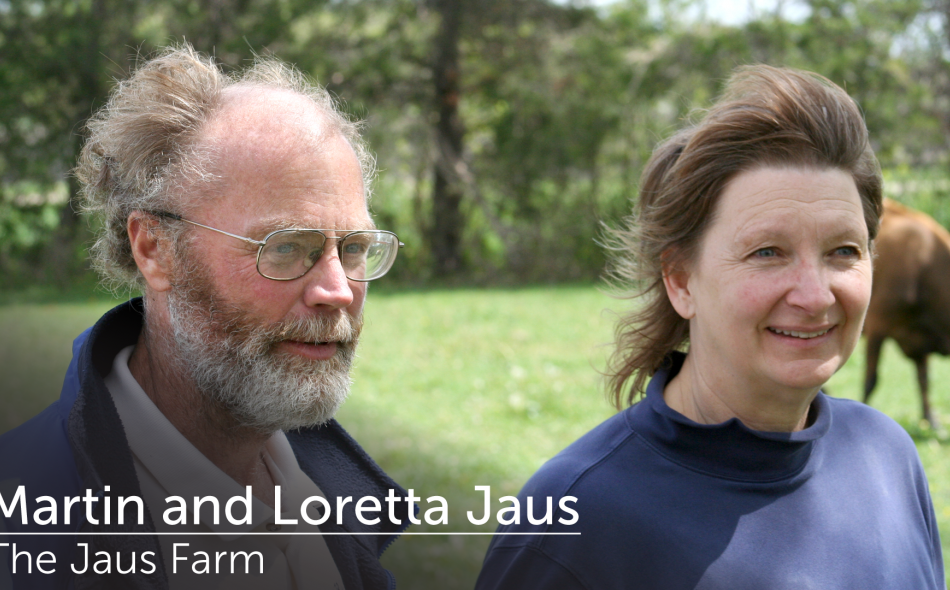 “I think we came in April and it was within a month or two when all the ground was still bare and black and we had one of those two- or three-day blows and I had drifts of soil on my window sills and I'm thinking ‘Hmmm this isn't good.’ That was probably what sparked us to start making some of the changes we did.”

That’s Loretta Jaus speaking about the extreme soil erosion she and her husband faced on their farm due, in part, to modern tiling practices that replaced the region’s prairies and wetlands with more dry, tillable soil.

Part two of our “Climate change, agriculture and resilience” series features the Minnesota organic dairy farm of Martin and Loretta Jaus who farm the same 410 acres that Martin’s great grandfather homesteaded in 1877. In order to combat the eroding soil, and remain more resilient in the increasing incidences of drought and flood, Martin and Loretta have worked to increase their farm’s biodiversity. From the video:

They improved and expanded a pasture made up of deep-rooted perennials that could better access soil moisture during dry spells and serve as a sponge when it rains. They put in shelter belts of trees and they restored a marsh and a pond. Not only did these measures decrease erosion but the Jaus's found that their farm became more resilient as well, both in times to drought and wet weather.

Watch the video, or check out the rest of the series: