Trade above all: the draft food safety chapter of TTIP 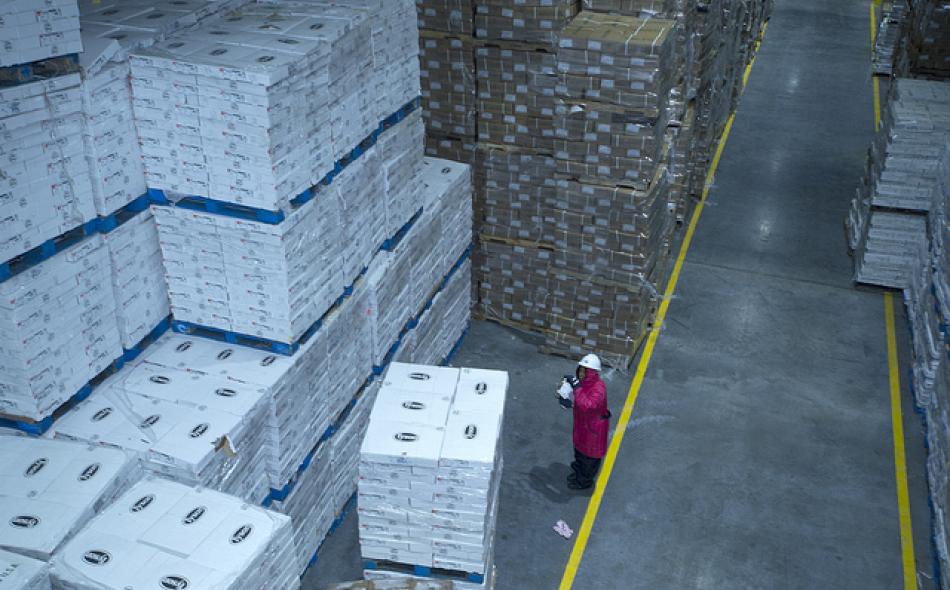 A food safety inspector examines a shipment of imported frozen meat at the Port of New Orleans.

Trade policy negotiations, such as those for the Transatlantic Trade and Investment Partnership (TTIP), are conducted largely as if they were private business deals. Despite many public interest issues that are subject to “least trade-restrictive” criteria in the TTIP and other so-called Free Trade Agreements, access to draft negotiating texts is restricted to negotiators and their security-cleared advisors, overwhelmingly corporate lobbyists. About 85 percent of 566 advisors to the U.S. Trade Representative (USTR) come from various industry sectors.

Trade negotiations texts are exempted from public disclosure otherwise required under the U.S. Freedom of Information Act by presidential Executive Order 13526, which can be rescinded by President Barack Obama. U.S. NGOs, including IATP, have repeatedly urged the USTR to end trade policy transparency exemptions. IATP was among 250 non-governmental organizations to sign a May 19 letter to the EC’s director of trade demanding the EC release for public comment draft negotiating texts and related documents.

Consultations and “listening sessions,” held by the USTR and the European Commission (EC), offer a very occasional opportunity for public comment on the general issues under negotiation, not on draft negotiating texts. The great majority of EC trade negotiator meetings with “stakeholders” are with industry representatives, 92 percent according to a July 8 Corporate Europe Observatory analysis. Agri-business representatives meet most frequently with EC officials.

Assurances by negotiators that TTIP will not reduce food safety, animal health, plant health or environment regulatory protections have not allayed public concern that the negotiating texts will lead to a weakening of those protections. Partly because the texts remain restricted to negotiators and their corporate advisors, the concern has grown to anxiety. Indeed, as my analysis of an IATP leaked EC draft proposal for a TTIP chapter on trade related Sanitary and Phytosanitary (SPS) issues reports, the U.S. Food and Drug Administration (FDA) is likewise anxious about the terms of the leaked chapter.

The FDA reportedly is trying to remove the SPS regulatory cooperation and standards harmonization provisions from the draft leaked chapter. It is not fanciful to think that the FDA shares public concern that the numerous “least trade restrictive” provisos in the draft EC proposed SPS chapter will prevail over specific FDA regulations to protect consumer health, animal health and plant health.

It is important not to overstate what we now know on the basis of the draft SPS chapter, and not only because it is just a draft, and not only because it is a text proposed by the EC and not a joint EC/USTR draft. The draft refers to nine annexes, yet to be agreed, that have not been leaked and that are crucial to the content of the chapter and any eventual implementation of it.

Among the issues referred to in the  annexes are TTIP administrative matters, specific animal diseases about which TTIP member governments may request “additional guarantees” of disease health status prior to import, guidelines for checking paperwork on import consignments, and rules for auditing the certification of food processing and distribution facilities as qualified to export or import.

The EC proposed chapter poses some challenges for U.S. negotiators, food processors and agribusiness companies. Article 4 requires that TTIP member governments “shall avail themselves of the necessary resources to effectively implement this Chapter.” But the Republican-controlled House of Representatives has rejected Obama administration budget proposals to implement the Food Safety Modernization Act (FSMA), signed by President Obama in January 2011. Furthermore, the food processing industry, led by the Grocery Manufacturers Association, has repeatedly refused to pay for a food facilities inspection fee. Currently, the U.S. could not comply with Article 4 because it can neither “avail” itself of public or private resources sufficient to “effectively implement” the chapter.

Facilities inspection and certification is a core element of the TTIP approach to import food safety. According to the draft text, recognition of SPS systems as “equivalent” by TTIP member governments will occur “without a need for individual re-inspection [of products] or other additional guarantees” (Article 9, paragraph 1) (emphasis added). Because SPS equivalence can be granted in the absence of any evidence of port of entry food product inspection and testing, verification of equivalence by facilities inspection and certification is what stands legally between the consumer and contaminated food.  The FDA port of entry inspection rates is a small fraction of that mandated under EU law, so relying on food facilities inspection as the last line of defense from food product contamination will put EU consumers in a buyer beware situation.

But what is the food safety value of a food facilities inspection and certification program that is not funded sufficiently to be implemented and enforced? The anti-tax dogma both in the U.S. food industry and the Republican Party majority in the House of Representatives could make Article 4 on implementation resources a paper tiger. Would failure to fund FDA and other agencies with food safety, animal health and plant health obligations constitute a violation of this provision on effective implementation, presumably including enforcement, of the terms of the draft chapter? What would the penalty be for such a violation, particularly if failure to enforce resulted in a TTIP mediated foodborne illness outbreak? The TTIP draft text does not give an indication of how governments would respond to such questions.

Unfortunately for consumers, the terms of the draft chapter do not mention specific concerns, such as the non-therapeutic abuse of antibiotics in animal feed; the use of chemical rinses to disinfect poultry exports that are inspected at very high speed by poultry plant employees; or the mandatory labeling of food products containing genetically modified organisms. Trade policy language renders such concrete concerns into abstract language that is often opaque.

TTIP Parties must ensure that SPS “measures” (laws, regulations, implementation measures, even court rulings) provide the “appropriate level of protection” for human, animal and plant health, as determined by governments. However, Parties must be able to demonstrate “objectively” that such measures are “necessary” to achieve the “appropriate level of protection” and yet also be “least trade-restrictive.” These requirements place a very steep burden of proof on prospective TTIP government regulators, who already are under constant lobby pressure and the pressure of corporate-sponsored science subject to Confidential Business Claims (i.e., “sound science”) that impede peer-reviewed scientific review.

The leaking and analysis of a draft and incomplete TTIP chapter, as proposed by one TTIP Party, is only the beginning of one public interest initiative to open up the TTIP negotiating process to substantive public dialogue. The opportunity for the non-corporate public to influence the terms of the trade policy that affects their lives begins with timely and full disclosure of the draft negotiating texts and preparatory documents.

It is crucial for democracies to take advantage of such opportunities before the final TTIP agreement is presented as a done deal to legislatures for a yes or no vote with no possibility of amendment, as has been the case for past U.S. trade agreements under Trade Promotion Authority. The importance of timely debate about draft negotiations texts is all the greater when one considers that under the Investor State Dispute Settlement proposed for TTIP, a private tribunal of three trade lawyers could overturn domestic laws, including SPS measures that the tribunal determined to conflict with TTIP obligations to U.S. and EU investors. If governments continue to withhold draft negotiating texts from the public, then analysis of leaked drafts is one means to protect some measure of democracy in trade policy.