How Minnesota should consider climate change and approval of factory farms 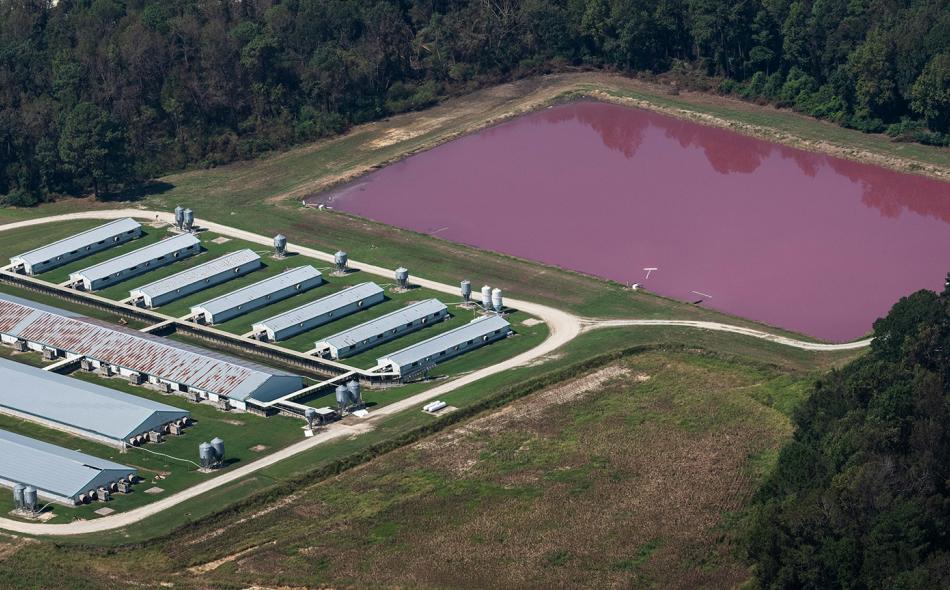 Minnesota is off-track to meet its greenhouse gas (GHG) reduction goals set in the 2007 Next Generation Energy Act. An important process for reviewing new projects could help put Minnesota back on track, and the state wants your input by April 9.

Using 2005 emissions as a baseline, the Next Generation Energy Act set a target to reduce emissions by 15% by 2015, 30% by 2025 and ultimately 80% by 2050. Minnesota did not meet the 2015 target and is well behind meeting the 2025 target. Since 2005, Minnesota’s emissions have only reduced 8%, but emissions since 2016 actually have been increasing. While most other sectors, like electricity, are reducing emissions, agriculture and forestry emissions (the state combines the two) are flat and in recent years have risen. Agriculture is responsible for nearly one-quarter of the state’s emissions and is the highest source in the state of two potent GHGs, methane and nitrous oxide. Since 2005, methane emissions from animal agriculture have increased 15% in the state, and nitrous oxide emissions related to both manure and synthetic fertilizer use have increased 12%. Much of that increase in emissions is linked to the state’s continued approval of permits for new and expanding factory farm feedlots.

Previously, Minnesota has not included climate change within its Environmental Review program, which approves permits for major new or expanding projects including feedlots. Now, for the first time, the state is developing rules for how proposed projects will consider climate change within the environmental review process, including estimating emissions, how it will reduce emissions and measures to adapt to future climate-related events.

The state’s Environmental Quality Board (EQB) is seeking public input on how it will incorporate climate into its Environmental Review program. It is critical that the state gets this right and includes a full accounting of climate impacts, considers alternative animal production systems like managed grazing, and incorporates adaptive strategies for the rising number of climate-related events the state will experience.

Over the last several decades, Minnesota has seen significant losses in the number of pork, dairy and beef producers — even as the number of animals has increased. For example, in the latest USDA Agriculture Census, Minnesota lost 130 hog producers from 2012 to 2017, but the annual number of hogs produced in the state grew by 850,000. The state lost 16% of its dairy farms from 2016-2019, while dairy herd size grew 16% over the same period, according to the Minnesota Department of Agriculture (MDA). The shift toward large-scale confined operations has steadily reduced the number of farmers, while taking animals off pasture. Since 2012, Minnesota experienced a 27% loss of pasture land.

The U.S. Environmental Protection Agency (EPA)’s latest Greenhouse Gas Inventory documents this trend nationally. The EPA reported that methane emissions from manure management has risen 68% since 1990. The agency concluded that, “The majority of this increase is due to swine and dairy cow manure, where emissions increased 49 and 119 percent, respectively.” The EPA goes on to explain, “The shift toward larger dairy cattle and swine facilities since 1990 has translated into an increasing use of liquid manure management systems, which have higher potential CH4 (methane) emissions than dry systems.”

What is the Environmental Review Program?

The Environmental Review program is an information-gathering process for the appropriate governmental entity (local government, state agency) that aids in the decision to approve a project or not. The review is not a regulatory process. Yet, getting the right information from the project developer is essential for agencies with regulatory oversight, the public and community members who live or work near the proposed project.

What is Minnesota Proposing?

The EQB is made up of nine state agency heads and eight public members and is responsible for overseeing the Environmental Review Program for proposed public and private projects that may significantly affect the environment.

In 2020, the EQB began a process to incorporate climate within its environmental review process, holding several public hearings. The result is a December 2020 draft report, which makes nine recommendations on how to include climate within Environmental Review, including how to quantify expected GHG emissions, how the project might report on mitigating those emissions, the climate risk associated with the project, and how the project will adapt to expected climate impacts.

Getting full and complete information on proposed new or expanding factory farm feedlots is critical to assessing their GHG emissions. The EQB is requesting public input on their proposals. Based on the EQB’s initial report, here are some key issues you could weigh in on during the public input process:

When it comes to assessing new feedlots, it is important that all emissions be counted. Some assessments only include emissions from the animal, manure storage and manure application as fertilizer. But other sources of emissions should also be included, such as emissions linked to feed production (including fertilizer use), energy and fuel use on the farm and in feed production (if produced off the farm), and any land use change that occurs as a result of the project. This full assessment should be included for any project required to do an EAW.

Each project developer should explain clearly how it will mitigate the emissions cited above. In proposed feedlot projects, pasture-based systems that emit fewer GHGs should be considered as an alternative. While the EQB proposes the purchase of renewable energy offsets, we believe the operation should be directly responsible for reducing the project’s direct emissions and shouldn’t escape that responsibility through offsets. The project developer should be required to list out all possible mitigation strategies that were considered and explain what was chosen and why.

Climate risks to the project, the surrounding community and the environment

The MPCA reports that the climate crisis will affect the state in a number of ways: warmer winters, shifts in growing seasons, more severe rainfalls, more flooding and longer dry spells. These changes are already affecting the state’s infrastructure, including large-scale animal agriculture operations where giant manure storage facilities are vulnerable to extreme weather events. The EQB report requests that project developers assess predicted climate-related impacts for their region and lay out an adaptation strategy for the project. For feedlots, these adaptation strategies need to pay special attention to the climate risks associated with manure storage and spread.

Some Minnesota farmers are using alternative systems of animal production that emit fewer GHGs, including pasture-based grazing systems. A Department of Agriculture report assessed 22 different practices to reduce GHGs on the farm and estimated the emissions reductions, including state programs to support those practices (there are also complementary federal Farm Bill conservation programs).

The EQB report does not provide enough clarity on how Minnesota’s state climate goals spelled out in the Next Generation Energy Act should be considered within a project. More guidance is needed. Each new or expanding feedlot project will increase the state’s GHG emissions. It is important that state agencies have the information they need to get the state back on track, including whether there is a threshold of emissions from proposed projects that should spur an Environmental Impact Statement.

How You Can Engage

In the immediate term, the EQB is accepting written comments on its report through April 9. It will be holding its first public forum on its recommendations on March 17. The EQB is also offering the public an opportunity to take a survey and/or to request a one-on-one meeting. All details can be found here: www.eqb.state.mn.us/content/climate-change-and-environmental-review.

The EQB will consider and respond to comments, revise its proposal and submit to the full board this Summer for consideration.

View and download your own copy of the fact sheet in PDF form.