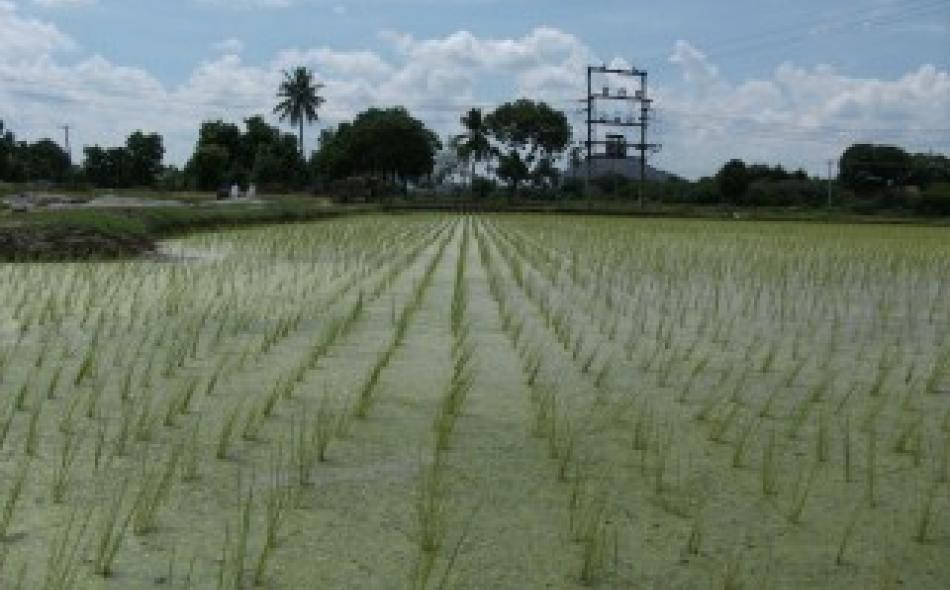 Sustainable Rice Intensification (SRI) is an example of agroecology: plants are carefully planted well-spaced from their neighbors, and minimal water is used with organic matter as base fertilization.

For those who see agroecological approaches as necessary for achieving the food, health, and environmental targets of post 2015 agenda, agroecology is not only central to maintaining ecosystem integrity, but also to realizing food sovereignty of those involved in food production and consumption.

IATP's new report, Scaling up Agroecology: Toward the Realization of the Right to Food, begins from five principles of agroecology, presents examples of practices that could be used to implement that approach. We also developed a set of ecological as well as socioeconomic indicators of success, and mutually supportive national and international policies that would be needed for that approach to flourish.

In this report, we explore how sustainable intensification (which relies on GMOs and intensive use of technology and agrochemicals) is fundamentally different from an agroecological approach because of the latter’s roots in the political economical critique of modern agricultural systems and a holistic ecosystem analysis.

Governments, foundations, and civil society all seem to agree on the need to invest in small farmers, a recognition that they (rather than industrial agriculture) feed majority of the poor people, and that we need to explore the ways in which to support them. In the final agreement on the U.N. Food and Agriculture Organization’s (FAO) Investment in Smallholder Agriculture (a year-long process that involved civil society and governments), governments seem to recognize both approaches, sustainable intensification and agroecological approaches, as possible ways forward. But this may be misplaced.

Proponents of sustainable intensification often say (when supporting the use of both organic and GM technologies) that “no single technology is a silver bullet.” However, as a science based approach to growing food, feed and fuel that is rooted in farmers, experiences, agroecology is closest thing we have when it comes to enhancing soil biotic activity and ensuring that the soil is in the best condition to respond to nutritional needs. Moreover, agroecology enables us to be climate resilient, reduce our fossil fuel dependency, and reduce the environmental—carbon, water and biodiversity—footprints of agriculture.

Even when they are convinced that agroecological approaches are the way forward, governments, funders and policy makers are challenged by the question of how to move forward. This report is an attempt to address these questions: it identifies a set of indicators to help assess whether the policy initiatives we undertake will indeed contribute to scaling up agroecology.

This document was prepared by IATP based on consultations with a number of partner organizations and individuals involved in advancing agroecology around the world, including Grassroots International, International Development Exchange, Focus on the Global South, More and Better, and Third World Network and was further refined on the basis of workshops and consultations with partners in Mexico, Brazil and South Africa in Fall 2013. We've shared it with allies, governments and international agencies during the recently concluded meeting of the Committee on World Food Security (CFS) in Rome.