Local governments could be required to abandon buy-local requirements 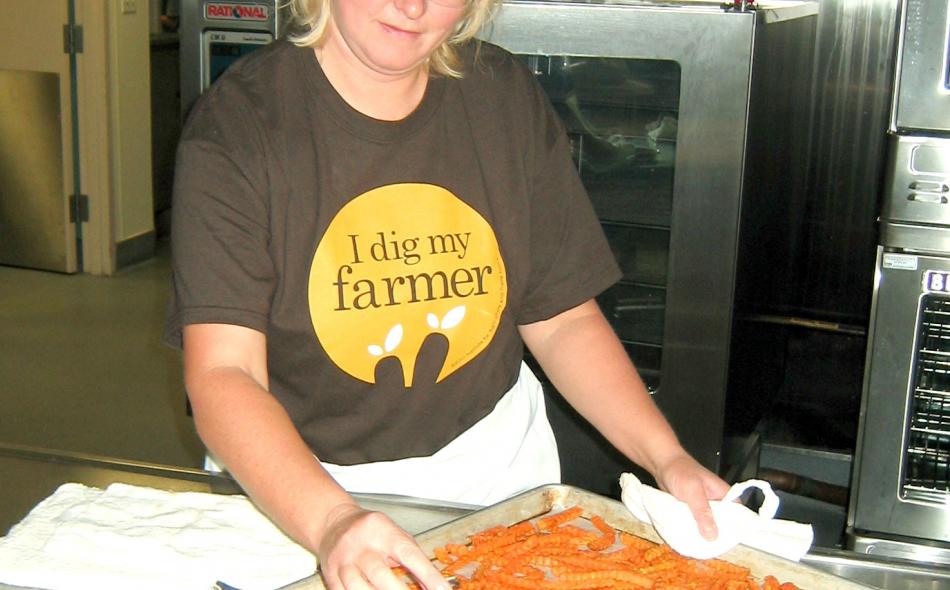 The proposed Transatlantic Trade and Investment Partnership (TTIP) between the U.S. and the European Union has been negotiated in secret – preventing the public from knowing what exactly is on the negotiating table. In May, TTIP text was leaked by Greenpeace Netherlands. The leaked text provides a snapshot of the status of the talks. Review of the leaked TTIP text—U.S. and EU proposals along with an EU “Tactical State of Play” document— provides important insights into the direction of the trade talks, and raises alarm bells for advocates of fair and sustainable food and farming systems. This is part two in a five part series.

One of the EU’s key offensive interests in the trade talks has been to open U.S. public procurement programs at all levels of government to bids by EU firms, removing policies that support local employment, local content or portions of contracts set aside for small businesses. While many states have agreed to those kinds of commitments in previous trade deals (although the number has dwindled in recent agreements), this could mean an unprecedented expansion to municipal and county governments and agencies. As indicated in the Tactical State of Play document, so far, the U.S. has been cool to proposals to commit local governments on procurement. Exactly which state or local governments or institutions would agree to those commitments would be indicated in an annex to the Procurement chapter text. That annex was not leaked, and probably doesn’t yet exist.

In addition to bracketed language in Article X.4.3 that would “immediately and unconditionally” cover both national and local government goods, services and suppliers, the EU is advancing a bold new “flow down” proposal, which would broadly cover local entities. In paragraph 4 of Article X.2 on Scope and Coverage, projects that are more than 50 percent funded or covered by national or local governments that have signed on to TTIP, but are not otherwise directly covered in the text, would be required to follow the rules those agencies have agreed to. This provision appears to be a catch-all that would sweep within its ambit not only state and local government projects but also nonprofit enterprises, utility districts, universities, hospitals and potentially state Medicaid contracts (“project” is not defined in the text, but services are covered). For example, since Medicaid provides medical transportation services to clients, these contracts would be covered by the procurement disciplines if funded more than 50 percent by a covered federal agency.

We do not know the U.S. position on this flow down proposal. However, if the TPP is the model for the U.S. position in the TTIP negotiations, that agreement excludes state and local procurement from the disciplines of the procurement chapter (with the proviso that negotiations to include sub-central procurement must commence within three years) and did not include provisions that would indirectly bind federally-funded projects. TPP Annex 15-A in Section A, Note 1 exempts USDA funded “procurement of any agricultural good made in furtherance of an agriculture support program or a human feeding program,” which protects many Farm to School local procurement programs.

The leaked TTIP text goes further than the TPP in restricting local development preferences, known as “offsets.”  It appears that EU and U.S. negotiators have agreed to a definition of “offset” in Article X.1(o) which is more expansive than that in the TPP. The TTIP text defines offsets as “any condition or undertaking that encourages local development or improves a Party’s balance-of-payments accounts, such as the use of domestic content, the licensing of technology, investment, countertrade and similar action or requirement.”  In contrast, the TPP definition limits the application of this prohibition to a “condition or undertaking that requires the use of domestic content” [emphasis added].

EU negotiators have previously made known their interest in negating in TTIP longstanding U.S. procurement policy that provide for set-asides or preferences for small businesses. The U.S. maintained those preferences in the TPP with language that exempts “any set-aside on behalf of a small- or minority-owned business” including “any form of preference, such as the exclusive right to provide a good or service, or any price preference” from the procurement rules. The TTIP leak did not include any similar protections. However, annexes and schedules of commitments and exclusions, while referenced, were not leaked.

The expansion of commitments on public procurements is one of the EU’s main offensive interests in TTIP. Whether or not the U.S. agrees to that idea will likely be left until the “end game” of the talks, when the most contentious issues are traded away.