New Zealand's proposed Zero Carbon Act would be one of the first globally to set greenhouse gas (GHG) emission reductions targets for agriculture, including dairy production. New Zealand’s agriculture is responsible for 48 percent of the country’s GHGs, and the dairy industry is linked to nearly half of those emissions. As countries develop new policies to meet their Paris climate commitments, New Zealand’s approach on agriculture will be watched closely.

The New Zealand climate bill follows massive student protests in the country demanding climate action in March and then again in May. New Zealand has been hit particularly hard in recent years by a series of extreme weather events, including an unprecedented heat wave, cyclones and flooding. In a report issued by the government earlier this year, scientists concluded that “Changes to our climate are already being felt in our land, freshwater, and marine environments. We can expect further wide-ranging consequences for our culture, economy, infrastructure, coasts, and native species.”

The Zero Carbon Act is now before New Zealand’s Parliament with a vote expected later this year. While governments have been churning out new climate-related policies targeting the energy sector, policies to slash agriculture emissions have been rare. California is one of the few other governments with mandatory emission reductions for agriculture, requiring big dairies to reduce emissions by 40 percent below 1990 levels by 2030.

New Zealand’s Zero Carbon Plan proposes to reduce methane emissions from dairy and sheep by 10 percent below 2017 levels by 2030, by 24-50 percent by 2050 (there will be an assessment every five years to more precisely set the 2050 goal), coupled with a net zero target for nitrous oxide emissions related to synthetic fertilizer. Overall, the New Zealand agriculture sector is required to cut GHG emissions by 43-60 percent by 2050.

New Zealand’s GHG emissions rose sharply in 2017 and have grown 23 percent since 1990. In agriculture, New Zealand’s expanding dairy industry, led by global giant Fonterra (which controls more than 80 percent of the country’s milk production), is under the microscope. Aside from GHG emissions, the industry is facing heavy criticism for its role in polluting rivers and streams in New Zealand—an estimated two-thirds of waterways are unswimmable. Despite these concerns, there are no signs of a slowdown in dairy expansion. The USDA’s Foreign Agriculture Service reported that New Zealand produced a record 22.01 million metric tons of milk from 4.99 million cows during 2018; up two percent from 2017. New Zealand alone produces 68 percent of global whole milk powder exports.

New Zealand does have a carbon market emissions trading scheme (ETS), although agriculture emissions are currently exempt and agriculture-related offsets are not part of the scheme (although forestry offsets are). The New Zealand ETS is seen as a case study for poor design, as emissions have continued to increase due to low carbon credit prices and the use of questionable, and possibly fraudulent, overseas credits to meet national climate goals. Efforts are underway to improve the scheme including price control measures.

The student activists and Greenpeace New Zealand criticized the Zero Carbon Bill for not including an enforcement mechanism if goals are not met and watering down tougher proposed methane reduction goals associated with the dairy industry. Greenpeace is calling for reducing dairy cow numbers and a ban on synthetic nitrogen fertilizer.

New Zealand farm groups like Federated Farmers and DairyNZ supported government action on climate and the new policy generally, but criticized the methane reduction target. On the 2030 target, DairyNZ said, “Although this target will be a challenge for the agricultural sector, we will make every effort to get there as we acknowledge we need to all move in the same direction….To achieve the 2030 target we need farmers to have access to emissions estimation tools and support to use these tools, and expert advice about farm management changes best suited to their farm and system.”

Federated Farmers was more skeptical about reaching the 2030 methane targets: “The only significant option currently available to New Zealand livestock farmers to reduce methane emissions is retrenchment—to feed less to their animals.…Targets by companies such as Fonterra and Synlait to reduce emissions per kilogram of milk solids by a further 30 percent should not be confused with the still elusive but laudable goal of reducing gross methane emissions per farm without winding the industry down.”

Last year, IATP’s Emissions Impossible analyzed the GHG emissions of the world’s largest meat and dairy companies, finding that Fonterra was responsible for 41 megatons (carbon dioxide equivalent) of GHGs emitted per year, ranking it the fifth highest emitter in the report. The EI report also analyzed company-level climate commitments. While Fonterra has pledged to reduce its net GHG emissions by 30 percent (from 2015 levels) by 2030 and to be net zero by 2050, the company also plans to increase its production by 40 percent in ten years (2015–2025). The company claims that it will make this growth “carbon neutral” through reductions in on-farm “emissions intensity” (reducing emissions per kilo of milk produced), without providing specifics on how such reductions will occur. Fonterra is calling for agriculture to be included within the country’s ETS.

While reductions in dairy-related emissions will directly affect farmers, it will also affect dairy workers. Shortly after the Zero Carbon Act announcement, the government, unions, businesses and Iwi hosted a Just Transition Summit. The New Zealand Dairy Workers Union commented, “As workers who depend on the seasons and produce food from our land, we cannot simply ignore climate change as it will impact on us first. As our industry adapts, as it will, we need to make sure that we do not become the first victims of climate change and that we adapt to meet the challenge and ensure that it is done justly.” 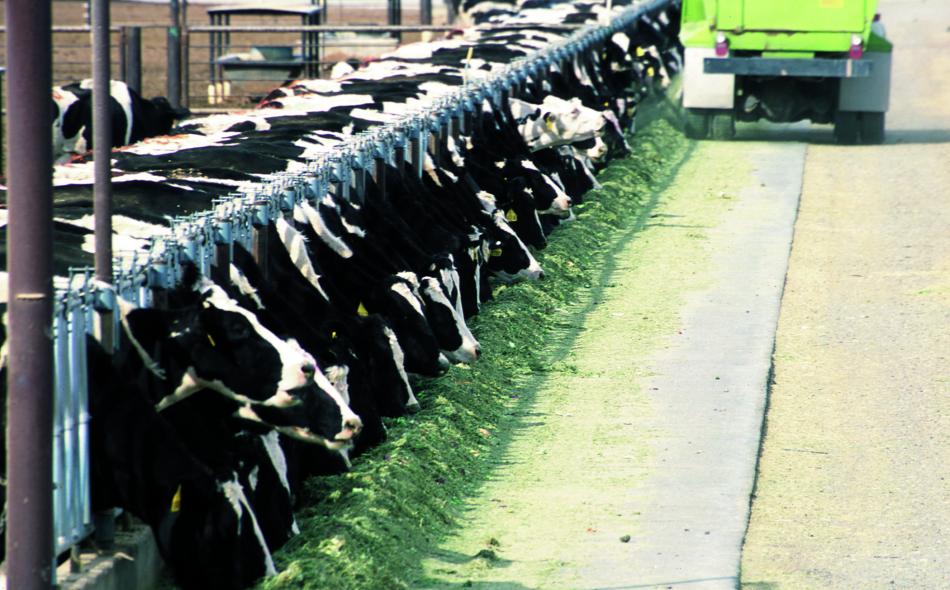 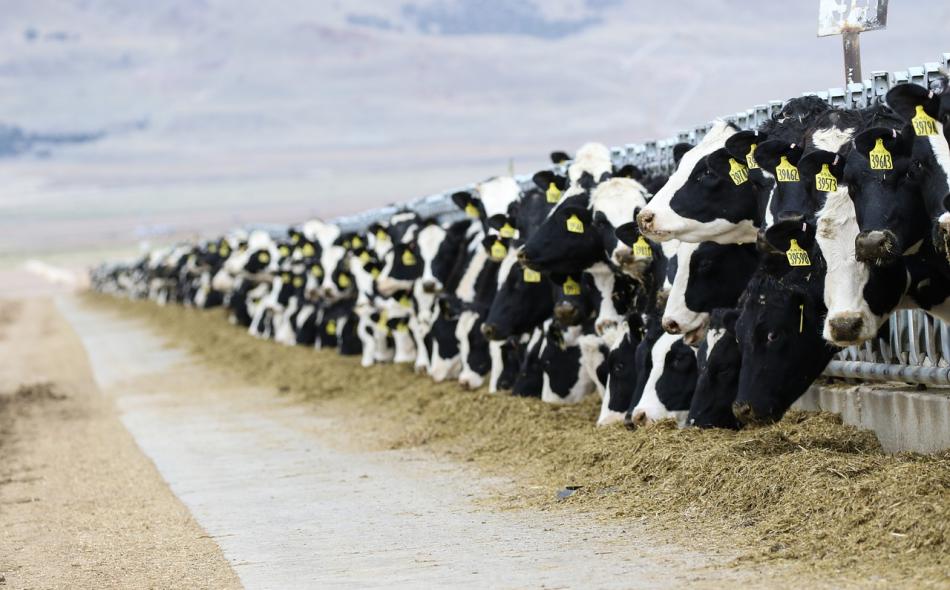 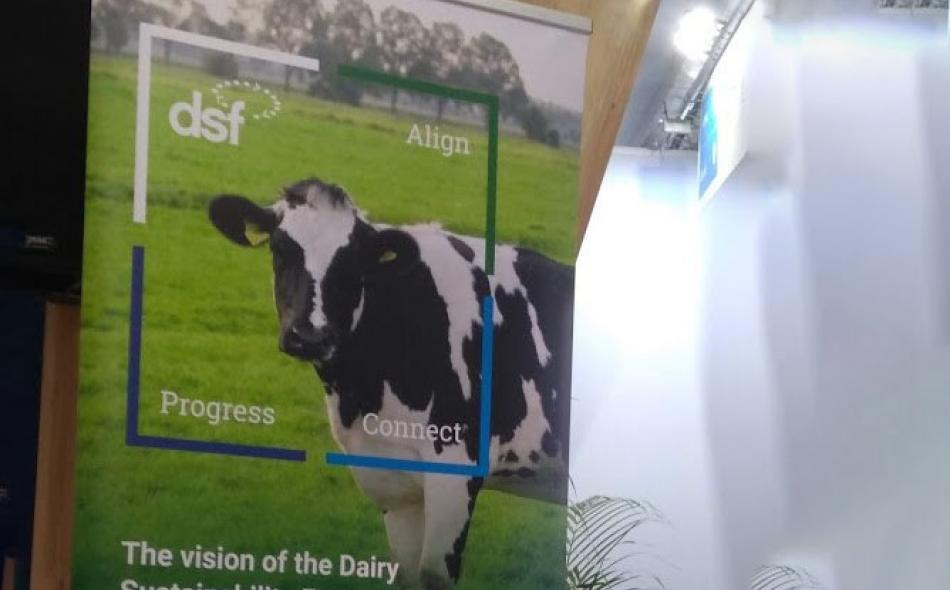 COP 24: Where are countries with dairy emissions?